Journalist Laura Shin of the Unchained podcast said on Tuesday that, while writing her book, she and her sources believe they have uncovered the identity of the person responsible for the catastrophic “DAO hack”.

The event known as “The DAO Hack” took place in 2016, when a malicious actor exploited vulnerabilities in the smart contract code of GenesisDAO, the first decentralized autonomous organization created on the Ethereum network. DAO was founded by Christoph and Simon Jentzsch and became the most successful crowdfunding on Ethereum, raising $139 million. The project died after a flaw in the smart contract was exploited and drained about a third of the funds. This hacker attack not only affected the DAO, but the entire stability of Ethereum, as the developers decided to rollback the network, that is, return to a certain block height on the blockchain as if the hack had not happened. It was a controversial decision and, if there was consensus, the hacker would not have any profit in the criminal operation. But some participants decided to continue on the blockchain where the hack had taken place, this network became known as Ethereum Classic. It trades at around $30.

In a Forbes article, Laura Shin claimed that she had evidence pointing to the attacker being a 36-year-old Australian programmer. help unravel the mystery. The findings discuss a blockchain transaction that allegedly derived from former TenX CEO Toby Hoenisch. “We identified the alleged hacker – he denies it,” the journalist wrote. were “factually inaccurate”. However, she says Hoenisch simply stopped responding when he had the opportunity to rebut the evidence the journalist had found.

Shin’s article also surprised the community when reporting that Chainalysis found that the attacker sent 50 BTC to a Wasabi Wallet. Wasabi is a privacy-focused bitcoin wallet, and Shin claims the transactions went through a Coinjoin and were “unmixed” by Chainalysis, “using a feature that is being disclosed here for the first time,” she added. “In a final step. and crucially, an employee at one of the exchanges confirmed to one of my sources that the funds were exchanged for the privacy currency Grin and withdrawn to a Grin node called grin.toby.ai. (Due to the exchange’s privacy policies, normally this type of customer information would not be disclosed),” Shin wrote. The journalist added: The IP address for this node also hosted Lightning Network nodes: ln.toby.ai, lnd.ln.toby.ai, etc., and was consistent for over a year; it wasn’t a VPN. It was hosted on Amazon Singapore. Lightning explorer 1ML showed a node on that IP called Tenx. As mentioned above, Toby Hoenisch denied the allegations, after Shin sent him a document outlining his evidence. She wrote that he said he would give more details but never responded after the initial email. “Also, after receiving the first document detailing the facts I gathered, he deleted almost all of Twitter history (although I saved the relevant tweets),” adds Shin. Meanwhile, many crypto supporters are discussing the underlying parts. from Shin’s story that detail blockchain surveillance methods. The privacy-centric bitcoin wallet, Samourai, criticized Wasabi about the portfolio mixing scheme after the publication of Shin’s article. “It should be *impossible* for a user to combine a pre-mixed currency with a post-mixed currency,” Samourai tweeted on Tuesday. “This scenario is impossible due to the architecture of JoinMarket and Whirlpool [protocolo de coinjoin da Samourai]. Why is it possible at Wasabi?” In addition to the statement, Samourai attached a tweet from July 2019, which describes the alleged issue.See more:NovaDAX is completing three years! One of the largest cryptocurrency exchanges in Brazil turns three in November and you win! There will be up to 30 currencies with zero fee for transactions and more than 80 currencies listed, with cash available on the spot and high liquidity. Cryptocurrencies with the best rates on the market! Simply activate the free Novawards program and enjoy reduced rates of up to 75%. Discover the NovaDAX Card and order yours now.

Is Bitcoin (BTC) Suffering Because of Ukraine?

Wed Feb 23 , 2022
The escalation in the Donbass of eastern Ukraine is also affecting the price of Bitcoin. The fall in the price of BTC The Last Thursday the price of BTC was around $44,000 and then, partly because of the incessant rumors of a invasion of Ukrainedropped to $40,000 on Friday. On […] 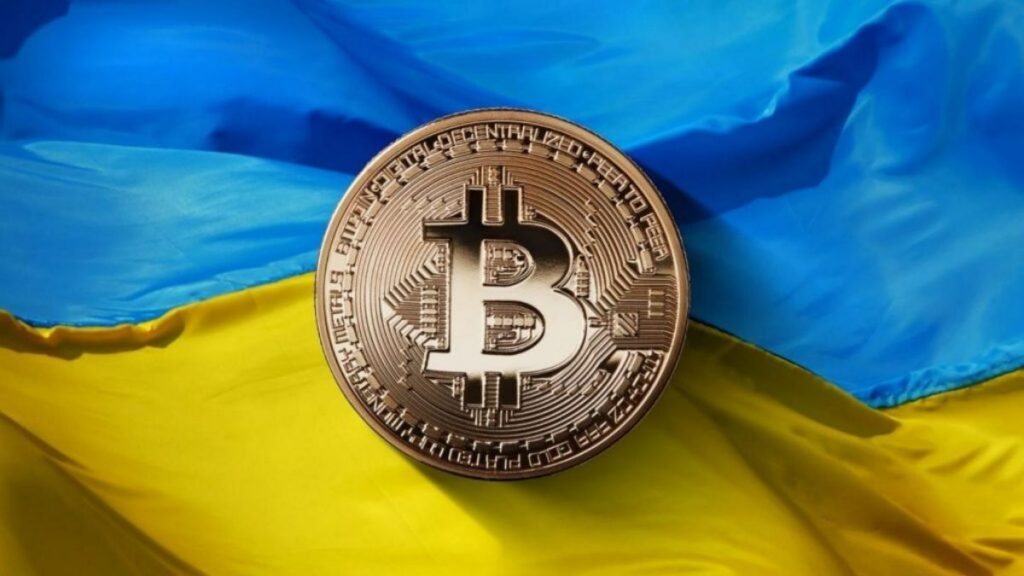