The documentary: “Who Killed Bitcoin?” behind some important criticisms about the paths that were chosen for the implementation of the Bitcoin Core and how this created some problems of centralization in the development led by the Blockstream.

The video has a libertarian bias, evoking the principles on which the Bitcoin was conceived, created and developed by Satoshi Nakamoto, as presented in the original whitepaper. Unfortunately the documentary does not have a Portuguese version, but it is available on youtube on the channel “The Eternal Vigilance” who produced it, with original audio in Spanish, or already dubbed in English.

Click here to watch the original version at Spanish.

“Who Killed Bitcoin?” takes on a historical narrative tone, starting with Roger Ver – one of Bitcoin’s early investors – recounting an emotional case of genocide sponsored by the United States government, which suggests that it was a turning point in his own history for the choices he made. then.

The narrator then begins to recount some problems of the fiduciary system, focusing on the “corralito” – a series of economic measures in Argentina in 2001 that involved freezing funds and a massive bank run, leaving thousands in misery. This justifies the creation of decentralized digital money – outside the control of a central bank – and without the need for intermediaries to provide liquidity and custody. The author of the documentary explains about the creation of e-gold and even comes to the Bitcoin development proposal, by Satoshi Nakamoto. After presenting the central idea, the basic operation of the protocol, mining and the role of each participant – from observer nodes, to common users and miners – we arrive at the controversial discussion about the size limit of blocks. The presenter explains that Satoshi Nakamoto had already foreseen the need to increase the size of the blocks in the famous forum bitcointalk.org, but that Blockstream, responsible for Bitcoin Core, was adamantly against any proposal to increase blocks in the years that followed with the increase in demand and use of the network. The channel “La Eterna Vigilancia” shows that the Bitcoin Core implementation has almost 100% dominance in use over the other implementations, which is detrimental to decentralization, creating a development that is totally dependent on Blockstream. 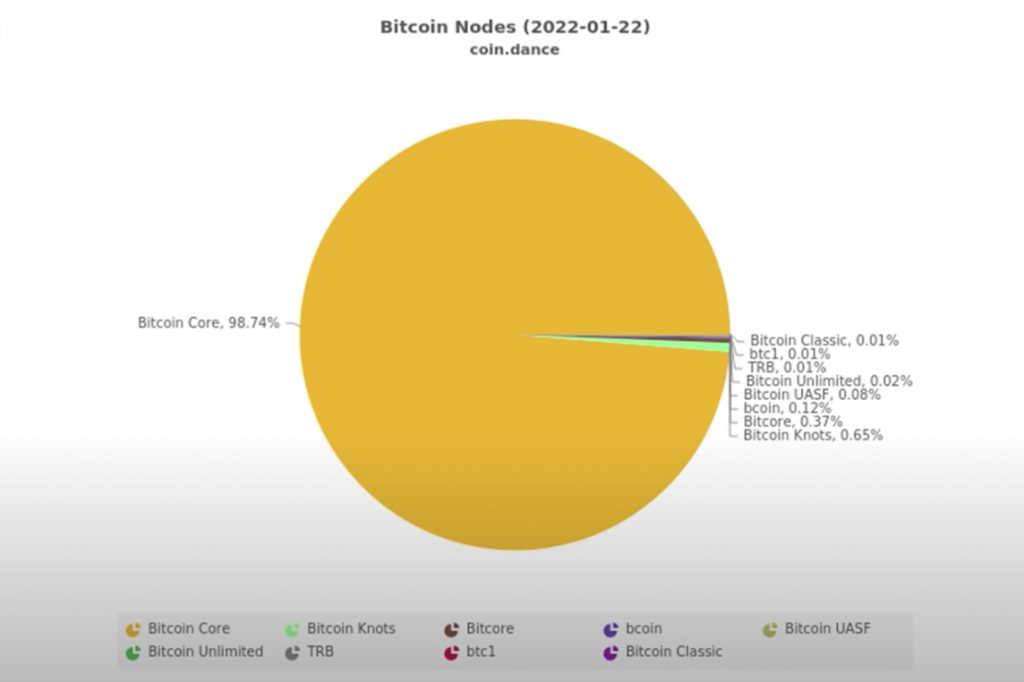 Attempts were made at new node implementations, for example through Bitcoin XT, to improve development decentralization, but anyone who opposed Blockstream’s decisions ended up being removed from communities and discussion groups.

Bitcoin Cash as an alternative

And that’s when the Bitcoin Cash (BCH) in 2017, with developers and nodes led by Roger Ver deciding to hard fork the network to pursue development more geared towards the original whitepaper proposal and focusing on the use and adoption of the network as peer-to-peer electronic money. to-peer and decentralized. At this point it is clear that the documentary is produced by BCH enthusiasts, who continue to make strong criticisms and present real evidence about the influence of large banks and payment networks (such as MasterCard) on Blockstream.

Links are found with government officials who were publicly against BTC, but were part of the business groups involved with the development of Bitcoin Core and all the decisions that, according to the channel, “killed bitcoin.” The development of the Lightning Network itself is put on the agenda, demonstrating that the network inevitably has a tendency to centralize over large liquidity “HUBs”, which are institutional nodes responsible for routing transactions and connecting all channels – more or less as in the system. current banking. This entire case is handled through the identification of an alleged cartel, with the involvement of several parties, including Bitfinex itself – responsible for Tether USD (USDT) – and accusations about the company’s creation of fake money to increase the price of BTC. artificially, making it stand out from the market. *All the facts presented should be verified by anyone interested in the subject and each should do their own research and draw their own conclusions.

The narrator himself, at the end of the video, states that he was once a great enthusiast of the version most accepted by the market, but changed his mind when he found new evidence, as presented in the documentary.

The video is over 40 minutes long and I won’t be able to bring all the information, so it’s highly recommended to watch the entire material if you want to go deeper.

*The writer of this article (Vini Barbosa) does not have Bitcoin Cash (BCH) in the portfolio, but believes that sharing relevant information, evidence and quality content is of utmost importance for the maturation of the market and for each person, investor or enthusiast to be able to draw their own conclusions about the facts.

“Who Killed Bitcoin” it is the type of video that makes you reflect and stimulates curiosity so that the viewer can research about the projects he invests in and supports. It brings a very well researched historical context and, as much as the listener does not believe in some of the evidence presented, they can still end up learning something interesting. If only a part of what was shown in the video is true, it means that a business group managed to stunt the growth of a truly revolutionary technology, creating something that poses no real risk to the cartelized system that Satoshi Nakamoto envisioned to correct. In a model that tends to center more and more over time.

Sat Apr 23 , 2022
In a move to prevent capital outflows, the National Bank of Ukraine has announced new restrictions on cross-border transactions. Part of this prohibits residents buy cryptocurrencies using the national currency, hryvnia. The announcement made on Thursday allowed the purchase of cryptocurrencies with foreign currency and limited the total monthly purchase […] 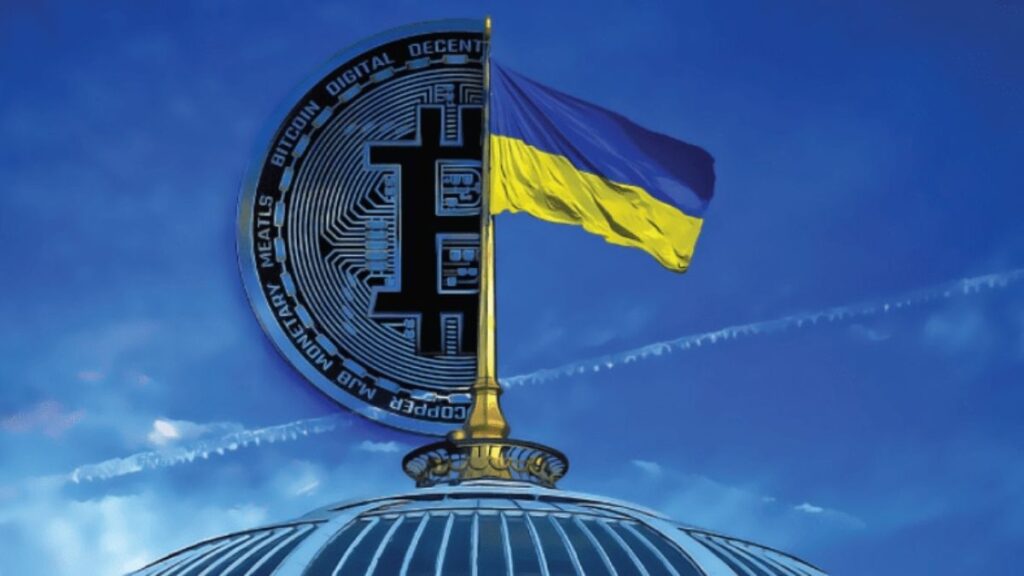