As the cryptocurrency market has grown in the past year, increasing the wealth of investors, so has the amount of charitable donations made with these digital assets; according to Fidelity Charitable.

Fidelity is a North American group that specializes in investment products and other related services. Fidelity Charitable is its philanthropy-focused arm, whose mission: “is to enhance the American tradition of philanthropy by providing programs that make charitable giving accessible, simple and effective.” The company specializing in charitable donations has as its service the creation of a DAF – donor counseling fund – where clients make financial donations that are managed by the fund administrator, allocating the amounts to trusted partner NGOs , according to specific needs. One of the advantages of making donations through the specialized fund is that Fidelity Charitable can accept a variety of assets that many non-profit organizations cannot, such as stocks, bonds and some cryptocurrencies. Last year, two-thirds of donations to the institution were in the form of non-monetary assets, according to the Doa Report 2022 contributions. Total contributions rose to $15.3 billion in the fiscal year ended June, up 43% from the previous 12-month period. While billionaires including MacKenzie Scott and Jack Dorsey – CEO of Block -, have used Fidelity and other sponsors as a way station for their donations, most DAF users are not super-rich. Fidelity manages almost 175,000 DAFs and its average ticket is under US$ 25,000.Of all the amount donated in cryptocurrencies, 88% was carried out in Bitcoin (BTC), while 11% in Ethereum (ETH). The sum of donations in digital assets in 2021 was US$ 331 million, reaching a value almost 12 times greater (1,082%) than that of 2020 – of US$ 28 million. This increase may have occurred for a few reasons , according to the institution:Tax benefits, with exemption from capital gain on donated amounts;Great appreciation of cryptocurrencies in 2021;Increase in the number of cryptocurrency users.

THE Giving Blocka startup that helps nonprofits accept and raise funds in Bitcoin and other digital assets, saw a similar 16-fold jump in crypto donations to $69.6 million last year, according to its annual report. .Co-founder Alex Wilson expects that number to rise again in 2022, even if cryptocurrency prices do not skyrocket like last year. One of the main cryptocurrencies received by the startup was memecoin dogecoinwhich has a very strong and engaged community for this type of action.

Donations to Petrópolis organized by the cryptocurrency community in Brazil

Last week the Brazilian crypto community came together for a common cause. After the sad tragedy in Petrópolis due to floods, with hundreds of deaths and countless losses for the residents of the city located in the state of Rio de Janeiro, several companies in the cryptocurrencies in Brazil, including Cointimes, came together to promote a donation to the Holy Land Education Center. 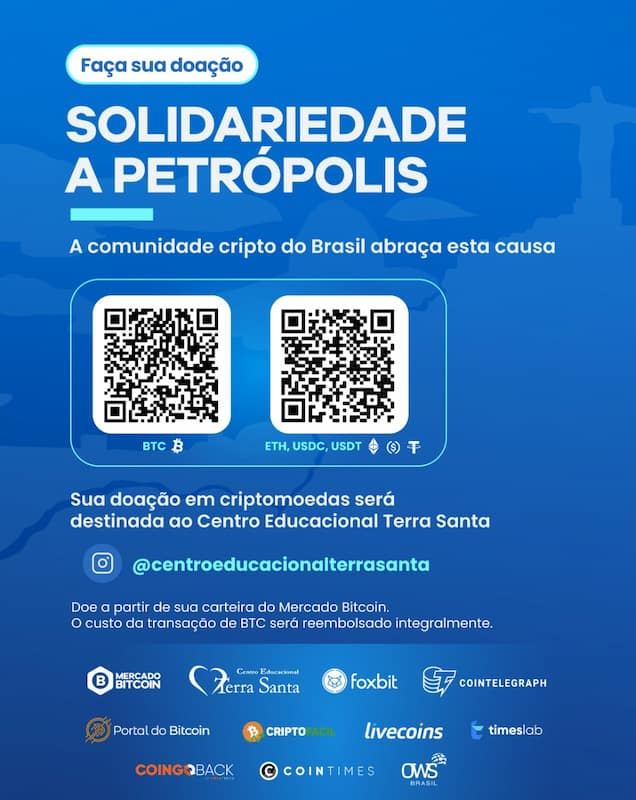 The donations are being brokered by the Brazilian exchange, Mercado Bitcoin, which has made two addresses available to receive donations in Bitcoin (BTC) or through the network of Ethereum with ETH, USDC or USDT.If the donor wants to donate smaller amounts that could be harmed by high fees of the two networks chosen by the company, it is possible to open an account on the Bitcoin Market, buy Bitcoin with them and make the donation internally, being able to count on the reimbursement of fees in this case.

If you like the idea and intend to start making donations to charity with cryptocurrencies from now on on your own, you can take the initiative to talk to the institutions you know and explain the advantages of receiving in this format. cryptocurrencies with lower fees can be an interesting choice and offer an advantage over the others, since you increases the amount received by the charitywithout having to pay more for it. nano (XNO), for example, is a decentralized, secure, first-layer protocol that guarantees fee-free transactions with confirmations in less than a second. The person receiving can have full sovereignty over the funds received, without relying on intermediaries.Read more:Crypto Sector Unites to Raise Funds for Petrópolis VictimsBuy and Sell Bitcoin and Other Cryptocurrencies on Coinext
The complete broker to safely and conveniently invest in the most traded cryptocurrencies in the world.
Register and see how simple it is, visit: https://coinext.com.br

Learn about the beginnings of the most relevant cryptocurrency exchange today

Mon Feb 21 , 2022
Due to its variety of trading options, its versatility of tools that facilitate daily operations and its simple usability suitable for all types of people regardless of their level of experience, CoinEx since 2017 has managed to create an ecosystem capable of solving common problems and satisfying daily needs of […] 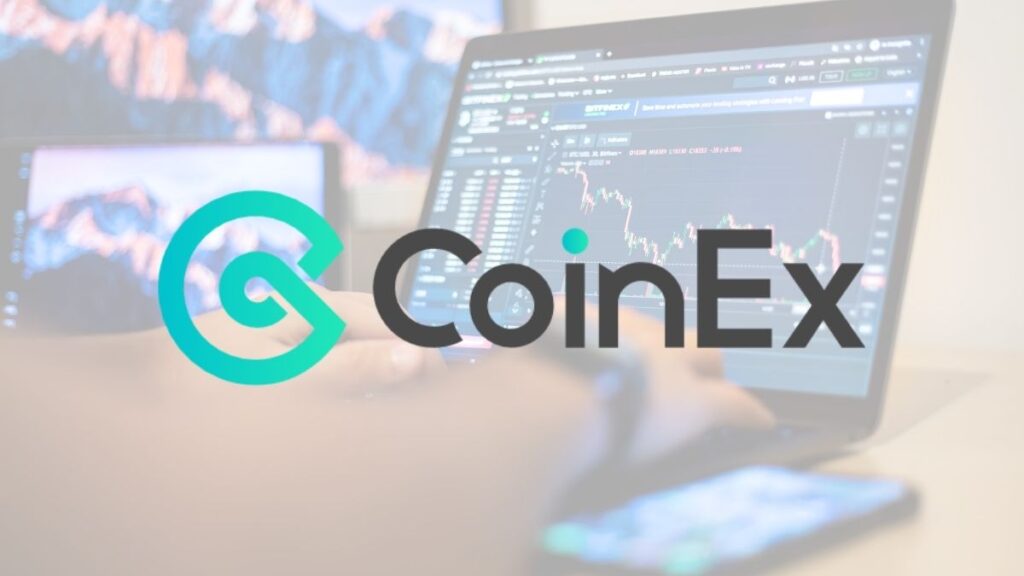