The platforms for trading Bitcoin and cryptocurrencies Robinhood and Coinbase became last night (15), respectively, the most downloaded applications of the day on the App Store, the platform for downloading applications from Apple. they are part of the daily lives of almost all internet users, such as YouTube, Instagram, Tik Tok and Facebook.Most downloaded apps from the App Store. Source: Appanie. Coinbase entered the top 10 and reached second position yesterday, following its direct listing on Nasdaq on April 14th. Before becoming a public company, Coinbase reported its impressive numbers. In total, the company currently has more than 56 million verified users, of which 6.1 million made monthly transactions on the platform.

Also yesterday, Robinhood suffered from instabilities in its platform due to an “unprecedented demand” for cryptocurrencies that caused congestion in the company's services. December 2017. Just two weeks after the event, corrections in the market started.Read more: Dogecoin overcomes Cardano and takes the top 5 cryptocurrencies

Mon Apr 19 , 2021
In the last 24 hours the Dogecoin cryptocurrency has risen 175%, what happened to the most beloved meme cryptocurrency in the cryptocurrency market?Read also: Dogecoin, the most valuable meme in historyAccording to data from Coingolive, Dogecoin is in 5th place in the marketcap ranking of the crypto market as the […] 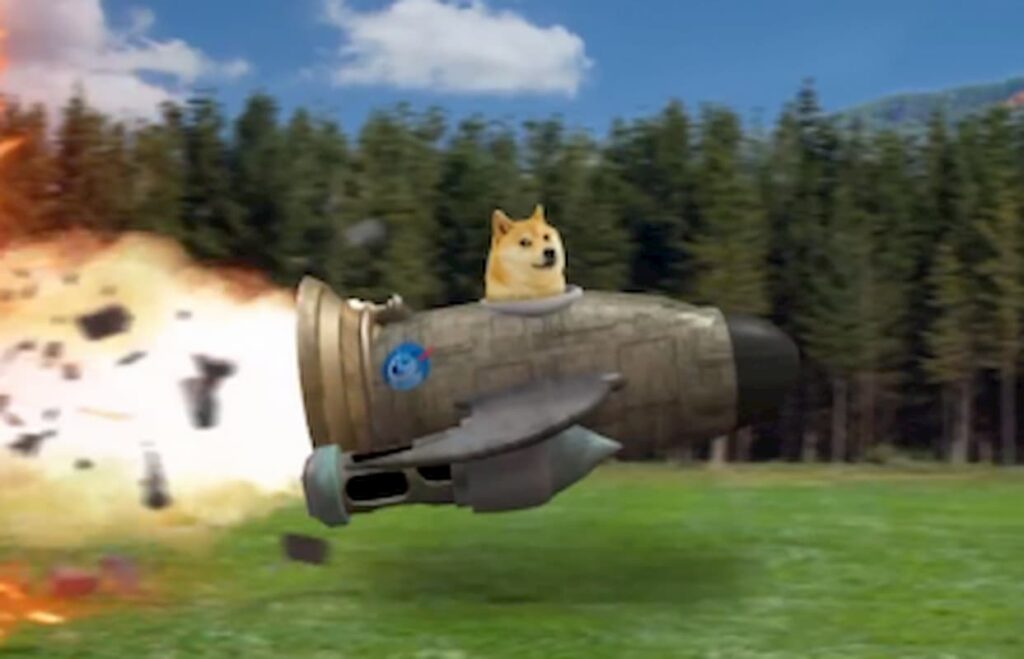