A report released by the Biden administration this week warns that digital assets pose a risk to the US sanctions program. “Technological innovations such as cryptocurrencies, alternative investment platforms and new ways to hide international transactions could reduce the effectiveness of US sanctions,” according to the US Treasury Department report. […]

A report released by the Biden administration this week warns that digital assets pose a risk to the US sanctions program.

“Technological innovations such as cryptocurrencies , alternative investment platforms and new ways to hide international transactions could reduce the effectiveness of US sanctions,” according to the US Treasury Department report.

“These technologies provide opportunities for malicious agents to store and transfer funds outside the traditional financial system. They also give our adversaries autonomy to continue developing new financial and payment systems to minimize the global role of the dollar,” he added.

So far, the United States has imposed more than 9,000 sanctions.

Sanctions have long served as a pillar of US policies abroad, targeting states like North Korea and Iran because of their roles in human rights abuses, terrorism or other illegal activities.

The Biden Administration's Attack on Cryptoactives

With regard to digital assets, the report makes two main recommendations.

First, the administration wants to ensure that sanctions are easily understood, enforceable and adaptable.

“[The] Treasury can build on existing reach and interaction resources through improved communication with industry, financial institutions, allies, civil society and the press, as well as new constituencies, particularly in the digital assets sector.” explained the report.

Second, the document calls for investments to be made in modernizing the Treasury's sanctions regime.

“More specifically, the Treasury should invest in deepening its knowledge and institutional capabilities of the growing digital assets and financial services sector to support the full lifecycle of activity sanctions,” the report added.

The Treasury report also reiterates the Biden administration's repeated warnings about the role of digital assets, such as cryptocurrencies, in illicit financial activities.

The Biden administration has repeatedly demonstrated that it takes the national security risks of digital assets and cryptocurrencies seriously.

Motivated by massive ransomware attacks against Colonial Pipeline and meat processing company JBS , the US Department of Justice announced that ransomware would be considered a priority level similar to that of terrorism.

At the time, Anne Neuberger, deputy national security adviser, said the administration was working to crack down on the use of bitcoin (BTC) and other cryptocurrencies for illegal activities.

crypt in the world

Concerns about crypto by the Biden administration are well justified, given the plethora of evidence that bad agents use cryptocurrencies to evade sanctions or create financial loopholes.

This year, Hamas (regarded as a terrorist organization by the US, UK and other countries) admitted to having experienced an increase in bitcoin donations followed by a new conflict with Israel.

"There has undoubtedly been an increase in bitcoin donations," said a Hamas representative at the time, adding that "part of the money is used for military purposes in order to defend the basic rights of the Palestinians."

The far right has also discovered the usefulness of cryptocurrencies.

In September, it was reported that Andrew Anglin (founder of the neo-nazi website Daily Stormer) had received nearly $5 million in bitcoin since January 2017.

In February of this year, Anglin turned to monero (XMR), a privacy-focused cryptocurrency, possibly abandoning bitcoin because of concerns that transactions were publicly visible.

Dotz announces exchange of points for bitcoins in partnership with Foxbit

With the intention of increasing its range of advantages for its customers and contributing to the popularization of cryptocurrencies, the...

The Dotz content announces exchange of points for bitcoins in partnership with Foxbit first appeared in Cointimes . 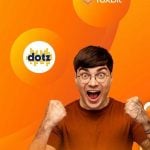