The cryptocurrency market is once again in the red, influenced by the flight of risky assets and increased demand for security. Bitcoin is down 3.3% in the last 24 hours to $29,115, according to data from CoinGecko. In Brazil, BTC drops 2.5%, trading at R$145,106, according to the Bitcoin Portal Index (IPB). US stock markets had another session of losses on Wednesday (18) amid expectations of a recession in the United States and weak data from the retail sector in the country. The technology-focused Nasdaq tumbled 4.7%, while the S&P 500 tumbled 4%, its worst percentage drop in two years. Jared Dillian, a columnist for Bloomberg, believes the current crypto winter will be “long, cold and hard”. He believes in the recovery of cryptocurrencies, but with the current process of natural selection between good and bad projects, many will not be able to recover, he assesses. Below $2,000, Ethereum (ETH) is down 5.5% and has accumulated a seven-day low of 7.1%. In an interview with InfoMoney, Tone Vays, a veteran cryptocurrency trader and former JPMorgan executive, showed a pessimistic view for the second largest cryptocurrency. “(…) I deal with Ethereum as something you can trade but not hold for the long term,” said Vays, known for being a “Bitcoin maximalist.” MicroStrategy’s new chief financial officer, Andrew Kang, told the Wall Street Journal that the long-term buy-and-hold strategy of Bitcoin will not change, despite the cryptocurrency’s sharp devaluation, which has affected the value of the analytics software firm’s holdings. . Crypto winter has also arrived in hot and sunny Miami. MiamiCoin (MIA), a token created by the city in 2021, has plummeted 90% since its high, data from CoinMarketCap shows. The devaluation puts in check the dream of the mayor of Miami, Francis Suárez, of transforming the city into the crypto capital of the world. Major altcoins also operate with strong losses this Thursday (19) such as Binance Coin (-2.2%), XRP (-6.4%), Cardano (-9.3%), Solana (-9.6 %), Polkadot (-8.6%), Dogecoin (-6.5%), Avalanche (-16.2%) and Shiba Inu (-7.1%), according to data from CoinGecko.

The official vote began on Wednesday (18) to decide whether or not the Terra cryptocurrency (LUNA) will undergo a “hard fork”, which would result in a new token on the market. Some 84% of the votes so far are in favor of the change, but a preliminary independent poll showed that 92% of respondents were against the proposal. Voting ends next Wednesday (25). Entrepreneur Do Kwon, founder and CEO of Terraform Labs – as well as co-founder Daniel Shin – could face lawsuits and have assets confiscated after the project failed last week, according to information from the law firm LKB & Partners to the South Korean newspaper Munhwa. Ilbo.

Starting this Thursday (19), customers of the Bitcoin Market, the largest platform for digital assets in Latin America, will have access to the USDC stablecoin issued on the Stellar network, which offers cheaper transactions when compared to the Ethereum blockchain. It is the first time that the Bitcoin Market supports the same asset on multiple networks. “USDC is a stablecoin based on a real asset, the US dollar, with one-to-one backing. This facilitates its use for currency protection purposes and a ‘safe haven’ during times of high volatility”, emphasizes Reinaldo Rabelo, CEO of Mercado Bitcoin.

Elon Musk, CEO of Tesla, did not rule out the possibility that, if it goes ahead with the acquisition of Twitter, the social networking platform could become a “superapp” similar to the Chinese WeChat, which also makes payments. Musk appeared on Wednesday’s “All-In” podcast.

A new cryptocurrency exchange arrives on the Brazilian market. Rodrigo Batista, who helped found the Bitcoin Market, launched Digitra.com, a crypto-asset trading platform that raised US$5 million with Profitus Participações, the investment firm of Ricardo Vilella Marino, heir to Itaú, according to Pipeline, website. business of Valor Econômico. The new platform debuts in June.

Bitso started operating in Colombia, its fourth market, where it expects to reach 1 million customers this month alone, said co-founder and CEO Daniel Vogel. Currently, the Mexican crypto platform has 4 million customers in Mexico, Brazil and Argentina, as per Reuters.

to Elo, which launched a non-fungible token earlier this year, announced a challenge aimed at startups looking to create projects and explore opportunities in the cryptocurrency sector to “increasingly democratize the means of payment”, according to Exame. With registration open until June 15, the challenge will select up to 10 startups.

Venture capital investor Marcelo Claure continues to bet on Latin America’s innovation potential. “These last three years were remarkable, even in these difficult times we managed to obtain incredible returns”, he said during the New Economy Gateway Latin America event, organized by Bloomberg in Panama City.

The US and European governments will not be able to regulate cryptocurrencies alone, points out Michael J. Casey in an analysis by CoinDesk, highlighting the need to work together and with legislators from other parts of the world. “When dealing with technology that doesn’t care about currencies, a borderless approach is needed.”

In Brazil, the president of the Chamber of Deputies, Arthur Lira (PP-AL), sent to the Special Commission of the Legislative House last Tuesday (17) bill 4401/2021, which regulates virtual assets. The matter is urgently processed and could be voted on at any time by federal deputies, according to Livecoins.

The city of Sao Paulo can start accepting cryptocurrencies for property tax payments, according to Livecoins. On Wednesday (18), a bill with the proposal, authored by councilor Marlon Luz (MDB), was released by the Official Gazette of the municipality.

In RussiaIndustry and Commerce Minister Denis Manturov said on Wednesday that the country will legalize cryptocurrencies as a means of payment “sooner or later,” according to Reuters.

In Argentinethe use of cryptocurrencies continues to expand despite restrictions imposed by the country’s central bank, highlights the Financial Times.

Binance is in contact with regulators in Germany eyeing a license to operate in the country, just over a year after it was scolded for offering stock-like tokens without publishing a prospectus for investors, according to Bloomberg.

Coinbase, the largest U.S. cryptocurrency exchange, is launching a global think tank to guide the political debate on digital assets as regulators and the U.S. Congress consider how to regulate the sector. The idea is for the Coinbase Institute to accelerate research on cryptocurrencies and Web3.

The Joe Biden government wants to lobby Congress for cryptocurrency exchanges to keep customer money separate from their own corporate funds, a person familiar with the plan told CoinDesk.

The number of cases of alleged fraud and digital asset manipulation continues to increase, Rostin Behnam, chairman of the Commodity Futures Trading Commission (CFTC), said during a crypto industry conference in New York on Wednesday. Therefore, the agency intends to reinforce resources to fight financial crimes in this area, he said.

Panamanian President Laurentino Cortizosaid it will not sign the bill regulating the use of cryptocurrencies until the legislation includes stricter controls against money laundering, according to Bloomberg.

A 29-year-old businessman from Paraná had about BRL 250,000 in cryptocurrencies diverted from his Binance brokerage account in the last month, according to UOL’s Tilt website. The case is investigated by the Civil Police’s cyber crimes department. Binance had not commented as of press time.

Sony is in a good position to play a leading role in the metaverse, said Sony CEO Kenichiro Yoshida, pointing to the use of Epic Games’ Fortnite game as an online social space. Sony’s games, music and movies units contributed two-thirds of the Japanese conglomerate’s operating income in the year ended March, according to Estadão.

Sport Club Bahia announced on Wednesday (18) a partnership with Socios.com for the launch of its fan token $BAHIA, which offers a series of benefits to fans, according to the newspaper A Tarde. $CHZ, the sports and entertainment token that powers Socios.com, is available on the Bitcoin Marketplace.

What is happening with My Daily COP and its “stable coin” DLY?

Thu May 19 , 2022
My Daily COP is a platform that has a “token” that promises to be a P2P payment solution with a value anchored to the Colombian peso. Today we will talk about what is happening with Daily COP and we will be shedding light on recent events, as quite a few […] 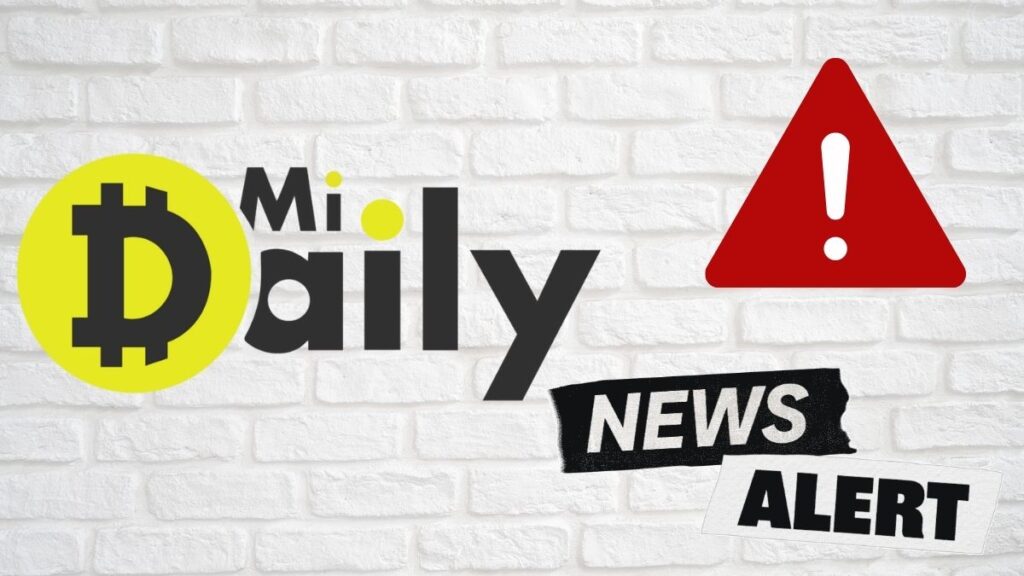