The cryptocurrency market reduces losses from the weekend amid the escalation of the conflict between Russia and Ukraine and operates with stability in the morning of this Monday (14). Bitcoin has shown little change over the past 24 hours, trading at $39,085.69, according to CoinGecko. Ethereum was up 0.6% to trade at $2,595.95. In Brazil, Bitcoin is down 0.3%, quoted at R$ 198,570.19, according to the Bitcoin Portal Index (IPB). Dogecoin (DOGE) is up 10% in the Asia session after Tesla CEO Elon Musk said in a tweet overnight that it is not selling its positions in BTC, ETH and Dogecoin. The price of the meme coin, however, is operating at a slight increase of 0.4% at the moment. But the advance of Russian troops into Ukrainian territory also intensified the losses of major cryptocurrencies over the weekend. On Sunday, a Russian missile attack on a Ukrainian military training center just 10 miles from the Polish border killed 35 people, according to various reports, and threatened to escalate conflict beyond Ukrainian borders. Since Russia started the attack on Ukraine, Bitcoin has gone up and down in the $37,000 to $45,000 range it had entered at the end of January. “It was another indecisive and limited week for Bitcoin and the cryptocurrency markets where the leader failed to make any significant progress on the upside,” Joe DiPasquale, CEO of fund manager BitBull Capital, wrote in a text message to CoinDesk. Most cryptocurrencies trade at a loss on Monday: Binance Coin (-0.8%), XRP (-4.1%), Cardano (+1.7%), Avalanche (-2.7%), Polkadot (-2.1%) and Shiba Inu (-2.2%).

Fingerprint: Block (SQ), formerly known as Square, said the payments company’s developing bitcoin wallet will allow fingerprint sensors for transactions, according to a company blog post on Friday, a tool that seeks to combine security and ease, according to the publication. new startup: Alex Kriete and Greg Girasole, co-heads of digital assets at Citigroup, announced on LinkedIn that they are leaving the bank for the development of a new cryptocurrency company. The executives, who led the Citi unit created in June 2021, promise more details in the coming weeks. Slice purchase: CoinShares International increased its stake in Swiss bank FlowBank to 29.3% in a transaction worth 24.7 million francs ($26.5 million). With the deal, the digital asset investment firm becomes a controlling shareholder along with FlowBank CEO Charles Henri Sabet, a spokesperson told Bloomberg. crypto marketing: Actor Cauã Reymond is now part of the trio of ambassadors for the Mexican cryptocurrency exchange Bitso, alongside Fernanda Gentil, journalist and TV presenter, and Gabriela Prioli, lawyer and political commentator. In 2018, the actor was also the poster boy for a major marketing action by Atlas Quantum, accused of one of the largest financial pyramid schemes with bitcoin in Brazil. Meanwhile, the country singer Bruno, who is a duo with Marrone, recorded a song side by side with the fugitive from justice Danilo Santana, who lives in Dubai. The clip was released on Friday (11) on Youtube. Regulation and CBDCs Bolsonarista Token: The website “Mito 22”, which presents itself as a supporter of President Jair Bolsonaro (PL), sells a homonymous token on the internet under the pretext of collaborating with the production of campaign material, such as t-shirts and flags. Consulted by Estadão, the Superior Electoral Court stated that it was unaware of the initiative, noting that the legislation prohibits the use of cryptocurrencies to fund campaign goods and services.. “MITO22” uses the Binance system and, according to developers, there are 22 million units in total. EU voting: The Committee on Economic and Monetary Affairs of the European Parliament votes this Monday (14) on a regulatory framework that could jeopardize the use of cryptocurrencies based on the proof-of-work (PoW) consensus, such as Bitcoin and Ethereum, in countries members of the European Union. People familiar with the matter told CoinDesk that a slim majority of lawmakers could defeat the controversial MiCA (Markets in Crypto Assets) clause, which seeks to force migration to energy-efficient consensus mechanisms. Bitcoin Securities: El Salvador seeks the right time to launch a Bitcoin-backed security, which could happen between March 15 and 20, Finance Minister Alejandro Zelaya said in an interview with Reuters. But the minister stressed that the issuance is also conditioned to the war in Ukraine.. war and sanctions Banks and crypto in the US crosshairs: The United States Department of Justice said that banks, cryptocurrency exchanges and other financial institutions serving Russian oligarchs sanctioned by the US government will be in the “crosshairs” as it details the agenda of the special task force “KleptoCapture”, created to enforce sanctions in response to Russia’s invasion of Ukraine, the Financial Times reported. The U.S. Treasury Department also released a directive on Friday detailing how cryptocurrencies must not be used to evade sanctions imposed on Russia. Refuge in Dubai: Cryptocurrency companies in the UAE are being inundated with requests from Russians to settle billions of dollars in virtual currencies, executives and financial sources told Reuters. Dubai has long been a magnet for the ultra-rich. And the UAE’s refusal to take sides between its Western allies and Moscow attracts Russians looking for a safe place for their money. Metaverse, Games and NFTs Purchase of CryptoPunks: Yuga Labs, the company behind one of the largest and most valuable collections of NFT in the industry, the Bored Ape Yacht Club, announced on Saturday the purchase of the intellectual property rights to Larva Labs’ CryptoPunks and Meebits collections. sports Bet on fan tokens: In an article in E-Investidor, Fabricio Tota, director of the Bitcoin Market, highlights that the tokenization of football articles for fans is a full plate for Brazilian clubs, with many large teams still without a token, as well as teams from the countryside or large medium that could take advantage of this engagement. future of sport: Non-fungible tokens and digital assets are one of the top ten trends in the sports industry, according to the Sports Outlook 2022 report by PricewaterhouseCoopers. From changing technology infrastructure to boosting fan engagement, the report lists three top use cases for NFTs that have the potential to shape the future of sports, highlights Cointelegraph.

Mon Mar 14 , 2022
The Shiba Inu (SHIB) community is well aware of the project’s expanding digital footprint. What started as a decentralized exchange, Shiba Inu’s range of offerings has now extended to blockchain, metaverse, and NFT gaming. As a result, its popularity has not been limited to a single geographical boundary and its […] 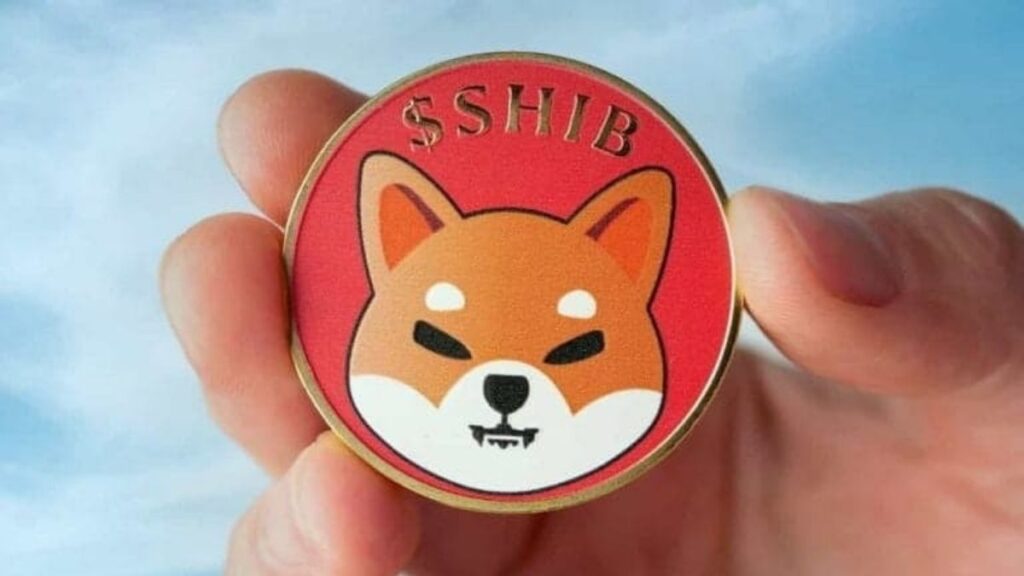