The cryptocurrency market reduces the volatility of the last few days, but presents mixed performance this Friday (18). Bitcoin (BTC) has seen little change over the past 24 hours, trading at $40,729.41, according to data from CoinGecko. Ethereum (ETH) is up 1.5% to trade at $2,809.99. In Brazil, Bitcoin is down 1.1%, quoted at R$205,166, according to the Bitcoin Portal Index (IPB). Amid a week with interest hikes by the Federal Reserve, an impasse in negotiations between Russia and Ukraine and signs of accelerating inflation in several countries, Bitcoin, the largest cryptocurrency by market cap, is still up 3.3% in recent years. seven days, while Ethereum, the second largest, advanced 7.3% in the period. In the macro scenario, analysts expect limited gains for the dollar, which could be positive for Bitcoin, according to an analysis by CoinDesk, which highlights the low trading volume of the cryptocurrency among the largest exchanges. “The US dollar has appreciated since Russia began its invasion of Ukraine, which is not surprising given that the dollar has a history of gains in response to geopolitical events,” highlights a report from MRB Partners, a global investment firm. investment research. “However, this strength was usually followed by a consolidation phase.” Other cryptocurrencies show mixed performance on Friday such as Binance Coin (+0.7%), XRP (+0.1%), Cardano (-1.5%), Avalanche (+4.1%), Polkadot (+ 2.1%), Dogecoin (-1.6%) and Shiba Inu (-2.4%).

In the latest events of the invasion of Ukraine, Russian missiles hit the city of Lviv in the west of the country, until then protected from the conflict, reported the New York Times. US President Joe Biden is in talks with Chinese leader Xi Jinping on Friday with the aim of dissuading China from supporting the Russian government. Speaking to the U.S. Senate Banking Committee on Thursday, cryptocurrency experts said the market is considered “too small” for Russia to be able to circumvent sweeping sanctions imposed by the West. “We have seen no evidence that Russia or (Vladimir) Putin systematically uses cryptocurrencies to avoid sanctions,” said Jonathan Levin, co-founder of Chainalysis. Democratic U.S. senators introduced a bill on Thursday that would allow the president to penalize foreign cryptocurrency companies that do business with sanctioned Russian entities and bar them from transacting with U.S. customers, according to Reuters.

DeFi Risk: In the study “DeFi: Shadow Banking 2.0?” Published by Bloomberg, Hilary Allen, a law professor at American University’s Washington College of Law, compares decentralized finance, or DeFi, to derivatives such as the CDS (credit default swap) and mortgage-backed securities, which have strangled the financial system for longer. of a decade. Allen highlights that the three instruments have the same leverage, complexity and rigidity and warns of the risks of financial institutions entering DeFi with the offer of stablecoins, for example, or interest rates above market rates. XRP distribution: Ripple, the payments company behind cryptocurrency XRP, announced on Thursday that it will distribute 1 billion tokens to accelerate the development of new use cases for the company’s blockchain. Binance in Brazil: In an article published by Portal do Bitcoin, accountant Ana Paula Rabello and experts comment on how Binance would have to comply with Brazilian legislation and what this could mean for customers in the country after the announcement of the exchange’s CEO, Changpeng “CZ” Zhao, that the broker will open an official operation in Brazil. The company’s physical headquarters and tax domicile are currently unknown, even though it has been the subject of investigation and bans in several countries.

Process against the Goal: The Australian Competition and Consumer Commission (ACCC) has sued Meta Platforms and Meta Platforms Ireland for alleged “false conduct” in publishing fraudulent advertisements featuring Australian celebrities to promote cryptocurrency investments, according to a statement published on Friday. -fair. A spokesperson for Meta in Sydney told Bloomberg that he doesn’t want his ads to harm Facebook users and that the company will look into the agency’s complaint. EU alert: The European Supervisory Authorities warned of the risks of crypto assets, classified as “a highly risky and speculative investment” in a statement released on Thursday. The agencies point out that the alert comes in the context of growing consumer activity and interest in crypto assets and the “aggressive” promotion of these assets and related products to the public, including through social media. nuclear secret: The American couple who tried to sell secrets of US nuclear submarines even asked for US$ 5 million for the material. When negotiating with an undercover FBI agent, Jonathan and Diana Toebbe managed to receive $100,000 in cryptocurrencies — to then be arrested, ending the case, Folha reported. IMF requirement: The Argentine Senate on Thursday night approved a $45 billion debt deal with the International Monetary Fund linked to text that includes a provision that discourages the use of cryptocurrencies, CoinDesk reported.

ApeCoin listing: The Bitcoin Market on Thursday (17) listed the ApeCoin token from Yuga Labs, owner of the Bored Apes Yacht Club collection of NFTs, which has already won over celebrities such as Neymar and Justin Bieber. Recently, Yuga Labs purchased the copyright to the CryptoPunks collection. Those who buy ApeCoins will be able to vote on the decisions of ApeCoin DAO, an organization created to manage the future projects of the community, highlighted Valor. The token skyrocketed at launch to as high as $39.40, according to data from Coinbase and CoinMarketCap, but later reduced gains. Privileged information? In the days leading up to Yuga Labs’ purchase of the intellectual property rights to Larva Labs’ Meebits collection on March 11, more than 12 addresses on the Ethereum blockchain purchased a large amount of non-fungible tokens, Bloomberg reports. On March 12, the minimum sale price rose to 6,134 Ethereum, or around $15,800, almost double two days earlier. Experts say that due to confidentiality and weak regulation around NFTs, it is difficult to know if information was leaked before the deal. Larva Labs and Yuga Labs did not comment. Confusion as an attractant: In an article in the Financial Times published by Valor, Tim Bradshaw highlights that, for most people, the very concept of an NFT – a digital work of art that uses blockchain technology to prove ownership – is still felt to be impenetrable, and the airs of speculation that surround him are even more disturbing. But for engaged NFT operators, many of whom have embraced the “degenerate” label, the confusion is simply part of the appeal. NFTs on the NBB: The National Basketball League has entered the world of NFTs. The first action will be in the Jogo das Estrelas, more precisely in the Burrowing Tournament, sponsored by Penalty and which takes place this Friday, at Arena 1 of the Olympic Park, in Rio, reported Estadão. digital identity: CPQD is launching CPQD iD, a decentralized digital identity solution based on blockchain technology, developed with the aim of giving more security to the authentication of people, companies and also things. The CPQD iD will be used in the use case to be developed by Mercado Bitcoin in partnership with CPQD, Bitrust and ClearSale to evaluate applications of a national cryptocurrency issued by the Central Bank.

proprietary fans: Alex Rodríguez, former New York Yankees baseball player, highlighted the advantages of blockchain technology during a Futures Industry Association conference in Boca Raton, Florida. “With blockchain, I think millions of people around the world will have the opportunity to own a team or at least have a small stake,” according to the Tech Times.

Fri Mar 18 , 2022
The Hydra team has reached a new milestone, bringing the long-awaited protocol closer to launch. Cardano founder Charles Hoskinson took to Twitter to congratulate the team on the achievement. First Hydra Heads Released on Cardano Testnet The Hydra team revealed that they have opened the first Hydra Heads on the […] 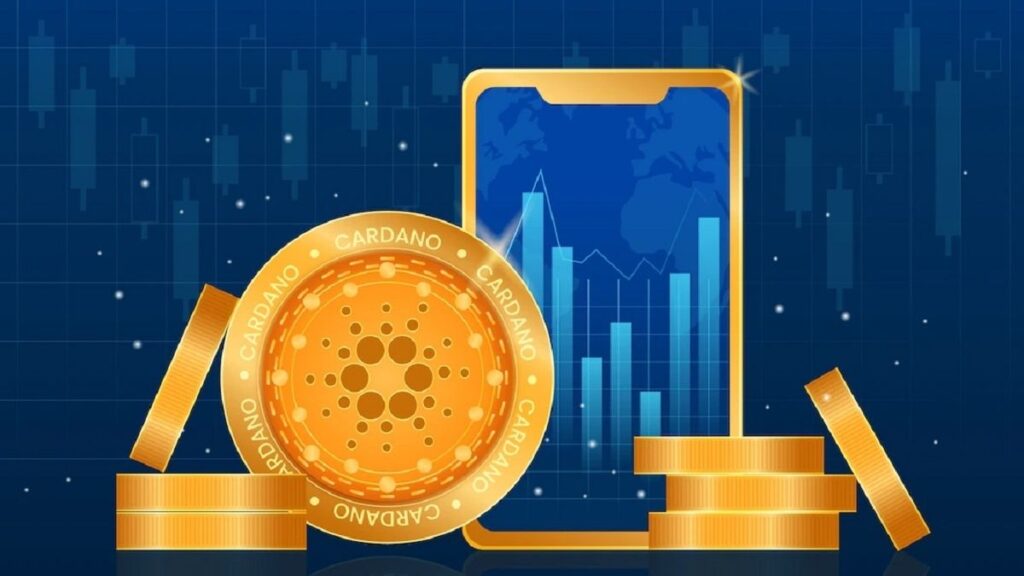