The cryptocurrency market is trying to recover after the losses of the last few days amid growing geopolitical tension. Bitcoin (BTC) is up 1.9% over the past 24 hours, trading at $38,904, according to data from CoinGecko. Ethereum (ETH) is up 1.8% at $2,578. In Brazil, Bitcoin advances 1.89%, trading at R$199,553, according to the Bitcoin Portal index. Ukraine’s President Volodymyr Zelensky spoke from his cabinet for the first time since the start of the war and said he was not in hiding. In a sign of defiance of Vladimir Putin and showing confidence in the defense of the capital Kiev, the Ukrainian president released a video with cellphone images showing his exact location. The Ukrainian government claims to have shot down two Russian planes over Kiev, according to the New York Times. Russian Deputy Prime Minister Alexander Novak, who also heads the energy portfolio, warned that Western countries risk seeing the oil price at $300 a barrel and the possible blockage of the main Russia-Germany gas pipeline if the governments comply with threats to ban Russian oil imports, according to Reuters. The news shook global markets, and equity indices in Europe and Asia are approaching a bearish period, down nearly 20% from recent highs. “People are reevaluating what the role of cryptocurrencies is in the portfolio, because they have certainly behaved more like stocks than a hedge against risk and inflation. Because, frankly, if they’re a hedge against inflation, they should perform better,” Victoria Greene, founding partner and chief investment officer at G Squared Private Wealth, said in an interview with Bloomberg. The world’s largest cryptocurrency has been trading below its 200-day moving average for 70 consecutive days, one of the longest streaks on record, Jake Gordon, analyst at Bespoke Investment Group, told Bloomberg. For many analysts, if Bitcoin manages to break above the 200-day moving average – for the first time since January – this could be a sign of future gains. BTC is also trading below average prices over the past 50 and 100 days. Other cryptocurrencies show mixed performance on Tuesday: Binance Coin (+2.7%), XRP (-2%), Cardano (-0.7%), Avalanche (-0.8%), Polkadot (+2, 6%), Dogecoin (-0.9%) and Shiba Inu (+1.2%), indicates CoinGecko.

Santander loans: The Spanish bank is launching loans in Argentina backed by tokenized commodities such as soybeans, corn and wheat, CoinDesk reported. During a test period in February, Santander provided loans to Argentine farmers in partnership with Agrotoken, a Buenos Aires-based agricultural commodity tokenization platform. Santander and Agrotoken plan to offer token-backed loans in Brazil in June and in the US later this year, said Ariel Scaliter, co-founder and chief technology officer at Agrotoken. Binance’s New Bet: The exchange announced on Monday (7) the creation of Bifinity, a payments company that will enable transactions from fiat currencies to cryptocurrencies and create a simple system for merchants and service providers to accept crypto. The new service will support more than 50 cryptocurrencies and will be compatible with the most traditional means of payment in the world, such as Visa and Mastercard. Expansion in Europe: FTX announced on Monday (7) its entry into Europe through FTX Europe. According to a statement from the cryptocurrency exchange, the new division of FTX has already received the green light from CySEC, the Cyprus securities commission, to offer products and services on the continent using the European version of its platform, Exame reported. Trading in Russia: Russian investors appear to continue trading Bitcoin and other cryptocurrencies, even with stricter sanctions. While total flows appear relatively low, data from blockchain analysis firm Kaiko published by Bloomberg shows trading volume for ruble-denominated Bitcoin rose Saturday to its highest level this year. Coinbase blocks Russian accounts: The largest US exchange said it has blocked more than 25,000 addresses related to Russian entities or citizens it believes are involved in illicit activities. Coinbase added that these accounts were identified through its own investigations and that the addresses were shared with the US government. cash flow: Despite geopolitical risks, digital asset investment funds attracted $127 million in new money in the week to March 4, according to report by digital asset manager CoinShares. By region, North America accounted for $151 million of inflows, while Europe recorded outflows of $24 million. Bitcoin attracted $95 million last week, the biggest single weekly flow since early December 2021.

digital real: The virtual currency being studied by the Central Bank is already attracting participants with the bet to expand the range of services to the public and decentralize the financial life of customers. In an interview with Valor, Ronaldo Faria, executive director of 2TM, which controls the Bitcoin Market, said that transforming the real into a CBDC (Central Bank digital currency) will open up a world of possibilities outside the infrastructure of banks, since the currency can be stored by people directly in digital wallets, instead of staying in a current account within a banking institution. Mercado Bitcoin is one of the institutions participating in Lift, BC’s financial and technological innovation laboratory. Biden’s Executive Order: U.S. President Joe Biden is expected to sign an executive order this week to set out the government’s cryptocurrency strategy, people familiar with the plans told Bloomberg. Under the order, federal agencies will be required to assess potential regulatory changes, as well as the national security and economic impact of digital assets, the sources said. EU legislation: After being postponed due to criticism of the text that would indicate a “de facto” ban on Bitcoin, the vote by the European Union Parliament’s Monetary Committee on the Regulation of Cryptocurrency Markets (MiCA) has been set for 14 March. Stefan Berger, MP responsible for the project in Parliament, told CoinDesk that language that would restrict the use of cryptocurrencies that rely on so-called proof of work (a mining protocol) has been excluded from the MiCA project. Cryptocurrency exchange: Federal deputy Kim Kataguiri (União-SP) presented a draft legislative decree that wants to nullify the effects of the Income Tax Consultation Solution 214/21, according to which the exchange of cryptocurrencies between people is a taxable event ( IR), calculated in the form of the progressive table. The text is under analysis in the Chamber of Deputies.

Minority NFTs: Jews, turbaned Sikh men and hijab-wearing women are the first to exploit digital extensions of their identities through non-fungible tokens, CoinDesk notes. In Los Angeles, Doaa Alhawamdeh and Karter Zaher wanted to bring the world the “first token” to represent Muslims in the metaverse. And they decided that the NFT would be called Hijabi Queens and Bearded Kings. Pharmacies in the metaverse: CVS, the largest drugstore chain in the United States, has filed a patent to sell consumer goods, such as personal care products and prescription drugs, and offer nutrition and wellness services within the metaverse, according to the Exam. L’Oréal eyeing the virtual universe: Following in the footsteps of Nike and McDonald’s, the French L’Oréal registered the digital patent of 16 of its brands to enter the metaverse. The process includes Kiehl’s, Maybelline, Pureology, Urban Decay and Redken, among other brands, highlighted Forbes.

Tue Mar 8 , 2022
XRP Photo: Kanchanara/UnsplashAttorney Jeremy Hogan, in recent tweets, spoke about his expectations following new findings from the Ripple-SEC case. Hogan claims that Ripple believes the case could end sometime between August 26 and November 18. He then said the case could be settled at any time. The enthusiastic XRP lawyer […] 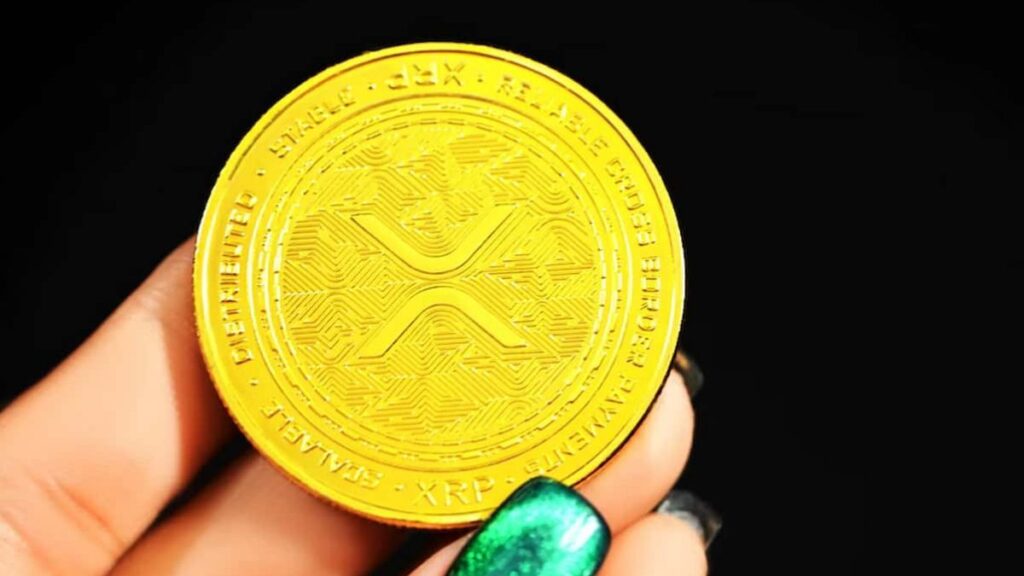