The selling wave in the cryptocurrency market intensified by the crisis in the Terra blockchain tokens takes Bitcoin (BTC) to the lowest level since 2020 this Thursday (12). The biggest cryptocurrency has lost 12.7% in the last 24 hours, trading at $27,870, according to data from CoinGecko. Earlier, BTC was worth $25,400. In Brazil, Bitcoin is down 11.8% and is now worth R$143,335, according to the Bitcoin Portal Index (IPB). Ethereum (ETH) dips 21.4% to trade at $1,905. ETH futures traders lost $333 million in liquidations, the most volume among all cryptos. In the case of Bitcoin futures, losses amount to $330 million, while LUNA shows liquidations of $130 million, according to CoinDesk. Other altcoins recorded strong declines this Thursday such as Binance Coin (-19%), XRP (-27.5%), Cardano (-32.9%), Solana (-36.6%), Dogecoin (-30.8%) %), Polkadot (-28.2%), Avalanche (-31.3%) and Shiba Inu (-34.3%), according to data from CoinGecko. Nervousness from crypto investors also marked trading on US stocks, where inflation slowed in April but remains at the highest level in four decades. The Nasdaq Composite index fell 3.2% on Wednesday.

The turmoil caused by the loss of parity with the dollar of the TerraUSD algorithmic stablecoin (UST) also culminated in the collapse of the LUNA token, both generated in the Terra ecosystem. In the last 24 hours, UST is quoted at $0.56, up 30%, data from CoinGecko shows. LUNA, which hit a high of $119 on April 5, is now trading at $0.07, down 98%. Other algorithmic stablecoins, which use a complex combination of codes and incentives to maintain the $1 value, are also under pressure, such as MakerDAO network tokens Dai and Fei and Neutrino USD, according to data from CoinMarketCap. The two biggest stablecoins, which are said to be backed by assets such as dollars, are looking to sustain parity. Tether fell below $1 in the Asian session and has been stable for the last 24 hours, while USD Coin is up 1.7%.

in search of culprits

In a statement to Bloomberg, Tether was keen to differentiate itself from other stablecoins. “We do not believe that the UST situation means anything for the centralized stablecoin market. They are totally different types of assets.” Responding to rumors on social media, Citadel Securities and BlackRock have denied involvement in TerraUSD’s collapse, saying in a statement that they “do not trade stablecoins”, including UST. BlackRock recently participated in a funding round from Circle Internet Financial, which operates USD Coin. Document seen by CoinDesk reveals that the European Commission is studying barriers to prevent stablecoins from being used on a large scale in place of fiat currencies. The document does not yet represent a formal position of the Commission.

A month ago, when the LUNA token was worth $88, Brazilian YouTuber Caio Garé posted a video that turned out to be prophetic. “Terra Luna is a big Ponzi scheme and it could collapse,” said Garé, who demonstrated how UST and LUNA prices depended on new contributions made to the Anchor protocol to sustain themselves. André Franco, head of research at Mercado Bitcoin, told the Money Times that, in order to regain investor confidence, the Anchor protocol and Terra need to reformulate and present a solution to the problems faced.

The selling wave in the cryptocurrency market spares no one. Coinbase Global founder Brian Armstrong was worth $13.7 billion as of November and around $8 billion at the end of March. The executive’s wealth is now valued at $2.2 billion, according to the Bloomberg Billionaires Index. The fortune of Michael Novogratz, CEO of Galaxy Digital, has shrunk from $8.5 billion in early November to $2.5 billion.

Nubank will start selling Bitcoin and Ethereum in partnership with blockchain startup Paxos Trust. Customers will be able to buy cryptocurrencies from R$ 1. According to a statement, the offer begins to be made available in the month of May gradually to the bank’s customers in Brazil, until reaching the entire base by the end of June 2022. Nubank said it will allocate approximately 1% of its cash in bitcoins, according to Valor. Amidst the turmoil, two Bitcoin index funds debut in Australia this Thursday, highlights Bitcoin Magazine. The 21 Shares Bitcoin ETF will offer direct access to BTC-backed bitcoins in so-called cold storage, or offline wallets. The Cosmos Purpose Bitcoin Access ETF will allow investors to invest in shares of Purpose Investment’s spot bitcoin ETF in North America. Mara, a pan-African cryptocurrency exchange, was launched on Wednesday (11), along with a $23 million contribution made by companies such as Coinbase Ventures, Alameda Research (FTX) and Distributed Global. The exchange also struck a deal to become the official cryptocurrency partner of the Central African Republic, which last month became the second country to adopt Bitcoin as legal tender.

The United Kingdom has a chance to make up for lost time to develop the crypto industry after the hurdles faced with Brexit, industry executives said in interviews with Bloomberg. “There is a real opportunity, for the first time after Brexit, for crypto to have legislation that makes all of its core ambitions possible,” said Blair Halliday, managing director of cryptocurrency exchange Gemini in the UK. And with the greatest scrutiny of regulators in the US, crypto companies are looking to less bureaucratic jurisdictions like Bermuda to expand their business and test new products. The Financial Accounting Standards Board (FASB) on Wednesday unanimously decided to launch a project to review the accounting of exchange-traded digital assets and commodities, according to tweet MicroStrategy CEO Michael Saylor, whose company has more than 129,000 bitcoins on its balance sheet. The FASB website has not yet been updated with the alleged measure. A study by Nickel Digital Asset Management published by Valor Investe showed that 72% of wealth managers, pension funds and other institutional investors expect the regulatory environment for cryptocurrencies to improve and become more constructive in the next two years. Binance on Wednesday named Joshua Eaton, former Assistant U.S. Attorney for the Northern District of California, as Deputy Chief Legal Officer for the world’s largest cryptocurrency exchange, according to Reuters. Ruja Ignatovathe founder of OneCoin nicknamed the “Queen of Cryptocurrencies” who disappeared after allegedly stealing $5 billion from investors in 2017, was included on Wednesday (11) in the list of the most wanted names in Europe.

The creator of the World Wide Web, British computer scientist Tim Berners-Lee said in an interview with Bloomberg that virtual reality and metaverse-based technologies should form part of how people interact with his invention in the future, but is against the control of personal data by tech giants. . The virtual real estate market moved US$501 million in 2021, according to data from MetaMetric Solutions published by E-Investidor. According to the pace of negotiations in the first months of 2022, the expectation is that the volume will reach almost US$ 1 billion.

Experts hesitate to the government's mining investigation: "difficult to see what would win"

Thu May 12 , 2022
Experts are hesitant about the effect of the law changes that the government wants to investigate to make it easier for new mines. In fact, the ambiguity could be even greater, they warn. But Minister of Trade and Industry Karl-Petter Thorwaldsson defends the measure.Published: 12 May 2022, 14:18 The government […] 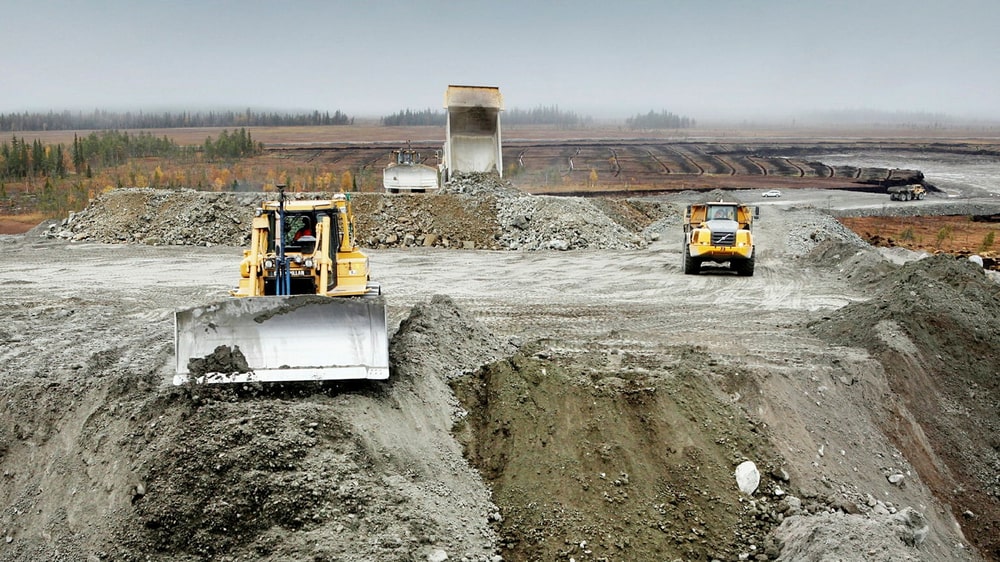