Businessman Alex Rodrigo Mesquita, CEO of the alleged Original Energy financial pyramid, was arrested on Friday (2), in Petrolina (PE). The information was confirmed on Wednesday (7) by the Police Station of the 214th district of the city and by the delegate Matheus Prado Amuy Rodrigues, of the Civil Police of Paraná, responsible for the case. Mesquita is accused of carrying out a scam with the purchase and sale of solar energy plates. He will answer for criminal organization, embezzlement, document falsehood and ideological falsehood. The loss could reach R$ 4 million. He denies participation. Another four people — including Fernando Mesquita, Alex's brother — were also arrested last week in the municipalities of Andirá, Londrina and Alto Piquiri, all in Paraná. The arrest is unrelated to Original Energy, a supposed financial pyramid set up by Alex, which is the target of investigations and lawsuits. The alleged crime involves a second company called Energia Solar Original, based in Andirá.

How the scheme worked

Energia Solar Original, of which Alex is a member (according to the police), is accredited by a company that manufactures solar energy panels in Santa Catarina (first victim in history) to attract customers interested in purchasing this equipment. This type of partnership is common in the market. Once it finds interested parties, the role of Energia Solar Original is to gather their documentation and send it to Santander bank in order to obtain financing for the acquisition of the plates. In possession of the data, the financial institution, the group's second victim, releases the funds to the Santa Catarina company, which then sends the cards to the troupe. The group suspected of crime, upon receiving the equipment, must install it and then send the invoices to the manufacturing company in the South. “It turns out that the data sent to the bank was false. People didn't even know they were being used to get financing. With this, the members led the bank into error. And as soon as they received the plates, instead of the installation, the members of the group would resell them to other people and keep the money. The invoices used were fake”, said the delegate. Also according to Rodrigues, in another part of the scheme, one of the members of the group co-opted more people (also victims of history) to lend their names to sign other financing contracts for the acquisition of plates. For them, this member promised not only to pay the installments of the financing, but also to deposit monthly remunerations. He said he would 'work' the money and therefore be able to pay the proceeds. "This was not done and people were left with dirty names and debts." This entire complex scheme left a trail of R$4 million.

Alex is also suspected of carrying out a financial pyramid scam by Original Energy, based in Petrolina. The company rented alleged photovoltaic modules to customers and promised income of 16% per month, on a one-year contract. These amounts were never paid. In June of last year, the Brazilian Securities and Exchange Commission (CVM) reported that there were "strong indications of (the company) being a fraudulent scheme, of the type that could be classified as a financial pyramid." At the time, the regulator asked the Public Ministry of Pernambuco to file a public civil action to investigate the case. In November, at the request of the MP, the Civil Police of Pernambuco also launched an inquiry to gather “strong elements that configure the criminal practice and allow the filing of an eventual criminal action”. Original Energy already responds to more than 100 lawsuits in the states of Pernambuco and São Paulo alone. On the consumer protection platform of Reclame Aqui there are dozens of complaints from victims.

What did the company say

Told, Alex's defense said he had nothing to do with the solar plate scam and was only arrested because Original Solar Energy has the same fantasy name as Original Energy and for being the brother of one of the scheme's members. "We are gathering documents to prove that he didn't have any participation." Alex himself also sent a note for the report. "These accusations fall only to the CNPJ of the store in question (from Andirá), in which I, Rodrigo Mesquita, have no participation, I am not a partner and I have never participated in its management or management". About the processes involving Original Energy, Alex said that the business has "own resources to work and honor all commitments in front of its investors".

Thu Jul 8 , 2021
The plethora of products available on the market is leading miners to sell Nvidia 3000 line GPUs for around $200 in the secondary market.The Chinese government has continued its strict policy of restricting bitcoin mining throughout its territory. Last month, authorities ordered the closure of up to 26 farms in […] 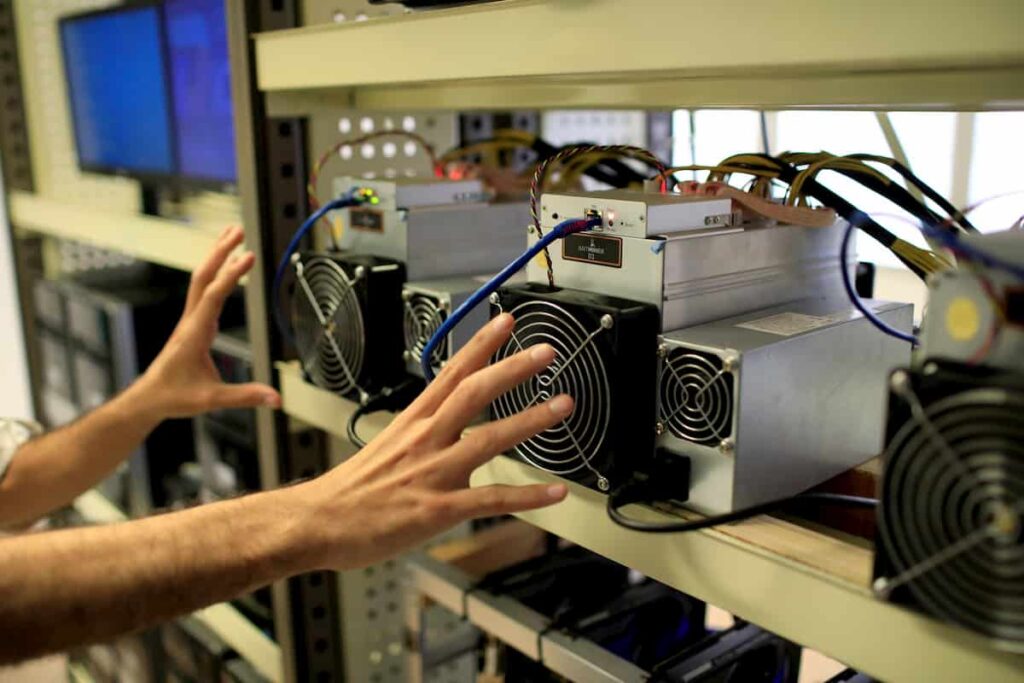