“He must go, let him go. In return, I promise that my party will not participate in more no-confidence votes before the election “, says the Christian Democrats’ leader Ebba Busch in TV4’s party leader debate.She also demands that the Social Democrats should stop signing an agreement with the political savage Amineh Kakabaveh, who could make the decision in the vote. Prime Minister Magdalena Andersson has so far said that the entire government will resign if Johansson is ousted. But now she says that she should think twice. “I will of course think through very carefully what Ebba Busch says”, Andersson answers. But she also says that S stands up for the agreement they have with Kakabaveh. But on the way to the debate, the message from Andersson was another. Then she was fully aware that she and the government would resign if Johansson was poked. It can depend on a single vote, to overthrow a minister, at least 175 of the 349 members of the Riksdag must vote for a no-confidence motion. The opposition the Moderates, Christian Democrats, Sweden Democrats and Liberals has 174 but hopes that Kakabaveh will vote with them.The Prime Minister does not believe that the opposition would be content with only Johansson, if they succeed in overthrowing him. ”What will be the next step, should they overthrow the Foreign Minister? The Minister of Defense? A new Minister of Justice? ” says the Prime Minister as an explanation for why she has threatened the government to resign if the opposition overthrows Johansson. It is not she who is irresponsible: it is the opposition and moderate leader Ulf Kristersson who puts the brakes on the NATO process, according to Andersson, despite Kristersson promising would not happen. SD leader Jimmie Åkesson and his party aroused distrust of the Minister of Justice on Thursday. He does not take up Busch’s offer. “I am not prepared to give all government ministers a free pass until election day,” says Åkesson.The threat of a government crisis therefore hangs over Sunday’s party leader debate. ”It is the Prime Minister’s responsibility. There is nothing that forces her to resign “, says Jimmie Åkesson who also says that he had not counted on a cabinet question. Ulf Kristersson also accuses Magdalena Andersson.” I do not understand why the Prime Minister chooses to remove the entire government when the matter of no confidence is about a minister. No Prime Minister has done that before. She chooses to cause a government crisis herself, “says Kristersson.” The best thing would of course be for the government to let him go voluntarily, on Monday, for example. “KD leader Ebba Busch also said she was surprised by Andersson’s resignation threat.Busch thinks that Andersson could do as the representative Stefan Löfven and replace ministers who are threatened by mistrust. The Liberals’ leader Johan Pehrson says that there is a unanimous parliamentary group behind the decision to support the mistrust. He also thinks that the Prime Minister should dismiss Morgan Johansson as soon as possible. ”Magdalena Andersson should de-escalate the situation. If she does not do so, it would be tasteful if Morgan Johansson himself took responsibility for the country’s best interests, “he says.” In the same way that ministers have been replaced before, they can come back later without drama, “he adds. “My call is: calm down, calm down,” said V leader Nooshi Dadgostar, who said there was no time for a government crisis now.Center leader Annie Lööf “She believes that the focus should be on talking about how to solve gang crime, the climate crisis and unemployment.” Instead, the parties are now firing ministers, raising the bar to a maximum and threatening the government crisis. Lööf. “I think everyone should focus on cooperation and action in this very sensitive time,” says Lööf.

Quotes from the party leader debate

“It is deeply unfair that some children should be able to pack places. So we can not have it. The entire Swedish school system is basically segregating, and that does not lead right. “S-leader Magdalena Andersson that the government wants to change driving rules to independent schools.” The left side is obsessed with the form of operation. “M-leader Ulf Kristersson about the independent school system.” good school is the best vaccine against crime in the future. “MP’s spokesman Per Bolund on order and order in the classroom.” We have obviously received more than we can integrate. “Magdalena Andersson on migration.” Midsummer weather, Kalle Anka’s Christmas Eve and SD’s migration policy, it is the same year in and year out. ”Annie Lööf regrets M, KD and L’s current direction in one of many debate games against Jimmie Åkesson.” Do you seriously mean that we can do it? Which planet do you live on, have you not seen what Sweden looks like? “SD leader Jimmie Åkesson in reply with Per Bolund who says that Sweden is able to receive people on the run.” The old Farmers’ Association’s common sense has completely left the Center Party. ” KD leader Ebba Busch on Lööf’s criticism of KD in migration issues. TT

Mon Jun 6 , 2022
Chainlink announced that its decentralized price oracles are available on the Solana network. This will allow developers to obtain real-time and reliable price data for seven trading pairs. Additionally, the network said it will add other digital asset pairs. To start with, developers will be able to take advantage of […] 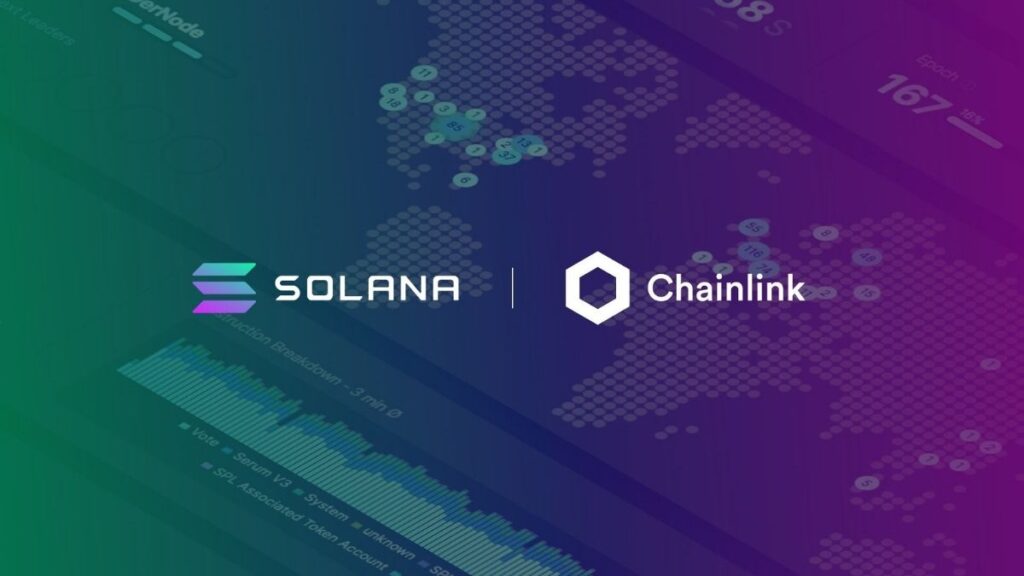