A company called Plan B Passport promises bitcoin investors dual citizenship in countries considered tax havens, and thus provides them with tax exemption on capital gains. The first step, according to the company, is to make them legally expatriates in jurisdictions such as Panama, Saint Lucia and Portugal, for example. The business was created by former professional sailor and Russian expatriate, Katie Ananina, and was the result of an idea that emerged after she saw her Russian rubles melt while competing in Velas in Spain in 2015. At the time, she officially represented her country, Russia . “I realized that I wasn't happy with the way money works,” she said in a report to CNBC. This was the first step for Ananina to become a 'bitcoiner' — or bitcoin enthusiast/evangelist, as investors who not only maintain the cryptocurrency but also spread the idea are called. She moved to the United States in 2016, after receiving a green card, thanks to her status as one of the best sailors in the world, says the report. “I was smart enough to figure out that $200 in bitcoin is going to be worth $100,000 at some point. I don't think the government should have 40% of that”, said the businesswoman, whose only marketing channel is a Twitter account, including the right to the 'laser eyes' meme.

In fact, it is on the microblog that Ananina constantly needs to answer questions from some of its more than 30,000 followers, who generally question whether its practice is legal. to one of them, she answered: “Absolutely legal process that is part of the country's immigration laws. The US also has a path to citizenship through investment. A very common procedure”. On the Plan B Passport website, one of the calls promises the client to legally optimize their tax strategies, selecting the best jurisdictions for residences and citizenship. “Many countries are competing for their wealth. Take advantage of moving your business to an optimal regulatory environment.” CNBC  consulted a lawyer with experience in investment immigration, who gave the following example: “In Saint Lucia, you can obtain citizenship with an investment of between US$100,000 (donation), US$250,000 (government bonds) or $300,000 (real estate),” said Ernest Marais. Ananina currently lives in Miami, Florida, but “if the government starts to affect me, I'm going to take all my possessions and go elsewhere,” he said. On June 9th, bitcoiner posted a meme with the phrase “We are moving to El Salvador”.

Is there a way to ‘escape’ bitcoin tax in Brazil?

"The subject will still resonate a lot in the market," said Ana Paula Rabello, an accountant specializing in cryptocurrencies, who on Youtuber helps bitcoin investors in various tax-related matters in a video last month. at the time, she addressed a question from one of her followers: “Is it possible to evade tax by operating bitcoin in El Salvador?” The doubt arises because of El Salvador's approval of the “Bitcoin Law”, which makes cryptocurrency, from of September, legal tender in the country. “For you who are seeing many opinions on how to avoid tax in Brazil, I warn you that there is no way TODAY. But, the subject will still have a lot of repercussions in the market (it is already having consequences) and other understandings may arise. I am following everything. But so far, this is my analysis,” said Rabello. However, the specialist also dealt with the issue when related to dual citizenship —  how Ananina's services work — and did not see how to evade taxes. "If the tax resident in Brazil operates in El Salvador, he will still have to declare here — he will not pay taxes there, he will pay them here", summed up the accountant, recalling that Brazil and El Salvador do not have a tax agreement. He added what could work, however, with reservations: ‘If a Brazilian operates bitcoin through a publicly-held company in El Salvador, he will not pay taxes on the capital gain’, but as long as the gains are within the company. The moment the company owner wants to withdraw these funds — whether in an account in El Salvador or in an account in Brazil, being a Brazilian tax resident, he will have to pay tax on them, he concluded.

American Express Announces Entry into the World of NFTs

Tue Jul 13 , 2021
Buy Bitcoin and other cryptocurrencies at the safest broker in Brazil. Sign up and see how simple it is, go to: https://coinext.com.br Click to rate this post! [Total: 0 Average: 0] 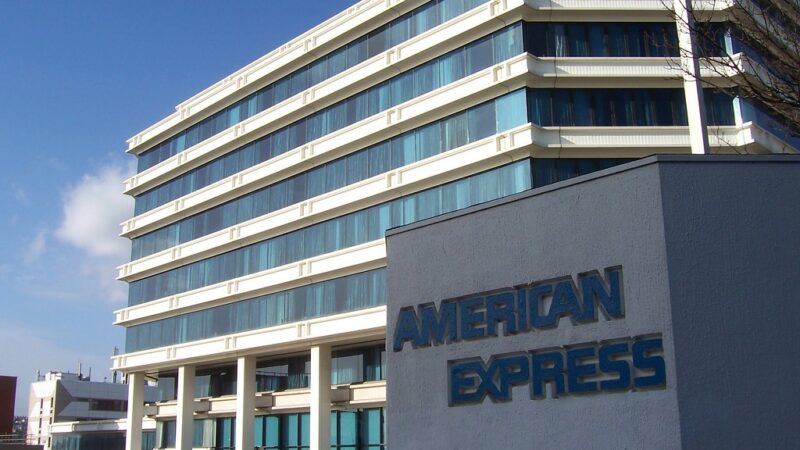