Popular crypto analysis and market commentary program Coin Bureau predicts that Polkadot (DOT) could surprise investors as one of the best performing assets of 2022.

Here is an overview of Polkadot using information from the Polkadot website:

This makes it possible to create applications that obtain authorized data from a private blockchain and use it on a public blockchain. For example, a school’s authorized private academic records chain could send proof to a degree verification smart contract on a public chain.”

“Polkadot unites a network of heterogeneous blockchains called parachains and parathreads. These chains are connected to and protected by the Polkadot Relay Chain and can also connect to external networks via bridges.”

And this is what Binance Academy says about parachains and the Polkadot Relay Chain:

“Any developer, company, or individual can spin their custom parachain through Substrate, a framework for creating cryptocurrencies and decentralized systems. Once the custom chain is connected to the Polkadot network, it becomes interoperable with all other parachains on the network.”

“DOT could become one of the top cryptocurrencies of 2022.”

Guy argued that DOT had failed to hit the target price point most analysts were predicting for 2021, putting a bullish spin on this year. Despite dropping the price by 50% since last October, Polkadot has managed to release a number of updates and new developments, which should factor in the value of the project going forward.

As reported by The Daily Hodl, Guy said:

“DOT is the most popular cryptocurrency among institutional crypto funds besides BTC and ETH, and by a wide margin, when compared to other altcoins. As it happens, institutions’ investment vehicles for cryptocurrencies have seen record outflows since November, especially those for altcoins, such as DOT.”

Guy explained that the crypto markets were down across the board, causing a flow of capital from altcoins to Bitcoin. However, Guy said that institutional interest has increased in recent weeks, which has provided a small boost to the market.

Guy noted that the circulating supply of DOT is tight, with only 50 million new coins entering the market since October. He called the increase in supply “minimal” compared to the amount of DOT locked up in Polkadot parachain auctions, in addition to the 52% of circulating supply being staked. The Coin Bureau host said that the supply crunch could lead to a massive increase in the price of DOT with only a “little bit of demand.”

Guy predicted that Polkadot’s price could more than triple if demand picks up.

Damberg promises to put an end to the support packages

Sun Feb 20 , 2022
This does not always happen, but in the post of Minister of Finance, one of the most pre-tipped names was Magdalena Andersson’s successor: Stockholms-sossen, the right-wing candidate, the former Minister of the Interior and Trade Mikael Damberg, who was one of the key players when the January agreement with the […] 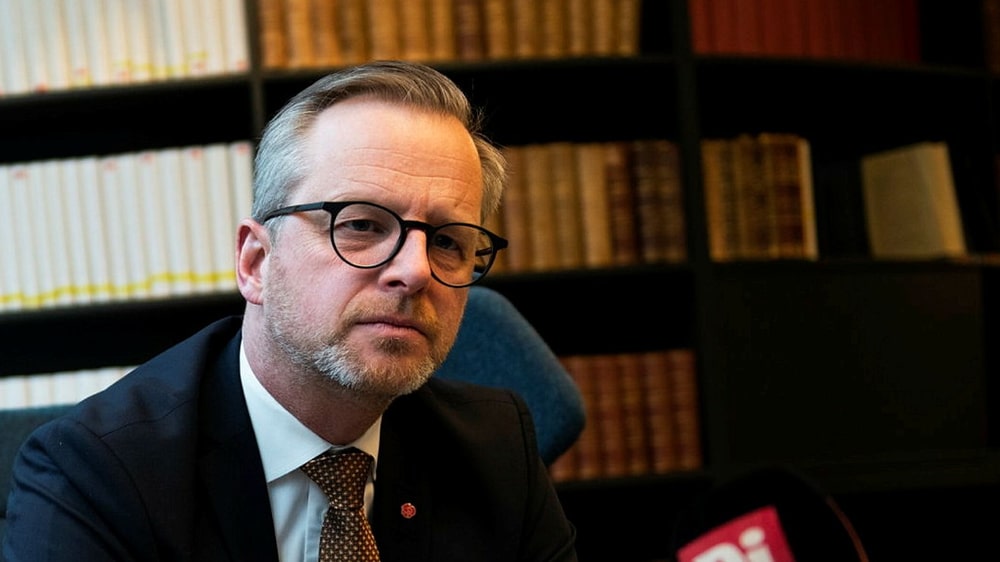