Static Code Analysis Tools is an umbrella term for software that analyzes code without executing it. Static security analyses are conducted before the code is executed, or run-time analysis. Most static source code analysis tools can be used on either source code or binary files (compiled).

The most important benefit of static analysis is that flaws are identified in a non-runtime environment, typically during the integration and build stages of a development cycle. This means that developers will get immediate feedback as they integrate new functionality. This is especially important if the developer has introduced a design flaw into their latest feature or bug fix. Once detected, it can be fixed immediately preventing any defects being introduced into the product itself at runtime.

Code analysis tools help identify defects earlier in the development cycle. Code analysis can be used to test many different kinds of programs that range from small scripts and batch files through large applications or complex system software such as device drivers and servers, etc. Code Analysis tool performs data flow-based analyses on source code, searching for common flaws like buffer overflow and format string bugs, without requiring a recompilation. The code Analysis tool is a complement to any quality assurance program because it provides developers with insights into how securely the application was coded.

Code analysis tool is the best way to find potential security vulnerabilities in your source code before compiling the final product.

Code analysis tool can be applied both during development and as a final testing check. Code analysis helps by inspecting source code for errors, bugs, non-compliance with programming standards, and application security vulnerabilities. Code analysis assists in finding issues without requiring the source code to be compiled or executed

Analysis tools are also very helpful in identifying the coverage and depth of testing that is required on any new code. They can also help a development team working with legacy systems to identify flaws in existing code, which may have been overlooked by previous security reviews. This saves time and money compared to regression testing once changes have already been made — especially if they affect critical functionality or core business logic.

Depending on the Code Analysis Tool, a Code Review might even highlight potential security flaws and suggest corrective actions to mitigate them.

All Code Analysis Tools share certain features. They provide an overview of the code tree for any selected file or directory. Code snippets are then analyzed according to user-definable Code Review rules. Code Patterns that recur throughout the source tree can be identified as well.

They also allow Code Reviews to be performed by multiple reviewers in parallel without any interference or loss of information. This is especially true when tools support multi-coder review mode.

Updates are reflected immediately: If one reviewer changes a Code Pattern, it will be updated in all connected interfaces of other reviewers automatically (provided they have subscribed to receive this update) Code Violations, Code Patterns and Code Enforcement Policies will be enforced by the Code Analysis tool according to Code Review rules set up by Code reviewers.

Since analysis tools are static in nature, they cannot identify malicious/malicious intent. They rely on code subsetting and rules-based analysis to search for vulnerabilities. The larger the code base, the greater the number of potential errors that can hide within it. For large projects with thousands or even millions of lines of code, these tools often fail to identify the most critical issues.

One example of this is the Code Analysis Tool for Security (CAST), an analysis tool that supports C, C++, and Java. It uses some basic rules to determine what’s safe and what isn’t; it can only evaluate code that is provided by the developer. Code not submitted to CAST typically doesn’t get analyzed at all. Therefore, if there are issues with a large portion of your codebase that you do not want developers to see while using CAST, you simply don’t submit them.

Some Code Analysis tools such as Fortify SCA tends to rate the same line or file as both Safe & Vulnerable in different compilation runs due to the nature of dynamic languages where every run is different based on environment variables, system state, etc.

DevConf Code Analysis Tool however uses Static Code Analysis with support for Code clone detection. This means the DevConf Code Analysis tool does not change how code is executed, it just considers the compiled state on a static level, which is why it can detect vulnerabilities that are otherwise hard to find using dynamic analysis methods such as Code Coverage.

To improve Code Quality and prevent future issues by providing early warnings about potential security vulnerabilities in your application before they occur, you should use Code Analysis tools (e.g. FxCop or Fortify SCA) as a part of your SDLC process – ideally from the beginning.

Always be aware of how much time you have before a release and whether you are under any regulatory requirement to “fuzz” your application before deployment. If you have only a few days or weeks (which is typical for many companies), then your testing team will probably be using automated tools such as input generation software, which has little or no effect on how secure your software is. In this case, you may simply use an automated tool (which will essentially just automate the manual testing process) such as codescan.io to find any issues that may have been introduced into the code base since it was last tested. Automated tools are also great for finding vulnerabilities in legacy code where no developer remembers exactly what each piece of code does. These are not really “fuzzing” tools but can help identify low-hanging vulnerabilities.

Cuba's problem is not the dollar or Bitcoin, it's the Cuban regime

Tue Jul 13 , 2021
The streets of Havana were quiet on Monday (12), despite the strong police presence and frequent suspensions of the mobile internet – the only way that many Cubans have to access the web. However, this tranquility was not seen in the protests on Sunday (11), in the Cuban capital. The […] 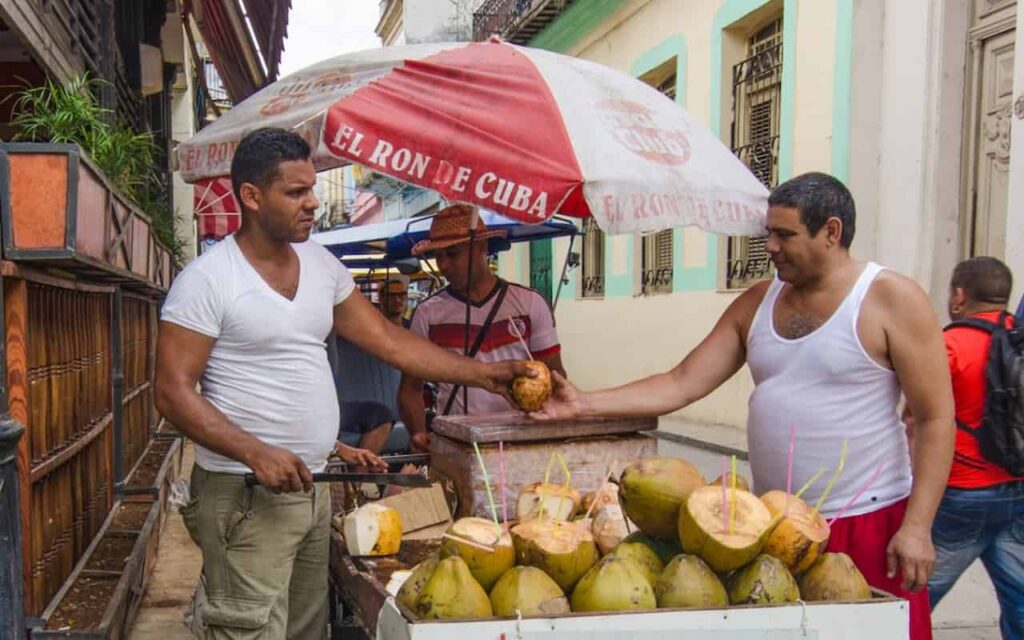