On Wednesday night, the Chamber of Deputies approved Bill 2303/15, by Deputy Aureo Ribeiro (Solidariedade/RJ), which regulates the cryptocurrency market in Brazil. The text will now be sent to the Senate. The main point of the PL is that it establishes that a supervisory body that will be appointed by the Executive Branch must […]

On Wednesday night, the Chamber of Deputies approved Bill 2303/15, by Deputy Aureo Ribeiro (Solidariedade/RJ), which regulates the cryptocurrency market in Brazil . The text will now be sent to the Senate.

The main point of the PL is that it establishes that a supervisory body that will be appointed by the Executive Branch must authorize the creation and operation of exchanges and supervise the operations of brokerage firms.

In addition, it creates new punishments for those who commit crimes of embezzlement and money laundering using cryptocurrencies.

The text speaks of “virtual assets”, but makes it clear that this does not apply to the national currency (the Real), official international currencies (Dollar, Euro and others), points in frequent flyer programs and securities (shares).

In the deputy's text, "virtual asset" is the digital representation of value that can be traded or transferred by electronic means and used to make payments or for investment purposes.

One of the major definitions of the project is to establish which will be the regulatory body for the area.

The rapporteur, Deputy Expedito Netto (PSD-RO), affirms that as it is a project of a parliamentary initiative, it was not possible to explicitly mention that it will be the Central Bank, which is the role of the president.

But, according to the deputy, it is almost certain that the institution indicated will be the Central Bank .

According to the text, legal entities that perform services such as exchange, on behalf of third parties, of virtual currencies for national or foreign currency will be considered as providers of virtual assets; exchange between one or more virtual assets; transfers from them; custody or administration, even if of control instruments; and participation in financial services and provision of services related to the offer by an issuer or sale of virtual assets.

The regulatory body will establish conditions for exchanges to adapt to the new set of rules. Companies will have at least six months to comply with the law.

Among the attributions of the regulatory body are:

– authorize the operation, transfer of control and other equity movements of the virtual asset service provider;

– establish conditions for the exercise of positions in statutory and contractual bodies in a virtual asset service provider;

– cancel, ex officio or on request, the authorizations; and

– establish the hypotheses in which the activities will be included in the exchange market or must be subject to the regulation of Brazilian capital abroad and foreign capital in the Country.

The approved text adds, in the Penal Code , a new penal type of embezzlement, attributing imprisonment from 4 to 8 years and a fine for those who organize, manage, offer or distribute portfolios or intermediate operations involving virtual assets, securities or any financial assets with the in order to obtain illicit advantage at the expense of others, inducing or keeping someone in error, through artifice, ruse or any other fraudulent means

In the Money Laundering Law , the text includes crimes carried out through the use of virtual assets among those with an aggravation of 1/3 to 2/3 more than the penalty of imprisonment of 3 to 10 years, when practiced repeatedly

According to the bill, companies must keep records of transactions for the purpose of passing on information to inspection bodies and combating organized crime and money laundering.

PL 2303/15 establishes as market guidelines principles such as good governance practices and a risk-based approach; information security and protection of personal data; and protection and defense of consumers and users; in addition to preventing money laundering, terrorist financing and financing the proliferation of weapons of mass destruction, in line with international standards. 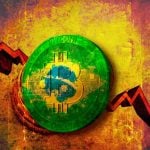