On Monday (24), the Central Bank of Brazil released guidelines for the creation of a digital currency issued by the Central Bank (in English, Central Bank Digital Currency CBDC). The innovation is that, with the digital version of the real , people will be able to take advantage of smart contracts and integration of money with the Internet of Things (IoT), among other possibilities. The currency would be issued as an extension of physical money, with distribution to the public intermediated by custodians of the National Financial System (SFN) ) and the Brazilian Payment System (SPB), in addition to having legal certainty in operations.

What are the characteristics of the currency desired by the BC?

According to a note shared with the press, digital currency is built on “adherence to all privacy and security principles and rules determined, in particular, by Complementary Law No. 105, of 2001 (bank secrecy), and by the General Law of Protection of Personal Data ”.But at the same time, the note on the website makes it clear that “having the ability, in compliance with court orders, to track illicit transactions made using the digital real is of fundamental importance to the BC”. Preventing money laundering and terrorism financing are important guidelines, but how it will be done is still and will be an open question. If the digital currency code, however, was open from day one, as is the case with most cryptocurrencies, this question would be healed. When we analyze a digital currency project, this is an obvious point, the code has to be open. In the middle of cryptocurrencies, “don't trust, check” is a maxim. Why risk something uncertain, possibly with vulnerabilities or malicious code, if there are transparent alternatives? For David Chaum, author of the paper "How to create a central bank digital currency", it is essential that the code is free and open (Free / Libre and Open Source Software FLOSS).

“Given the large number of stakeholders involved with a retail CBDC (the BC, the financial sector, merchants and customers) and the critical importance of the infrastructure, a retail CBDC must be based on FLOSS. Imposing a proprietary solution that requires dependency on a particular supplier would likely be an obstacle to adoption from the start. With FLOSS, all interested parties have access to every detail of the solution and the right to adapt the software to their needs. This leads to easier integration and better interoperability and competition between providers. In addition, it allows the central bank to meet transparency and accountability requirements. The benefits of FLOSS for security are also widely recognized. The availability of the source code and the right to modify it makes it easier to detect flaws and address them quickly. “

Also read: Father of free software reveals the ideal digital money and is not bitcoinIn addition to improving information security, a FOSS digital currency would help keep the system auditable and provide guarantees that the fundamental rights described in the constitution are being fulfilled. When the BC cites the main features and fundamentals of the currency, it should have made it explicit that it needs to be open source. Discussions about the BC's digital currency are open, the open source community needs to mobilize itself to ensure the transparency of the currency. the most essential part of our economy, money.

Although, the money in that digital currency would be considered lousy by the standards of the cryptocurrency market. For the Central Bank, a “cryptocurrency” like Bitcoin does not have the 3 main characteristics of a currency: means of exchange, reserve of value unit of account. For this reason, they even prefer to treat Bitcoin as “cryptographic”. Even so, Bitcoin's transparent and solid characteristics bring greater certainty regarding its future. When comparing the digital real or any other CBDC with the BTC, the only advantage of the state currency is the legal protection and questionable forced acceptance of the population.

These shitcoins are really crazy. There is one that almost deceived me. 4 tri in circulation;
unlimited supply;
only 1 full node;
40% of the offer created in 12 months;
0.1% of hodlers dominate 80%. Personal joke, this is the Brazilian Real (BRL) .— Mises Capital 🟩 (@misescapital) May 20, 2022

See also: Is the dollar a fraud? How to analyze a (crypto) currency?

Wed May 26 , 2021
The video “Charlie Bit My Finger” is scheduled to be deleted from YouTube after the family behind the viral clip sold it as an NFT for $ 760,999. In the video, one of the first on YouTube to become an internet meme, the British Harry, 3, sticks his finger in […] 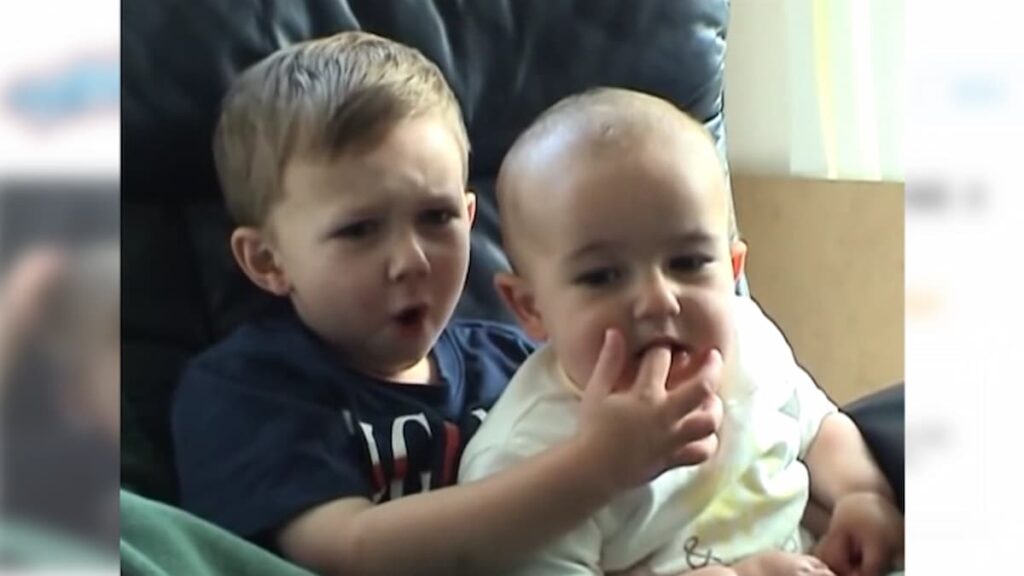