The Central Bank of Brazil (BC) held this Thursday (29) the 1st webinar about a possible issuance of the Real in digital form. According to the institution, the objective is to debate together with society and the general guidelines of a future digital currency for Brazil, the most appropriate technologies for its implementation, and raise use cases, as explained by economist Fábio Araújo when opening live on Youtube. Intuitively treated as 'Digital Real', the asset, which can be created in the modality 'Central Bank Digital Currency' (CBDC), would not replace physical money, but would complement the national monetary policy, as summarized by the BC director, the economist João Manoel Pinho de Melo. Participating in the broadcast were FGV professor Eduardo Diniz, R3 country manager Keiji Sakai, and professor of economics at the Massachusetts Institute of Technology (MIT), Robert M. Townsend. Townsend, who is a macroeconomics theorist, was the first to speak. His participation, however, was more focused on the technical part that involves the construction of solutions through distributed ratio technology (DLT), often touching on the theme of the pandemic — which accelerated the transformations. During his participation, he highlighted a successful CBDC pilot project carried out by Thailand's central bank, and praised the Brazilian Pix. About the study of the 'digital real', he said that “we have to be ready for financial innovation in the economy” and that in a healthy environment, physical and digital money can coexist.

“It is a tremendous challenge to talk about this promising innovation, but I am convinced that the debates will bring many subsidies for the Central Bank's strategy in defining the policy that will involve the existence of a central bank currency in digital format”, said Pinho de Melo , which moderated the debate. “This series that we are inaugurating today will allow us to move forward and discuss with academia and industry the possible use cases for a central bank's digital currency, CBDC,” he added. The director stressed that the BC study is not to say when and how a digital currency will replace physical currency and that the objective is to study models and discuss the means by which technology will help the Central Bank in managing the currency in its three functions : reserve of value, unit of account and means of payment. Therefore, added the director, it is not a debate about substitution, but about the complementarity of the digital medium to cover gaps and overcome inflections that the traditional currency has difficulties to overcome. If well designed — that is, risk assessment and complying with the General Data Protection Law — CBDCs can bring opportunities to expand financial inclusion and cost reduction, considering the costs of production and logistics of paper money, in addition to the reduction time in cross-border payments. “There is no defined standard or model to be followed and the need for coordination and international standards for cross-border payments is evident”, concluded Melo.

From Card to Pix and Real Digital

Today most adults have a cell phone that makes payments via bank slip, QR Code, Pix. The Open Bank, which is still being implemented, can even be discussed with a part of the population. But before having a cell phone, how did the person behave? How was your behavior in front of Pix? Are people ready for a digital Real? About this readiness that Brazilians have always surpassed, Eduardo Diniz said: Were these people prepared to accept the PIX?, probably not, but when you use it for the first time it is enough to adopt. People didn't have a readiness to use a cell phone, but when they used it for the first time it completely changed the perspective. “When you see the benefit you change completely. And the adoption process can be very fast”, said Diniz, who also spoke more about the technical part, such as the layers that operate together in the issuance of a currency — the operating rules: quantity to be issued, control and validation, within a “digital structure” in analogy with the Mint. Diniz is head of the data science and technology department at Fundação Getulio Vargas.

Keiji Sakai, country manager at R3 Corda spoke about the most efficient means of transactions and within the theme the digital real can be an alternative, in addition to being able to work, through a natural implementation, integrated with Pix, through interoperability. Considering smart contracts, he also talked about “programmable money” and “conditional money” for contract settlement, highlighting the possibility of eliminating third parties, which would eliminate some inefficiencies in the market. Skai also highlighted that in the implementation of digital currency, it is necessary to ensure interoperability between networks and technologies, highlighting the third party that guarantees delivery, in this case, the BC. Finally, speakers discussed the greatest benefits of implementing a digital real under a decentralized architecture such as DLT (distributed registration). For Diniz, DLT is a way to increase the system's robustness. Regarding use cases, he cited the Federal Government's Bolsa Família program as an example to follow, as everything is moving towards digital. “To launch the use of the digital real, it would have to enter where you have some deficiencies and need greater control over transactions,” he said, adding that there are points where there is weakness in the system — which are exploited by criminals. Wherever there is a specific problem, we can attack”, he concluded.

‘Bitcoin rise is a token close to the valuation that this crypto should deliver from August 4th’ – altcoin shoots up 3.868% and may take off again with an event awaited by the market; take a batch

Fri Jul 30 , 2021
It was quick but very profitable. O Bitcoin, which suffered fall after fall last month, has just touched the mark of the BRL 200,000 after 11% lightning discharge in just 24 hours. The movement, which was driven by news linked to the interests of Elon Musk and Jeff Bezos, has […] 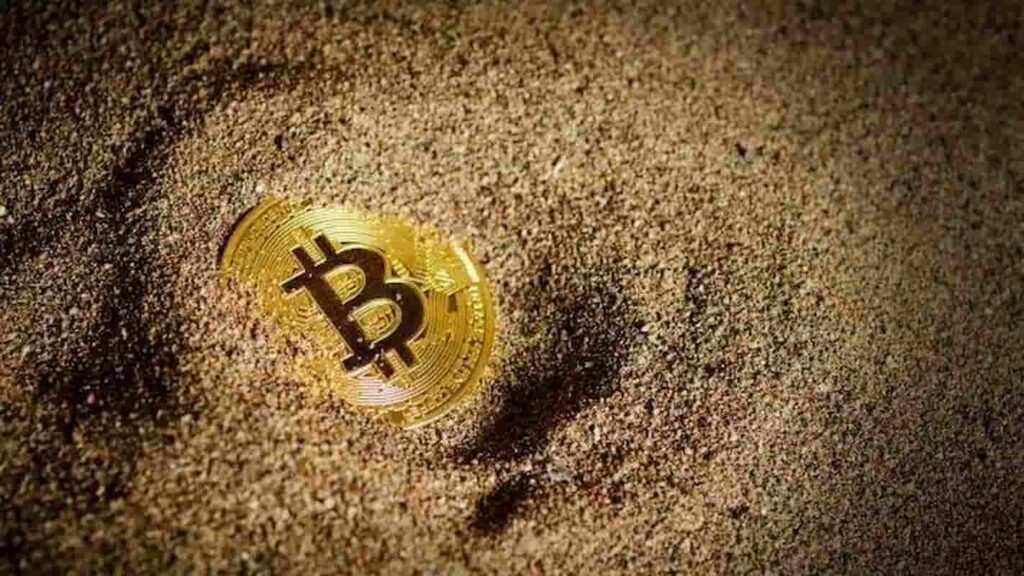