Cardano's ADA token dropped 15% this Tuesday (07), after experts pointed out bugs in the smart contract test network and complained that the blockchain was not suitable for the purpose of a decentralized finance platform (DeFi). The move comes just days after the ADA hit new highs in anticipation of launch, solidifying its place as the third-largest cryptocurrency on the market. At the time, the cryptocurrency was trading at $3.09. Today, the price of the ADA has dropped to $2.38. The launch of smart contracts will allow developers to create decentralized financial applications to lend, borrow and trade assets without intermediaries. The feature will allow Cardano to take on other smart contract platforms, such as the market leader Ethereum. But critics are not so sure that Cardano is up to the task. "Cardano was not built for the current scenario of DeFi," Eric Wall, investment director at crypto fund Arcane Assets told Decrypt. “In its current state, it's going to require tons of workarounds for developers to build certain types of common DeFi applications,” he explained. Most of the criticism was about Cardano's so-called “concurrency” problems. Difficulties around multiple users interacting with the protocol at the same time arose when developers launched the long-awaited Alonzo test network, which introduces smart contracts to the platform for the first time. These concurrency issues meant that the first Cardano dApp – a decentralized multi-pool exchange called Minswap – was forced to prematurely shut down its testnet.

Critics claim that the concurrency difficulties Minswap has experienced are the result of Cardano's use of “unspent transaction outputs” or UTXO, which are used to track users' funds. They say future DEXs looking to build on the network will also face similar problems, making the network impractical to use as the market leader Uniswap, which processes more than 10,000 transactions daily. “Six years of 'peer-reviewed' research and a market capitalization of $90 billion later and the first dapp at ​​Cardano can't even do simultaneous transaction processing (aka the very thing you need to do). DeFi),” tweeted Ethereum supporter Anthony Sassano . Cardano developer IOHK did not respond to a request from Decrypt. However, on Twitter, the company defended the use of eUTXO, the “extended” model of UTXO, claiming that it “offers greater security, allows rate predictability and offers more powerful parallelization”. Responding to one of the prevailing criticisms, that Cardano is flawed because it only allows one transaction per block, the IOHK said there were workarounds. For example, a service or application can be designed using multiple UTXOs. The company has published a new blog post detailing some of the reasons behind the smart contract design. Sundaeswap, another application at Cardano, also refuted claims of a block transaction. “In fact, it's just the opposite. Cardano allows for many hundreds of transactions per block,” said DEX. In a blog, Sundaeswap stated that many UTXOs can be governed by the same smart contract and that many solutions are possible. He promised to publish his own soon. “Centralization is one way to solve this problem, but it's not the only way,” said SundaeSwap, in response to criticism of Cardano's approach. Maladex, another DEX at Cardano, also tweeted in defense of Minswap, pointing out that it is not a finished product. Meanwhile, Cardano founder Charles Hoskinson's response was to call the accusations "noise and FUD."

Critics were not appeased, and Wall poured more cold water into Cardano's Hydra scaling solution. It features multi-party state channels, which he compared to Bitcoin's second-tier solution, the Lightning Network, "but for smart contracts." He stated that Cardano's effort is “plagued by major UX challenges” and added that the problems inherent in multi-party state channels led to the approach abandoned by Ethereum. “Cardano doesn't measure up to competing smart contract platforms, despite all the talk about research and scientific discoveries,” said Wall. “They overpromised and underdelivered. The $90 billion market capitalization does not seem deserved at the moment. The platform still has a lot to prove before that number is justified. ”

The Minister praises the EU's new instruments: "Money is power"

Wed Sep 8 , 2021
Money is a powerful tool power and the EU's taxonomy. This is stated by Minister of Financial Markets Åsa Lindhagen (MP) at Di's conference Start-up Sweden. ”The price of emission rights within the EU is soaring and coal-fired power plants are closing down. When I see that development, I also […] 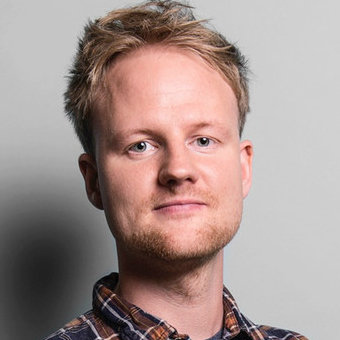