The Cardano cryptocurrency (ADA) skyrocketed in the last month, making the asset the 4th most valuable asset on the market. Crypto traded on December 22 at around 15 cents on the dollar, and now reaches $ 0.70, an appreciation of more than 4 times in just over a month.
Cardano follows the recent trend of valuing assets that execute smart contracts, especially after the Shelley update, which took place in July last year. Ethereum and Polkadot have also seen significant gains in recent weeks.
Daniel Wolfe of Halycon Global Opportunities told Forbes:

Cardano was founded by one of Ethereum's active developers. It is a blockchain being built and launched in stages, based on a series of design principles. It allows for economic transactions that contain more information that is important to institutional investors, corporations and regulators.

In March of this year, Cardano will start the third phase of the cryptocurrency with the Goguen update. The Shelley phase, which started in July last year with a consensual hardfork, allowed for greater decentralization and automation for the network.
Cardano's implementation phases. Source: Cardano. Phase 3 will allow the implementation of decentralized applications under the cryptocurrency blockchain.

With the integration of smart contracts, the Goguen era represents a major step forward in the capacity of the Cardano network. While the Shelley era decentralizes the core of the system, Goguen adds the ability to build decentralized applications (DApps) on Cardano's solid foundation…

Although Cardano has had an impressive appreciation, the asset is far from entering the select group of cryptocurrencies that reached their 2017 high when each ADA unit reached $ 1.12.
Cardano price. Source: CoinmarketcapDo you believe that Cardano can be a strong competitor for the Ethereum chain? Leave your opinion in the comments section below.
Read more: MBL humiliates Paulo Guedes and encourages the purchase of Bitcoin

MBL humiliates Paulo Guedes and encourages the purchase of Bitcoin

Tue Feb 9 , 2021
Renan Santos, national coordinator of MBL, released a video on the main channel of the movement attacking Paulo Guedes, the banks and encouraging the use of Bitcoin. In an explanatory video about the movement that became known in the media as “the sardine revolt”, Renan Santos strongly criticized the global […] 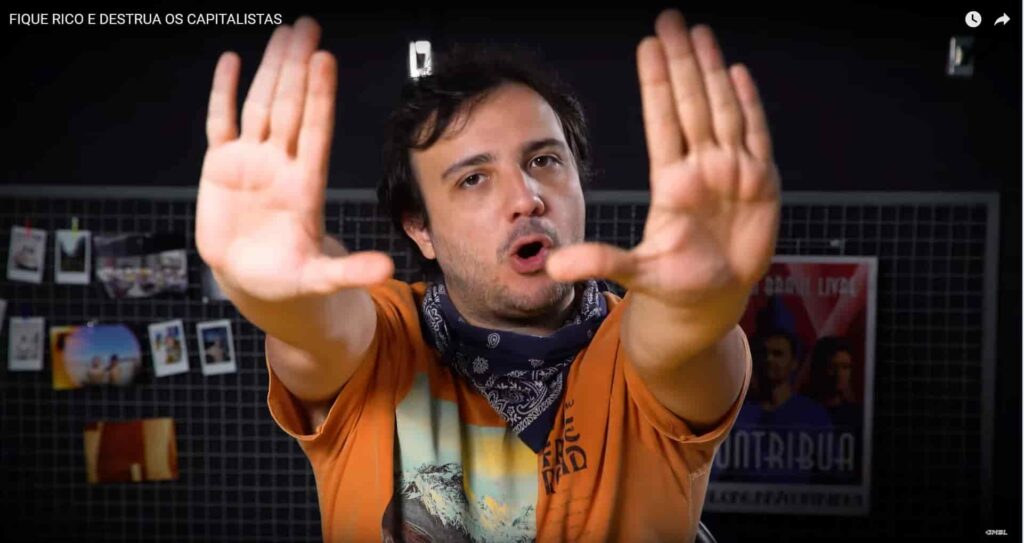