With trading fees removed, the volume of bitcoin traded on Binance now dominates 17.34% of the entire market, surpassing $8 billion and raising questions.

Some Twitter accounts have started to report a very significant increase in the volume of spot BTC traded on the Binance exchange. 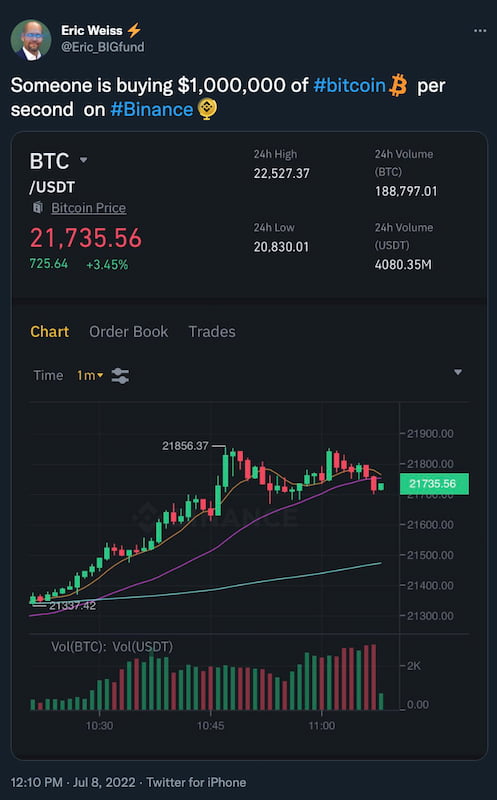 Binance is one of the global leaders in trading volume, not only for bitcoin, but also for other assets. Despite this, the volume is usually well diluted among other platforms, but this Friday afternoon (08) saw the leading role of the CZ company gaining 17.34% of all bitcoin volume traded across the market.

Source: CoinMarketCap//BTC//market There are more than $8 billion in bitcoin changing hands… Or at least from accounts on the platform.

WashTrade vs VIP; possible reasons for the rise and volume of BTC

Some users started to speculate about the anomaly regarding the volume of bitcoin traded, as even with such a significant increase, the price barely moved. The fact that the event took place so locally on Binance also caught the market’s attention. One of the speculations concerns the possibility that the volume of btc is dominated by bots in a practice known as “wash trade”, or something like washing trade, in Portuguese. The wash trade can be used for several purposes. One of them concerns tax evasion, where the trader exchanges the same asset several times between multiple accounts belonging to the same investor, simulating losses in operations, to obtain a discount on the capital gain. This is an illegal and criminal practice, subject to punishment in several countries, including Brazil. Another purpose of wash trade concerns organic marketing. With the increase in volume so aggressively, an anomaly is created that generates news (like this one) and also highlights on market data platforms, positioning both Bitcoin (BTC) and Binance in prominent places. This practice was widely used by Charlie Lee and Coinbase with the Litecoin (LTC) in 2017. However, that doesn’t seem to be the case for Binance as the company’s CEO Changpeng Zhao publicly spoke out on Twitter saying that:

“I think this is due to zero fees and people trying to earn VIP levels. We will exclude Btc trading from VIP calculations. Removing all incentives for wash trades. Announcement with details coming soon.”

https://twitter.com/cz_binance/status/1545451961222324225 According to the businessman’s explanation, the increase in bitcoin volume on Binance is due to the withdrawal of all trading fees for the asset, which can be bought and sold without no extra charge – withdrawing that revenue from the exchange. The more volume is traded by the same investor, the more he rises in “VIP level”, gaining benefits on the platform. In this way, with fees at zero, investors are incentivized to buy and sell instantly, multiple times, increasing their own volume of bitcoin traded and being rewarded for doing so. With the elimination of this incentive, CZ can put an end to suspicions and rumors, normalizing the volume of BTC on the market.

Sat Jul 9 , 2022
The largest cryptocurrency in the world, Bitcoin (BTC)has been flirting at levels around $20,000 after a brutal correction in the last two months. Global macro factors are giving worrying signals and market sentiment has turned extremely bearish. However, the senior commodity strategist at Bloomberg, Mike McGlone, has a different opinion […] 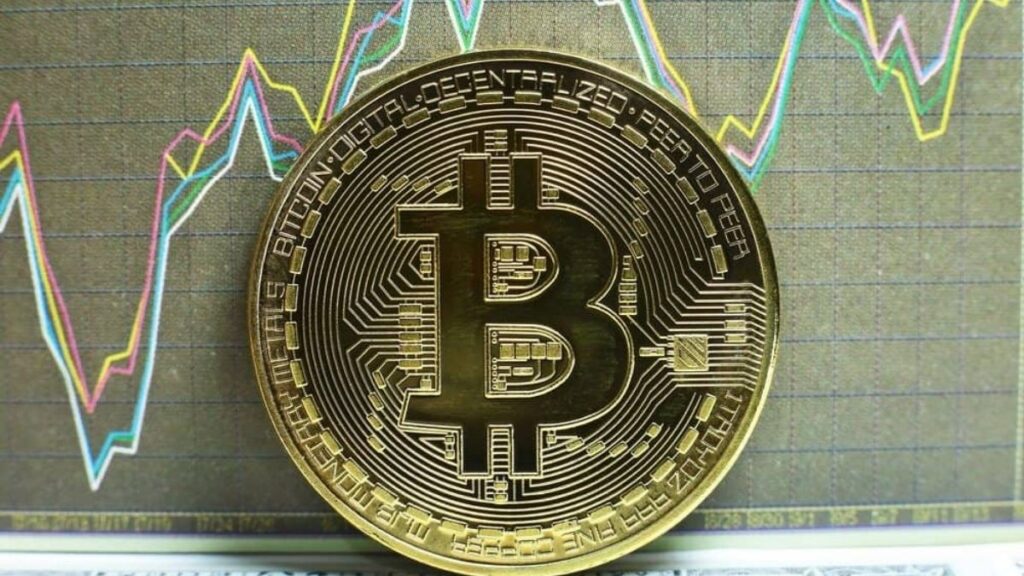