The amount of bitcoin on exchanges has reached all-time lows and this pattern could indicate a rise in the price of BTC, even during the weekend’s slump.

Weekend slump could have been a trap

In the last 24 hours, more than $300 million has been liquidated with the sharp drop in the price of bitcoin from Sunday night to Monday morning, April 18th. A strong move by the bears, but it may have been a beartrap, where the price indicates a strong fall, but recovers in a bullish movement, causing the opposite effect and liquidating short positions. During the crash, BTC traded for around $38,500 on exchanges, but within hours its price has already marked a recovery of more than 6%, trading at $41,000 as of this writing.

The bear trap has yet to be confirmed.

Despite looking like a random up-and-down movement in a super volatile market such as ours, the movement is actually following a pattern based on a strong on-chain analysis indicator that has proven reliable in the past.

Amount of bitcoin on exchanges

This indicator is the monitoring of total BTC reserves on exchanges, analyzing inputs and outputs from known addresses belonging to major trading platforms, both in hot wallet and cold wallet (hot or cold wallets, online or offline). According to data collected on the CryptoQuant website, bitcoin reserves on exchanges reached historic lows (as far as the chart shows, more than 3 years), in 2,274,000 BTC – around 12% of the supply in circulation. 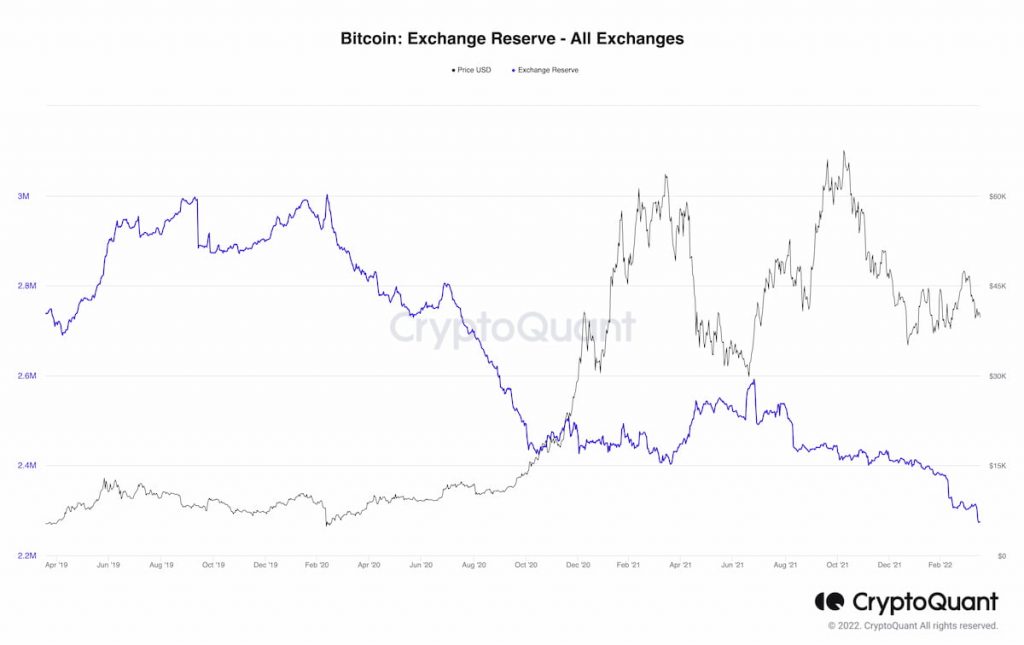 When we look for spikes in total exchange balance dips and compare them to BTC price movements, we can see a correlation that has been repeated a few times in history.

Past events are no guarantee of future events., but they can help the investor to make decisions. For example, by looking at the graphic crossover that takes place between November 16 and December 20, 2020. 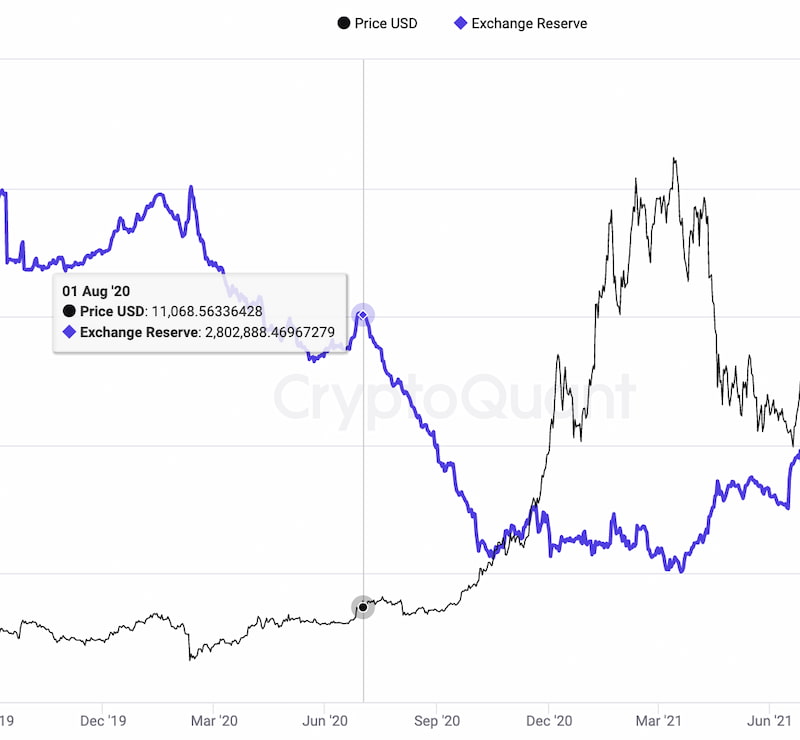 We observed a sharp drop in the amount of BTC on exchanges, which starts on August 1 of the same year and precedes a sharp rise in the price of bitcoin in dollars, which even reached $63,500 for the first time on April 12, 2021. If we keep looking on the chart for the sharpest drops in bitcoin reserves, they all precede a price rally that follows. 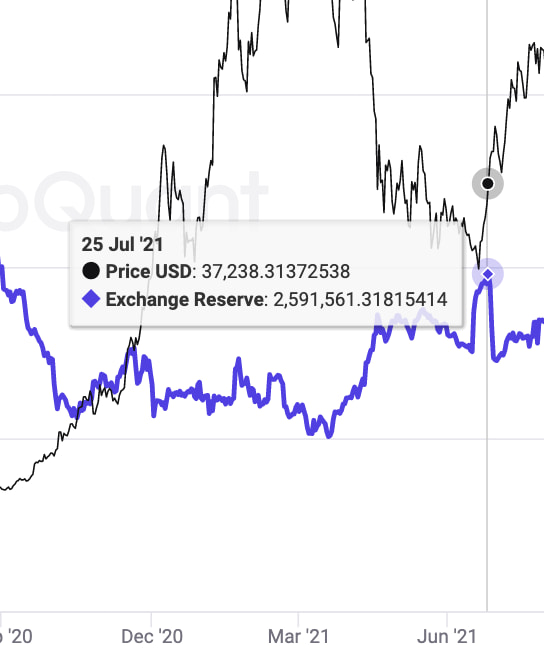 At the beginning of March this year (2022), there was a strong movement of bitcoin exit from exchanges, followed by a marked price recovery. 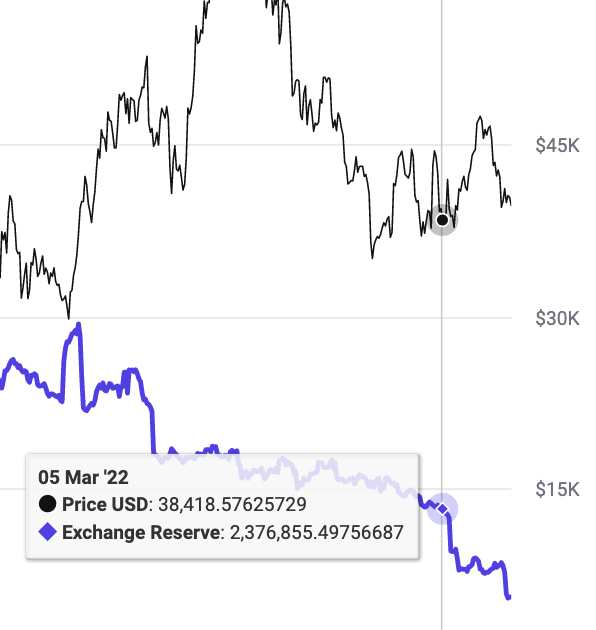 Withdrawals had a sideways movement for about a month, but again saw a rise, with the new all-time low on the 16th of April 2022, which coincided with a possible beartrap this weekend.

Will we see a price increase in the next few days?

In the market anything can happen and it is very difficult to predict price behavior, but some patterns seem to indicate that a new bull market may be on the way. follow him Thegarret on social media to stay on top of exclusive market news and analysis! Instagram | telegram | twitter | Facebook

Tue Apr 19 , 2022
Michael SaylorCEO of MicroStrategy, said at the Bitcoin Conference 2022 that he is more optimistic than ever about Bitcoin. MicroStrategy, one of the largest bitcoin acquisition companies, has accumulated more than 129,218 bitcoins as of April 4, 2022. His recent purchase was on April 5, 2022, when acquired 4167 BTC […] 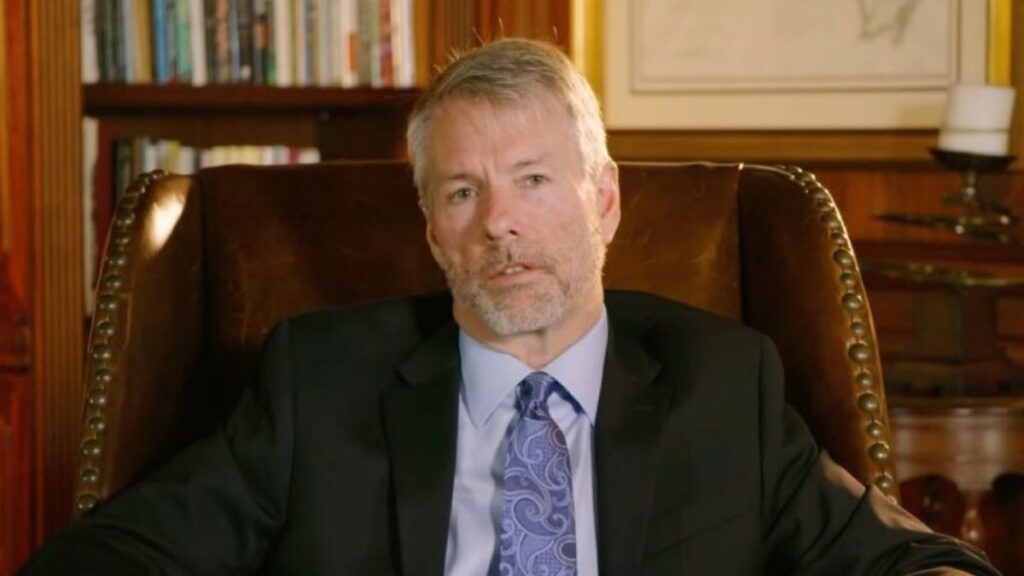