Number of addresses with more than 0.01 bitcoin set a new record, with a total of 9.98 million addressesshowing a growth in the number of “bitcoin commoners”, but with many of them at a loss.

Commoners on the Rise

Called commoners, or “plebs” – from English, are those bitcoin “hodlers” who take the front line in the battle for information, defending the ideals and price of Bitcoin. Whether on social media, in groups of friends, at work or in front of family, commoners are: “The intolerant minority”.

This minority, however, seems to be growing, as the number of addresses holding at least 0.01 BTC grows exponentially and has reached a new record of ~9.98 million addresses, according to data from coinmetrics. Glassnode also noted that the slightly more select “plebs” with addresses of 0.1 BTC or more also recorded record numbers in quantity, with a total of 3,469,507 addresses in this balance sheet.

Bitcoin commoners are also known for their great enthusiasm and loyalty, as they are not afraid to stand up for their ideals; follow your strategy Average Price in Dollar (DCA – dollar cost average) religiously; and buy BTC even when market sentiment is so negative in down times. Despite this, their beliefs are often put to the test when the market defies the emotional with bloody price drops that put even the coldest of the plebs’ hearts in check. The current market phase we are living in is one of these, as all new addresses that joined the team before July 21, 2021, are currently at a loss. At the time, the number of addresses with more than 0.01 BTC was around 9.01 million, which means that at least 170,000 new commoners are in the red. This information can be seen in this Messari chart, which shows the growth in the number of addresses, as well as the moment when they appeared with the minimum amount of one million satoshis – which is equivalent to about R$1,600.00. 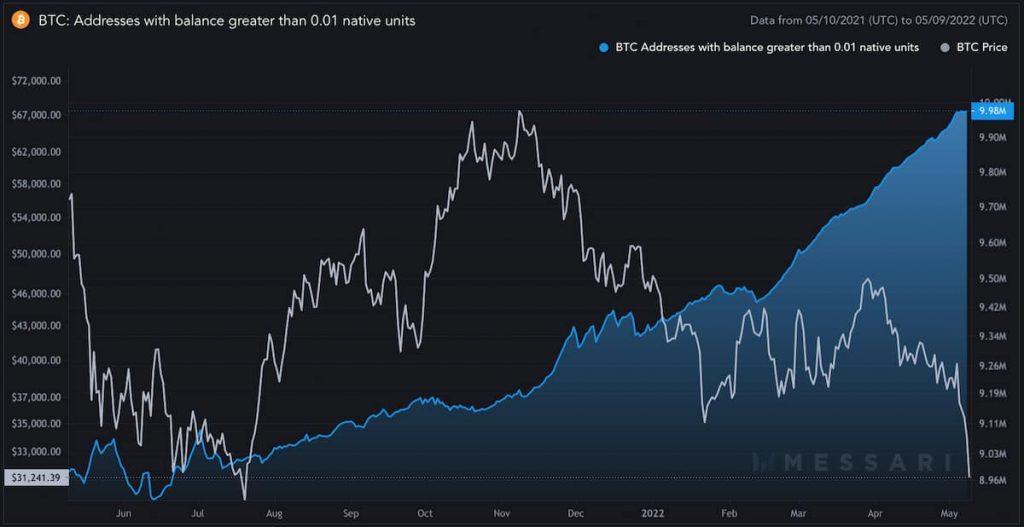 Source: Messari As noted in the chart, with the exception of July 20, 2021 behind, all the rest of the addresses came up with BTC trading at a higher price than it is today. This does not necessarily mean that the satoshis were purchased at the time the address was created, but it does provide valuable information about the time when the address was created. the owner has decided to move his funds and store the units at a new address. Nor can we know for sure the number of investors that make up these “plebeians”, since the same investor can have multiple addresses.

The term emerged from the commoners of the Roman Empire and gained traction and adoption in the bitcoiner community after an article in Bitcoin Magazine, which read:

“In this memo, I analyze the original plebs – the plebeian class of ancient Rome. The bitcoin plebs are the solid core of the community, and the bitcoin rabbit hole has encouraged all of us to read the story with fresh eyes.”

“There are many different labels, but I will call this subspecies the “bitcoin plebs”. This is a special type of bitcoiner, which is even less common, but represents something like special forces in this battle. These are rude and uncompromising people who are the first line of defense for Bitcoin and everything it symbolizes.”

It is common to see BTC commoners defending the “HODL” and DCA strategies, since, in theory, it offers less risk and less volatility to the investor who makes programmed purchases in a pre-defined period of time, regardless of price and moment. market, moving these bitcoins to a secure and proprietary address.

Until now it was difficult to say which addresses were being created at a price above or below what is currently being traded, but the drop of the last 5 days in a row marked new record lows in the period of a year, with accumulated losses of -48.16% on the BTC/BR pairL, quoted in Brazilian Real, according to Coingolive. Now, a large part of the new addresses, who may or may not be new investors, have transferred their units accumulating 0.01 BTC or more at a higher price than the current one. The next few days will be very important to define the situation of the supporters of the leading currency in market capitalization and also about all the rest of the assets that normally accompany the leader.

Tue May 10 , 2022
With Bitcoin approaching $30,000 againit is not only the portfolio of cryptocurrency investors that has been losing money, the institutions that bet on Bitcoin are also losing the market value of their shares, as is the case with MicroStrategy. The technology company that bet on Bitcoin as one of its […] 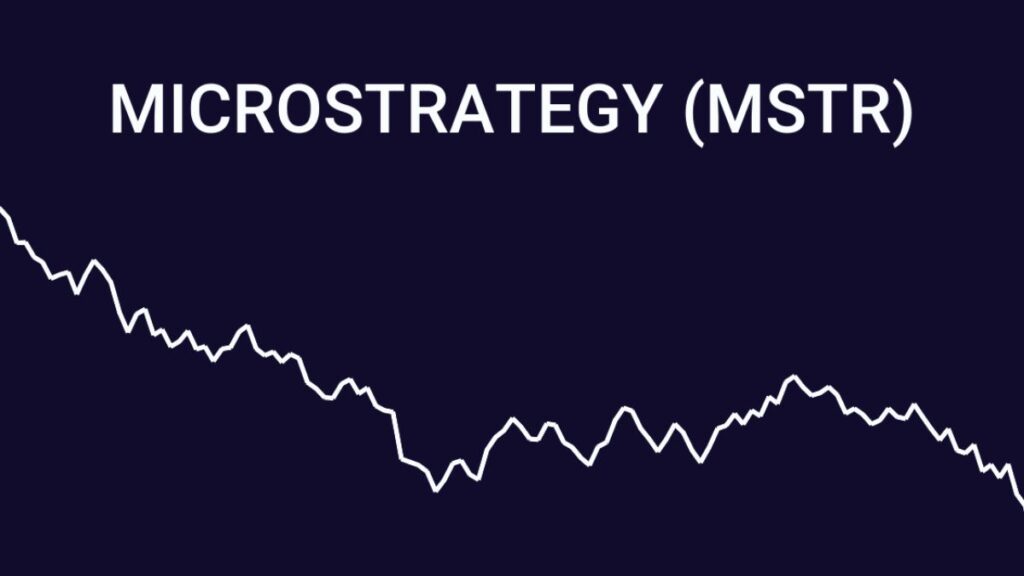