The cryptocurrency market information portal, Coingecko, has a page that shows us which cryptocurrencies are most sought after in some countries – according to research on the platform – and with that we realize that Brazilians really like a “good” blow. .At least, Brazilians have been researching more about two known scams than about Bitcoin, not to mention looking for projects with weaker fundamentals and that could be in an unsustainable economy, and could come to an end soon (or not). .Know more: Brazilians look more for games and memes than for Bitcoin, data show

Top 10 most searched projects by Brazilians 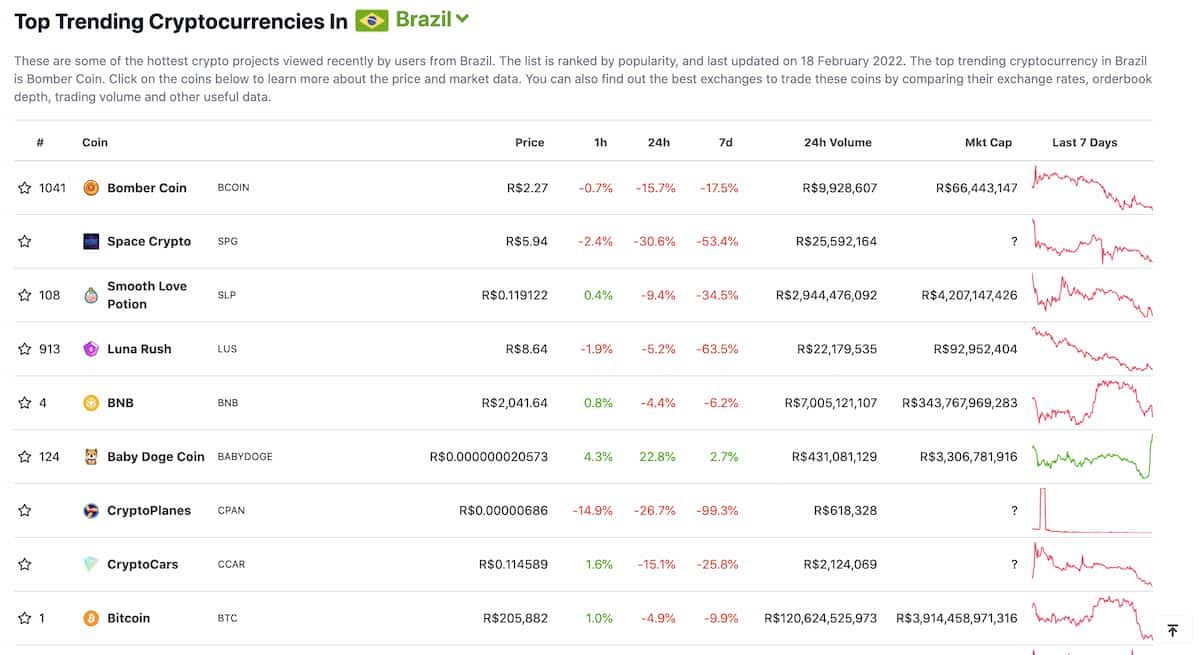 CryptoCars was the favorite scam of Brazilians 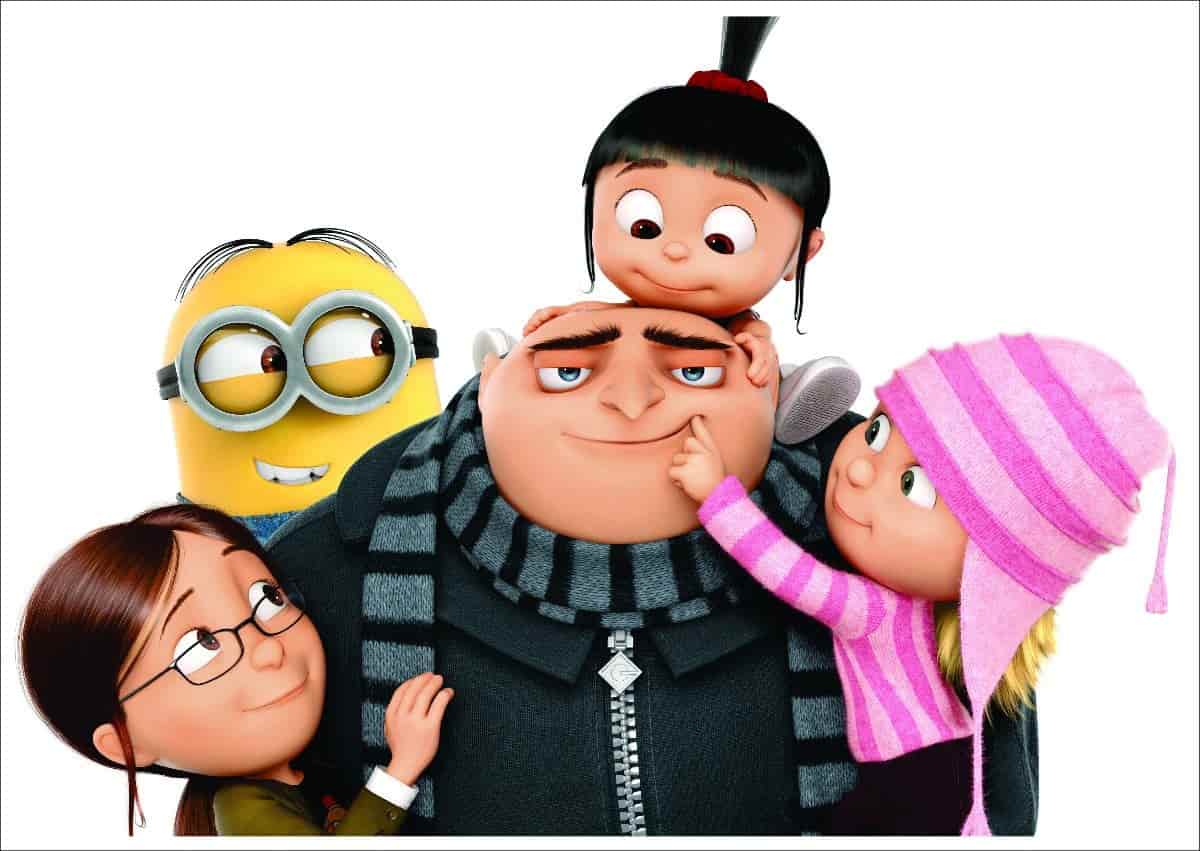 CryptoCars was recently discovered as a scam, when its developers applied a Rug Pull – a technique known when project owners unexpectedly liquidate their position and disappear, leaving behind a worthless asset in the hands of investors. Rug Pull means “Pulling the Rug”.Know more: CCAR game with 30,000 Brazilian players and a probable Rug PullEven almost a month after the rug pull, the CCAR game remains one of the most sought after projects by Brazilians among the more than 17,000 tokens that exist on the market. Maybe out of curiosity? Or a hope of reviving their lost funds from the fraud? Both on the ground and in the air, the family did not escape. CryptoCars’ cousin, CryptoPlanes, is even more researched than the original and is part of the list of tokens that no longer have value. Even though they were still traded, their use was limited to an ecosystem that no longer exists.

Although no coup has been confirmed and the projects are still alive, there are some on this list that have a weak economy, sometimes very similar to a pyramid scheme, that offer very high risk exposure and could go the same way as CCAR. Bomb Crypto is one of them, with the Bomber Coin token, whose value is directly associated with the play-to-earn game, whose tokenomics had to be reorganized after some users reported danger of being unsustainable. Perhaps now it has improved, but it is difficult to know. The second most sought after, Space Crypto, is a recent project, but there are already some warning signs and indications that it may not last long on the market. youtuber, with a channel focused on play-to-earn games: “the account doesn’t close” and the rewards seem to be very high, offering the risk of not being sustainable. In addition to looking for projects with many warning signs and red flags, the Brazilian also shows to like meme coins a lot.

Bitcoin in ninth place of interest

Meanwhile, the global cryptocurrency market leader, with a value dominance of over 40% over the entire market, with net dominance in capitalization vs volume of 63%, according to Coingolive, is only in the ninth position of interest.Know more: We’ve been miscalculating Bitcoin’s dominance for years; understandThis demonstrates a greater willingness to expose oneself to volatile projects, behind schemes that play with the greed of Brazilians seeking giant valuations, but also with a high risk of losing everything. It’s basically an all-or-nothing strategy. Everything may seem interesting, but nothing is painful. And unfortunately, many will only realize this when they reach zero. This is why risk management is important and it is also very important to distribute exposure to volatility through diversification, but even more important is for the investor to realize careful research about the project you want to invest inanalyze tokenomics (token economics), who the developers are, their history and listen to your intuition.Know more: 5 Tips for Finding Good Crypto ProjectsIf there are warning signs – red flags – the best alternative is not to enter the project. the level of decentralization of the project. Typically, the more decentralized, the better. The risk of falling for a scam is lower. Projects with “weak fundamentals”, or even CCAR, are less decentralized (sometimes completely centralized) and that is where the biggest problem lies. coinext
The complete broker to safely and conveniently invest in the most traded cryptocurrencies in the world.
Register and see how simple it is, visit: https://coinext.com.br

These are the main Shiba Inu (SHIB) social media influencers

Sun Feb 20 , 2022
Social media platforms have matured in recent years and have now become a storehouse of information. In particular, they seem to share a symbiotic relationship with cryptocurrencies and specifically meme coins like Shiba Inu (SHIB). In fact, the research website LunarCrush has dedicated an entire section to social media metrics. […] 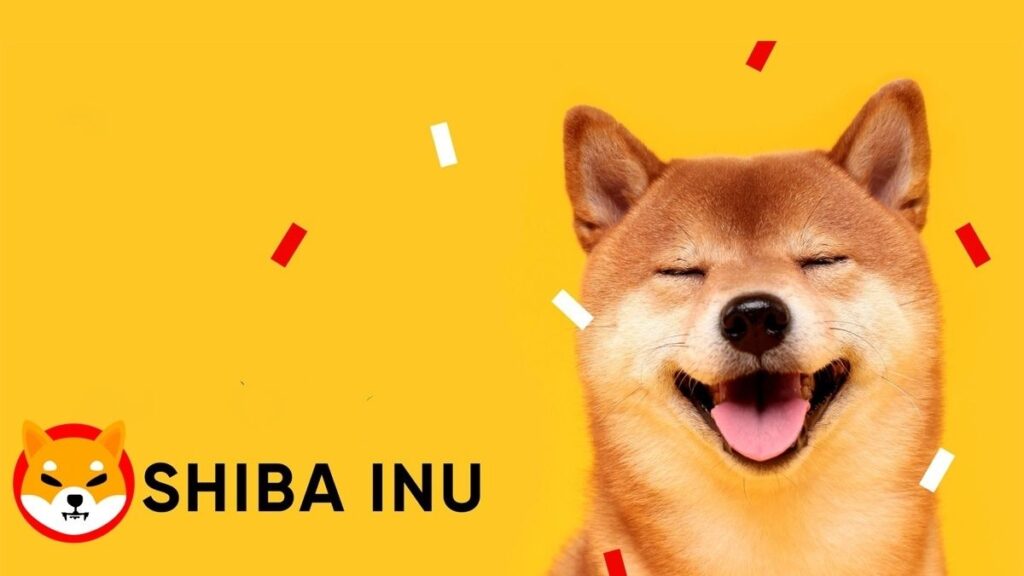