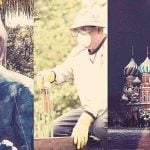 Bolsonaro announced a visit to Putin, in Russia, with commercial interests at a delicate moment for International Relations, but both Russians,…

Bolsonaro announced a visit to Putin, in Russia, with commercial interests at a delicate moment for International Relations, but both Russians and Brazilians are already protecting themselves against the political decisions of their rulers through cryptocurrencies .

While Russia is at the center of one of the biggest diplomatic crises seen in the world since Cuba's missiles – 60 years ago – with troops stationed on the Ukrainian border, threatening a possible invasion that would result in a conflict possibly involving the whole of Europe and also its ally, the United States; Bolsonaro has decided it's time to buy fertilizers .

The president of Brazil, in an election year, decided to ignore all the tension of global policies and announced a trip to Moscow, for commercial purposes, to negotiate the import of fertilizers for agribusiness.

Many political experts assess this decision as “irrational” and “insanity”.

US President Joe Biden has made it clear that he does not approve of this decision and sees it as an endorsement of Russia's upcoming aggression against Ukraine.

“Brazil – with Jair Bolsonaro – has a responsibility to uphold democratic principles and protect the rule-based order, and to reinforce this message to Russia at every opportunity.”

Regardless of whether or not you agree with the actions and decisions of the tycoons in power, it is undeniable that these decisions affect us positively or negatively. So what to do when we don't agree with decisions and when their effects are negative, or seriously negative ?

How can we protect ourselves from decisions that harm us?

Among the many negative consequences of the decisions of the “staff up there”, is the financial one. And it is even the financial part that usually leads these decisions.

From wars to the purchase of fertilizers , from “democracy protection” to electoral promises , money is the protagonist .

So it is fair to think that having money that is less influenced by the decisions of rulers is an effective way to protect yourself.

Cryptocurrencies play an important role in this regard and are already one of the main choices of people when looking for alternatives to money, the financial system, the world of investments, the relationship with collectibles and other forms of exchange of values. Even if it's just a way to protect your wealth from inflation.

Learn more: Find out how much is the real inflation of the Brazilian currency; and how it affects us

And when we analyze the numbers of the countries ruled by Bolsonaro and Putin, we see a reflection of the growth in demand for this protection.

I could even say that buying cryptocurrencies is a way of “voting” with your own money. It is the “third way” that many have been looking for.

Some numbers about cryptocurrencies in both countries

According to the Central Bank of Brazil, the amount of cryptocurrencies “imported” into the country exceeded US$ 6 billion in 2021 – almost double the “import” value in 2020 of US$ 3.31 billion ( 81% of increase).

The BC considers the transfer of ownership of the asset by a non-resident in the country to a resident as an import.

According to the website Cointrader Monitor, Brazilians moved around US$ 20 billion in cryptocurrency trades. 4 times more than traded in Russia.

Both the estimates from Brazil and Russia should be viewed conservatively and we can assume that the numbers are even higher, considering that in both countries there are many undeclared purchases that are impossible to trace.

Why can buying cryptocurrencies help you protect yourself from these craziness?

Cryptocurrencies such as Bitcoin (BTC), Ethereum (ETH), Bitcoin Cash (BCH), Monero (XMR), Nano (XNO), among others; are means of storage and transfer of monetary and financial values that do not depend on a central bank.

Its development is – normally – decentralized, open source, collaborative and its database is also distributed in a decentralized way in a network of computers that work for a common goal:

Create this peer-to-peer (peer-to-peer) reservation and transfer system, without the need for intermediaries and without the control of institutions, often motivated by political interests.

In addition, the booking and value transfer solutions are completely borderless. Allowing a global connection and the free movement of its owners, without affecting their assets and without logistical difficulties.

That way, if any political decision (as long as it doesn't have a global impact) affects you negatively, you can better protect yourself by changing countries, or by stopping using the currency of that harmful government.

You can flee from wars and conflicts, ensuring your safety and the safety of your family.

And it can carry out international commercial operations, without needing its president to expose himself at such a delicate moment, where there are great chances of Russia invading a neighboring country while he is still trying to buy fertilizers. 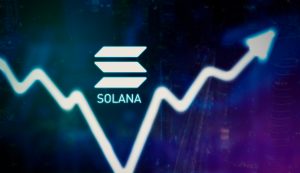 This Wednesday (2) marks a second day in a row in which (almost) all the members of the top 20 of the largest cryptocurrencies by market cap show growth, according to data from CoinGecko. The exception is Shiba Inu (SHIB), which at the time of writing this report was down 0.1%. Bitcoin (BTC) operates at a high of […]