The cryptocurrency market woke up bathed in blood, with bitcoin dropping to a two-month low in US$…

The cryptocurrency market woke up awash in blood, with bitcoin dropping to a two-month low of $42,000. Now prices have rebounded to $46,000, indicating high volatility, but all major cryptos are still in the red.

Bitcoin prices have experienced one of its worst declines, dropping $16,000 in a matter of hours, returning to the levels of two months ago. Most altcoins are in deep decline, with double-digit price losses, and market capitalization has dropped $600 billion at the low end.

A lot can change in the cryptocurrency market in one day. The BTC has recently been ready to try to pass the $59,000 resistance once again, after 3 failed attempts, until investors started pouring bitcoins into the market.

Its market capitalization, which was close to $1.1 trillion yesterday, is now well below $900 billion.

Somewhat to be expected, 24-hour settlements soared to $2.5 billion after this heightened volatility, with 400 traders liquidated. This means that those who leveraged on brokers to increase their earnings in an eventual rise in bitcoin lost the value of those positions.

As usually happens when BTC plummets, so do alternative cryptocurrencies (altcoins). Ethereum, for example, went from a daily high of $4,670 to $3,500. After that massive dump, ETH has now stagnated below $3,900 and is down 16% for the day.

The situation with the rest of the alts is similar, if not worse, as double-digit price declines are evident everywhere.

With nearly all values down, the cumulative market capitalization of all assets was dumped from over $2.6 trillion to just over $2 trillion in Coingolive. As of now, it's about $2.2 trillion, which still means a loss of approximately $400 billion in one day.

When cryptocurrencies see big drops in price, asset enthusiasts often enjoy the moments as if they were promotions.

That's how Nayib Bukele interpreted the moment, he is the president of El Salvador, the country that made Bitcoin one of its official currencies. Bukele purchased 150 BTC for his country's treasury at an average price of US$ 48,500 and announced it on Twitter this Saturday.

“I missed the bottom for 7 minutes, ” he said. The move was frowned upon by critics like Peter Schiff, who claimed bitcoin would find plenty of other funds and asked "How much taxpayer money do you intend to waste?"

On the Friday of Black Friday , El Salvador had already bought 100 bitcoins, following the movement of MicroStrategy, a publicly-held company that holds the most bitcoins in the world. Michael Saylor's company invested another $414.4 million in bitcoin.

What is Decentralized Finance (DeFi)?

Bitcoin (a payment system where anyone in the world can send money to anyone else) was just the beginning of the crypto revolution. People who develop decentralized applications (or dapps for short) seek to take accessibility one step further. Decentralized Finance (or DeFi) was identified as a possible solution for […] 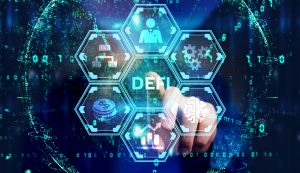