The 21st century stands out for the digital industrial revolution. Possibly the biggest change observed in the daily lives of citizens at this remarkable moment is the amount of information available and the speed with which it is transmitted. Every day, we receive news and articles by cell phone, Facebook, Whatsapp, television, newspapers, websites, etc. It becomes increasingly difficult to distinguish which of these information is true and reliable, many of them being passed on and viralized without even having a reliable source. For some time now, individuals and entities have become aware of this phenomenon and have been taking advantage of it for their own benefit. These are called disinformation practices: activities to disseminate untrue and/or manipulated facts, with the aim of confusing and influencing people, slandering third parties, spreading ideas, thoughts, philosophies, prejudices and opinions, and even influencing electoral results. The “fake news”, or false news, gained strength especially in the last two years in several countries, such as Brazil and the United States. The dissemination of this news is not limited to individuals with less education. On the contrary, it is common to see graduates and supposedly more enlightened people forwarding sensational or fake news links, after reading only the headline and not caring about the source. And although we find apparently harmless examples, such as articles about the alleged "benefits of lemonade in alkalizing the blood", this phenomenon becomes more serious when it involves the dissemination of conspiracy theories and false allegations on important issues, such as the pandemic, vaccination, government , racial protests, etc. Manipulated news can favor (financially or politically) privileged minorities through mass control, which can even weaken the solidity of democracy. The advent of AI technologies that allow the creation of fake but highly believable photos, audio and videos could make this picture worse. Thus, it is within the scope of the Judiciary to discourage and combat misinformation practices, protecting national integrity and stability. If, on the one hand, technology has brought about the emergence and escalation of the problem, it has also come to offer an alternative to it. Next, learn more about the blockchain's potential in combating digital misinformation.

Commonly used to validate transactions between users of cryptocurrencies, such as Bitcoin, blockchain networks are P2P digital systems that have gained more and more applications. Uses range from innovations in decentralized finance (DeFi) to adaptations for real estate, insurance, digital media, arts, NFTs, logistics, etc. Data written to a blockchain becomes read-only and in the public domain: each node stores an identical copy of the complete record. A consensus mechanism is responsible for mediating communication in the network, ensuring the validity and non-duplication/alteration of information. This technology is today considered one of the safest ways to operate data digitally, in addition to bringing virtually unlimited potential in automation and decentralization.

The use of blockchains in information channels

Blockchain technology can play a role in the news and information market as it does, for example, in managing supply chains. In the logistics field, it is important that products have their trajectory fully recorded, from production to delivery to the final recipient. This record must be fraud proof and also easily accessible at all times. We could then  treat news and information as products, recording them on a blockchain network and tracking the entire content path, in a 100% transparent way. There are three main contexts in which blockchain enforcement is effective in preventing misinformation: Verification of origin Publishing channels can register your images, captions, photography releases, copyright ownership, and more. An example of this application is being explored by the newspaper “The New York Times”, which allows readers to see when, where and how certain stories were created, as well as what changes were made to them. Another company, “Truepic”, registers ownership of photos and videos on the Bitcoin and Ethereum networks. Identity and reputation of online publishers A blockchain system has the ability to verify the veracity of the relationship between information and who published it, as well as trace the publisher's reputation based on record history. This would eliminate the need for public trust in certain centralized media such as specific TV channels or newspapers. We would then classify information sources through a score, based on their history of accuracy and with confidence that the blockchain system does so in a factual and impartial manner. Likewise, the system would make it possible to “separate the wheat from the chaff” more clearly, highlighting sources of misinformation and the path taken by them. Incentive of quality content In the current model, digital platforms encourage the production of media and sensational content that induces user clicks, the display of advertisements and the consequent generation of profit. This model favors content that circulates quickly — especially “viral” content — that causes commotion and generates controversy, regardless of its veracity. Such an environment has become ideal for those who seek to profit from the spread of misinformation. However, through a model with reliability ranking by blockchain, as described in the item above, we would be able to reverse this situation by 180°. Channels with good practices would be rewarded with more sponsorship, while deceptive media outlets would be discouraged.

Blockchain technology can offer effective methods of combating misinformation, however, the success of the endeavor still depends on how the community will apply the technology. As the basis of its functioning depends on reliability, it is important that the public can verify and agree with the validation standards used in the administration of the blockchain. Furthermore, the volume of information produced daily in the world is very large, and it may not be feasible to register and validate it entirely in blockchain. In any case, this technology remains a great potential aid to the industry. It will possibly become a great ally in the fight against misinformation, associated with the improvement of regulatory practices, education and awareness, both in the public and in the administrative spheres.

Fares Alkudmani has a degree in Business Administration from Tishreen University, in Syria, with an MBA from Edinburgh Business School, Scotland. Naturalized Brazilian. He is the founder of the Growth.Lat company and the Growth Token project.

Sat Jul 31 , 2021
Restrictions on detention times Sweden has repeatedly for many years received criticism regarding long detention periods from e.g. The UN Committee against Torture and the Council of Europe Special Committee against Torture and Inhuman or Degrading Treatment or Punishment. The criticism has particularly been about long detention periods for young […] 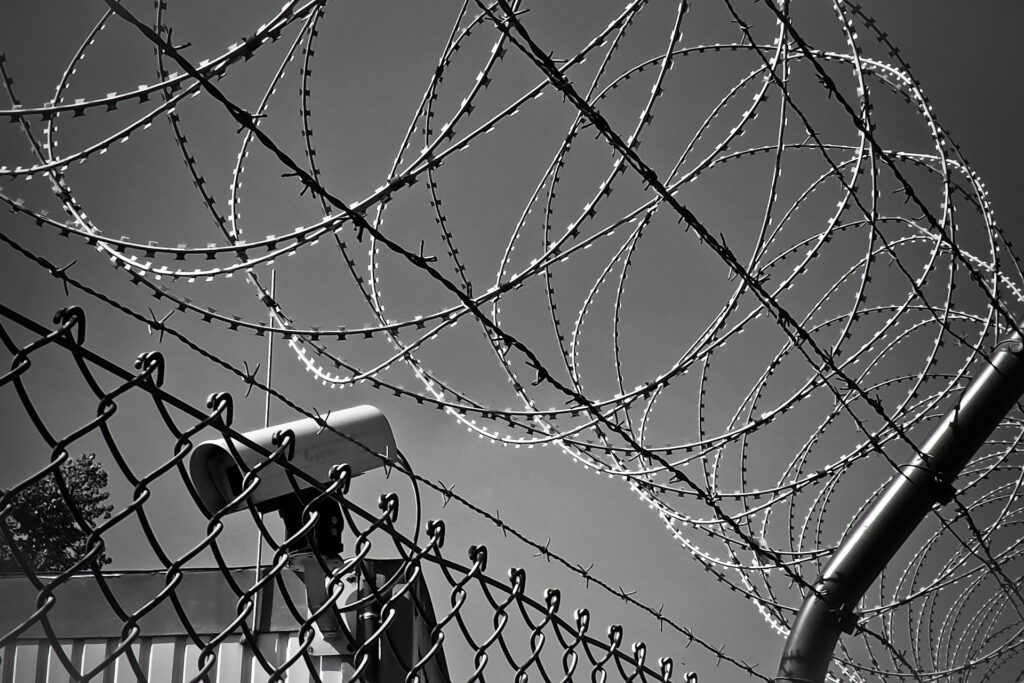