In many parts of the world the BitTorrent protocol has outpaced Netflix traffic, here's how to profit from the torrent market that has embraced cryptocurrencies in recent years. BitTorrent protocol, which even has a cryptoactive. The Global Internet Phenomena Report showed that between 2019 and 2020 the consumption of streaming video increased by 2.20% globally, with 3.13% of all internet traffic coming from the BitTorrent protocol. In the Africa, Middle East and Europe regions, called EMEA by the report, Bittorrent even surpasses Netflix's traffic volume.

“Many EMEA consumers compulsorily piracy  movies, TV shows and entire series through BitTorrent clients to bypass payment for various streaming services (OTT). Usage grew as an overall percentage, despite the high rate of piracy during the last report which was boosted by the last season of Game of Thrones.” – the report states.

The report explains that there are some reasons for the high number of torrent consumers, mainly in Europe, the main one being the fragmentation of streaming services. Amazon Prime, Disney+, Sky, BBC iPlayer are some of the different platforms. With so much fragmentation it is difficult to find content.A similar phenomenon happens in Asia, where Bittorrent lags behind Netflix but is heavily used and top 7 in traffic. “BitTorrent is also in the Top 10 with 4.47% of the total volume. As in EMEA, it is due to the desire for content that is not easily accessible in the region, and consumers resort to piracy to watch their programs.” Brazil, according to MUSO data, is the 5th country with the highest number of visits to websites. piracy in the world (films, books, TV and movies) with 5.4 billion visits in 2020. The fragmentation of services and the increase in streaming plans for the Brazilian reality seem to encourage the consumption of content by torrent. In a survey for Broadband Genie in the UK, 37% of respondents said they would consider accessing illegal content via streaming or sharing sites if the market continued to fragment.

Profiting from the return of torrents

No wonder that currently many cryptoactives related to the torrent market have seen exceptional gains. The main one is the BitTorrent Token (BTT), with an appreciation of 407% in the last 12 months and a market value of US$1.3 billion, it surpassed the bitcoin (BTC) which grew “only” 225.59% in the same period .Supported by BitTorrent, the biggest torrent client in the world,  BTT creates an incentive system using the blockchain for those who want to download a file faster and also for those who do the streaming. Even the creator of bitcoin himself recognized the importance and potential of the Bittorrent protocol: “For transferable proof of work tokens to have value, they must have monetary value. To have monetary value, they must be transferred within a very large network – for example, a file trading network similar to bittorrent” – Satoshi Nakamoto. But it's not just BTT that has its eye on the pirate market, The Pirate Bay launched the TPB Token in May and already has 506 holders. The administrators of the famous pirate site want to give future advantages to those who have tpb such as exclusive content, streaming transmissions and even an address-based login on the Binance Smart Chain blockchain. Another cryptoactive that bets on the pirate theme is the Pirate Chain (ARRR), the cryptoactive created from the Komodo blockchain and focusing on privacy has gained many investors, the ARRR developers' official page already has 15 thousand followers.

Where to invest in pirates' cryptocurrencies?

TPB and ARRR tokens are not easily found in Brazilian currency at crypto-active brokers, only via person-to-person (P2P) trading. ARRR is traded on the bitcoin.com exchange on BCH and BTC pairs. While TPB can only be purchased at the decentralized broker PancakeSwap. The BTT token is available to all Brazilian pirates on Novadax in real pair (BRL). Buy Bitcoin at Coinext
Buy Bitcoin and other cryptocurrencies at the safest broker in Brazil. Sign up and see how simple it is, go to: https://coinext.com.br

Wed Jul 21 , 2021
The European Commission (EC), the executive arm of the European Union (EU), presented this Tuesday (20) a stricter proposal for the regulation of cryptocurrency transfers, suggesting the banning of anonymous wallets. Earlier this month, leaked reports on the matter suggested the Commission was moving forward with tougher crackdowns. Today's announcement […] 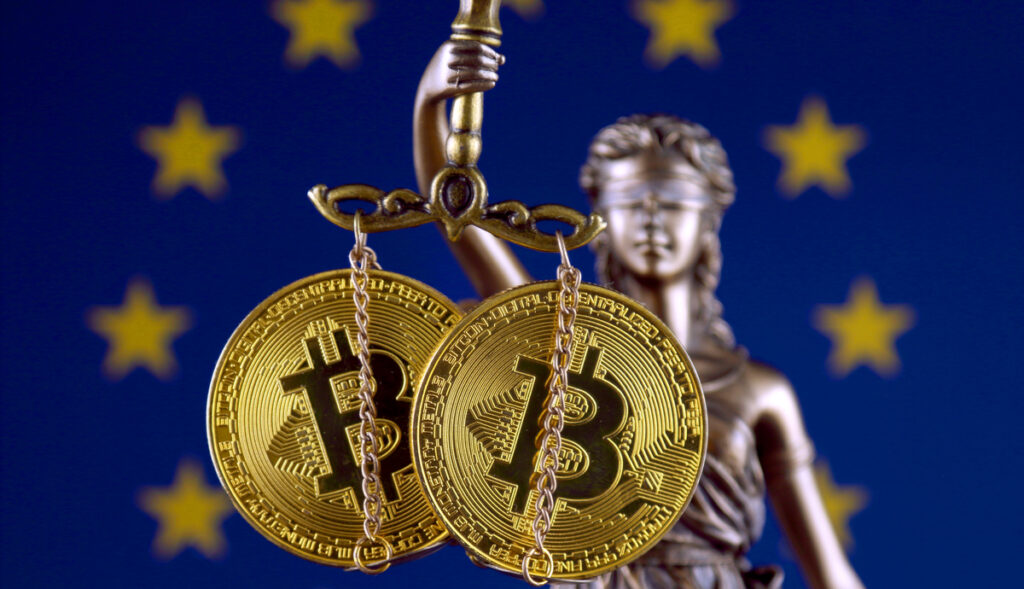