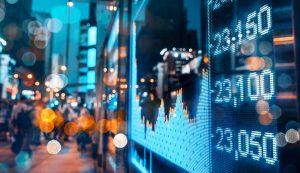 In January 2022, the investment that generated the greatest profitability was a shabby Ibovespa, which closed the first month of the year with gains of 6.98%. The main performance index of stocks traded on B3, Brazil's official stock exchange, had a difficult year, but it proved capable of getting off the ropes of […]

In January 2022, the investment that generated the greatest profitability was a shabby Ibovespa, which closed the first month of the year with gains of 6.98%. The main performance index of shares traded on B3, Brazil's official stock exchange, had a difficult year, but it proved capable of getting off the ropes and getting back into the fray.

On the other hand, who generated the most losses in January was Bitcoin: losses of 22.15%.

But those who are hodlers are still happy: in the accumulated twelve months, the result of the main cryptocurrency on the market is an appreciation of 10.71%, much higher than the vast majority of other investments. In the same period, the Ibovespa suffered a fall of 2.54%.

The winds changed quickly at the beginning of 2021. In the accumulated twelve months, the scenario still showed a negative Ibovespa and a Bitcoin lavishing growth, which, at that moment, seemed sustainable. After all, the coin had just hit its record price of $69,000 in November.

Another investment that paid well looking at the accumulated of 2021 is the BDR, shares of companies based abroad. But this trend is also changing: looking only at January, this product has already dropped 10%.

Not even the 2021 champion was able to hold back his vitality at the beginning of the year. The IGP-M, measured by the Getulio Vargas Foundation, had 16% last year. This is the index used to calculate the rent adjustment (which owners had a hard time enforcing in times of economic crisis).

In January, the IGP-M already showed a more modest growth, up 1.68%.

Is it hard to know where to run? We spoke with financial market analysts to understand what forces are turning the investment world upside down.

Ibovespa on the rise, but until when

The Brazilian stock market is on the rise, but the fact that the United States threatens to increase the basic interest rate of its economy may prevent the continuity of the good moment.

For many investors, the maxim still holds true: an American debt bond in hand is worth more than two emerging country stocks in crisis flying by.

This, however, does not discourage analysts, who remain confident that the stock market will recover in the long term.

The flow of foreign capital into the country remains high: up to December 2021, BRL 43.91 billion entered (IPO and follow-on) and BRL 70.76 billion via the secondary market.

“Emerging countries are very discounted in the eyes of investors. Therefore, I believe that there will not be a realization [of profits] and IBOV will be able to remain at this level today”, says Rodrigo Friedrich, head of equity at Renova Invest.

Clara Sodré, a teacher at Xpeed School, listed the reasons for the good moment of the scholarship: global rotation from growth to value (traditional sectors), strong exposure to commodities on the Brazilian stock exchange and very low entry cost on the stock exchange.

“All this movement directly benefits the Brazilian stock exchange, as our Ibovespa has strong exposure to these sectors. With that, the movement of foreign investors reached R$ 28.1 billion in monthly flow now in January, which is the highest monthly flow since January last year”, says Sodré.

“As a result, we had this January rally, which may just be the beginning of a more sustained rally,” he argues.

Bitcoin has always had as an asset the fact that it has little correlation with other market indicators (gold, stocks, commodities, real estate), heavily influenced by state policies. But that link is getting closer. Lucas Passarini, Bitcoin Market Business Analyst, states that the expectation is that this “momentary correlation” will decrease again in the coming months.

“Today, the systemic factors of the global economy affect more than in the past, as crypto-assets have aroused the interest of many relevant economic agents”, he explains.

Another point of cryptocurrency is that many people are “underwater”, that is, they bought it for a higher price than the asset currently presents. Passarini believes that there is no way for the Bitcoin price to return to higher levels, and a recovery in 2022 is not impossible, but it is increasingly less likely.

"We went through a year of great appreciation, a correction cycle is natural, even more so in a year where monetary incentives must be reduced".

the rise in rents

The impressive rise in rents draws attention, but this is an area that requires a thousand considerations. Bureaucracy, legislation, volatility. Everything makes investing in rental properties difficult. And it's not just the normal factors. Clara Sodré emphasizes that, soon, both the index can change and the law.

“A point of attention is that many real estate companies have already changed their reference index. Faced with the escalation of the IGP-M, many tenants preferred to change the index of their rental contracts to the IPCA. So, even with high inflation, investors should pay close attention to this”, he says.

She also argues that the rise in the IGP-M also generated discussions in Congress. PL 1026/21 is stalled in the Chamber and provides for a change in the lease law so that the correction of rental contracts does not exceed the IPCA.

Rodrigo Friedrich, on the other hand, is more excited about this segment. “Historically, the purchase of a property has always been successful in terms of appreciation. As an investor and market professional, I really like investing in FII. Liquidity is infinitely greater and rentals are tax-free. In addition, the money invested is managed by a specialist who diversifies the ventures, reducing the risk of concentration”.

The rise in the Selic, the country's basic interest rate, is bringing back an investment that had some (few, it's true) periods of ostracism, fixed income. Friedrich points out the CDI as the hotspot in terms of investments.

“However, it is worth remembering that an investment portfolio needs to be diversified between CDI, IPCA and a small portion of fixed rate”.

Disney is in need of an NFT expert 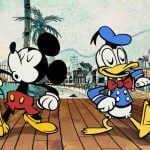 Entertainment giant Disney is looking to hire a business development manager who will help lead its foray into...

Disney content in need of an NFT expert appeared first on Cointimes.