Donald Trump and Hillary Clinton represent two opposing sides of political thinking in the United States, but journalist Glenn Greenwald highlighted a similarity between the two: the fear of Bitcoin.

On Nov. 20, news.bitcoin.com reported that Democrat Hillary Clinton warned that Bitcoin could destabilize nations and undermine the dollar as the world's reserve currency. The statement was made on a panel discussion at a Bloomberg forum in Singapore.

More recently, this Wednesday (22/12), Republican Trump called Bitcoin “a very dangerous thing”. The former US president told Fox that cryptocurrencies could be an explosion never seen before, bigger than the explosion of big techs.

Previously, Trump had even called bitcoin a scam , but recently he advertised his wife Melanie Trump's NFTs (non-fungible tokens) saying they would be a hit.

“Bitcoin unites Trump and Hillary in opposition, both warning that it threatens dollar hegemony and is a 'dangerous' weapon to undermine the power of the status quo,” tweeted journalist Glenn Greenwald.

The main reason why politicians fear (and hate) Bitcoin is the same reason that journalists love it, it cannot be controlled.

Because your network is decentralized, no one can censor transactions or “cancel” people and cut off your funding source or even confiscate your assets. When journalist Julian Assange was disconnected from PayPal, his important Wikileaks project survived because of Bitcoin.

Glenn Greenwald, founder of Intercept, as well as being a strong supporter of the Assange case, also understands that Bitcoin is an excellent tool for freedom. Speaking on the Flow Podcast, Greenwald said he believed Bitcoin could set individuals free, destroying the ability to centralize power.

At another time, on Twitter, the journalist claimed that Bitcoin brought an advance in privacy and avoided corporate and state control of data in general.

“The implications of bitcoin technology beyond just being a currency — and especially its potential to decentralize power, allow for genuine privacy and avoid corporate and state control over information — is in its early stages of understanding. But it's coming.”, posted Glenn on the social network.

The traditional financial system is not fair to most people, which is why Bitcoin can represent... 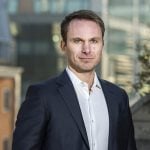