This Christmas Friday (24) the market capitalization of cryptocurrencies increased by US$ 120 billion in one day, as…

This Christmas Friday (24th) the market capitalization of cryptocurrencies increased by $120 billion in one day, as bitcoin surpassed $51,000, according to CoinGoLive .

Altcoins are also mostly positive, with Terra stealing the show after a double-digit increase to a new record $100. Check out the Market Summary how inflation is inhibiting last-minute Christmas shopping, too.

The market capitalization cryptocurrency leader has tried to cross the coveted $50,000 mark on several occasions in recent weeks, with little or no success. The last attempt took place two days ago, when the BTC was stopped just before that level.

The subsequent rejection took the asset south again to around $48,000, as reported yesterday. However, this is where the bulls started playing again and changed the scenario.

Over the next few hours, the BTC began to rapidly increase in value. This led to a break above $50,000 and even $51,500, which became the highest price since December 7th. Bitcoin's market capitalization has increased to well above $950 billion.

Inflation inhibits Christmas shopping in the stock market too

The IPCA-15 released this week revealed further spread of the price hike across the economy, and equity investors will cut turkey more cautiously this time.

In this trading session with the lowest volume of negotiations in 2022, selling pressure in Brazil once again prevailed against the world.

The national stock market only deepened the mismatch in relation to the outside world seen in the week. Considering the 19% drop in the Ibovespa quoted in dollars so far in the year, against 25% gains collected on the New York Stock Exchange.

This time, there was no omicron that held the momentum of the main indices in the world. In Brazil, a horizon that is divided between low or negative growth, high interest rates and inflation, and one of the most nervous elections in history, makes investors fear what will come in 2022.

Terra and CRO steal the show

The last 24 hours were also highly bullish for alternative currencies. Ethereum, which struggled below $3,800 a few days ago, is now above $4,100 after a daily increase of 3.46%.

According to CoinGoLive, the market capitalization of all crypto assets rose to about $2.5 trillion this Friday.

Decentralized exchanges (DEX) reported more than $1 trillion in trading volumes in the year 2022, according to... 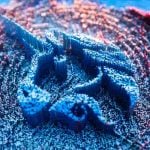