The Bitcoin network already handles more volume for dollar value than PayPal, and the largest network of…

The Bitcoin network already handles more volume for dollar value than PayPal, and the world's largest decentralized cryptocurrency network by market capitalization could surpass Mastercard as early as 2026.

Blockdata's report suggests that the Bitcoin network could potentially match the dollar amount transferred on Mastercard's network as early as 2026 or just 2060.

Ultimately, Blockdata says it is unlikely that the price of Bitcoin will rise to the appropriate level to match Mastercard. If we consider the average annual price of Bitcoin, it could take up to 2060. On the other hand, “taking the current growth rate in 2022 as a metric, this could happen as early as 2026”.

Three factors can make the Bitcoin network rise to the level of the two credit card giants in terms of total volume processed: the total number of transactions, the average amount of Bitcoin sent per transaction and the increase in the price of Bitcoin (BTC).

Total number of transactions: Theoretically, if Bitcoin increased its transferred value per transaction today by about 260%, it would be processing an equivalent volume of Mastercard daily. However, the report did not find current data indicating that the average amount of Bitcoins sent per transaction is increasing.

The trend may change in the future, but a price increase to $245,000 on current volume would also make Bitcoin match Mastercard. This price action is potentially more likely than an increase in volume, according to some analysts.

“It's impressive how Bitcoin, as a 12-year decentralized network, is 27% of the way down in terms of processed volume compared to Mastercard, a company founded in 1966.” 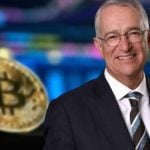