Implemented in Bitcoin code over four years ago, Segwit is now used by about 80% of…

Bitcoin content : Segwit adoption takes off and ends the year at 80% first appeared in Cointimes .

Implemented in Bitcoin code over four years ago, Segwit is now used for around 80% of bitcoin transactions, understand what this means for the network.

Segregated Witness or Segwit , for short, was an update that proposed separating transaction signatures from Bitcoin blocks to solve the problem of transaction malleability.

In practice, as Segwit throws some data out of the block, which can be filled with more transactions up to the 1 megabyte limit, the scalability has also been improved (similarly as it would be with increasing block size).

After Segwit was implemented in Bitcoin, it still took time for the main portfolio services and brokers to adopt the technology, which only reached the 80% mark now in the end of 2022.

The number of daily transactions using SegWit addresses, which start with bc1 or 3 , slowly grew. The first spike in adoption came in March 2018, when the Bitcoin Core wallet made Segwit the default, and many services use this wallet.

Another notable increase also took place in 2019, when exchanges, including BitMex, adopted the technology. In June of this year, the last big spike in usage came because of Blockchain.com, a widely used portfolio and brokerage service that has also embraced Segwit.

Lightning Network , a second-tier Bitcoin solution that enables near-immediate and inexpensive transactions, was a big reason for implementing Segwit, and its use has also driven adoption of the technology.

Now about 80% of all transactions recorded on the Bitcoin blockchain every day are SegWit transactions, 40% more than in May and almost double the number at the end of last year.

At the end of 2022, the Bitcoin community reached a consensus on yet another update , Taproot , which in turn introduced another type of address (which starts with bc1p ). We don't know how long it will take for major portfolios to implement the new technology, but Segwit ending the year with 80% adoption is a great sign.

Bitcoin content : Segwit adoption takes off and ends the year at 80% first appeared in Cointimes .

Bitcoin Whale withdraws half a billion dollars in BTC from Coinbase, positive sign? 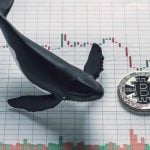 A huge whale is withdrawing nearly half a billion dollars in Bitcoin (BTC) in a single brokerage transaction...