On Wednesday, cryptocurrency analyst Willy Woo said that, according to on-chain data, the number of users on the Bitcoin network is currently "growing at its fastest rate ever." he highlighted that in the period last month, 1.2 million users were added, which he said be “the equivalent of integrating a country the size of El Salvador every 2 months”.Bitcoin price (in blue) and growth in the number of users on the Bitcoin network (in purple). Source: Willy Woo.Dan Held, Kraken's director of growth marketing, said in his response that Woo's estimate of 1.2 million new users in 30 days is "probably about the same number of users achieved over the entire 2013-2014 cycle." off-chain, those who do not interact directly with the blockchain, but are buying and selling at brokerages, for example. The amount of new off-chain users is typically 3 times greater than on-chain users, the analyst suggested. Interestingly, on Tuesday (10/08), Coinbase Global Inc. (NASDAQ: COIN) announced its impressive financial results for the second quarter of 2022, and during the company's conference call with analysts, senior executives spoke about Coinbase Comercial's retail and institutional growth. Coinbase said in its Letter to Shareholders that it managed to generate $2 billion in net income (US $1.9 billion of this amount is transaction revenue and the other $0.1 billion is subscription and service revenue). Coinbase also mentioned that it had 68 million verified users and that the number of monthly retail transaction users increased 44% from the first quarter of 2022 to 8.8 million.Read too:Buy Bitcoin at Coinext
Buy Bitcoin and other cryptocurrencies at the safest broker in Brazil. Register and see how simple it is, go to: https://coinext.com.br

Fri Aug 13 , 2021
The ‘Bitcoin Family’ hardware cryptocurrency wallets are hidden in secret places on four continents, Dutchman Didi Taihuttu revealed in a recent interview with CNBC. Taihuttu, his wife and three daughters made headlines around the world in 2017 after selling everything they had to live as nomads. “I hid the physical […] 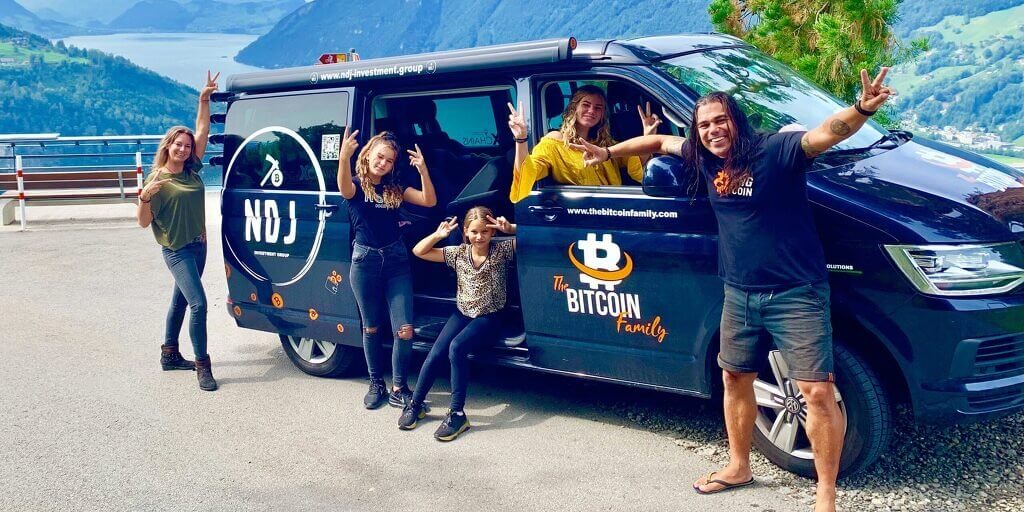