The world's largest cryptocurrency has just passed the $ 1 trillion market cap mark. This value represents the total bitcoin offer multiplied by the price, estimating its relevance in the world market.Bitcoin reaches $ 1 Tri by valuing 12.8% in the last 7 days. Source: Coingolive. By way of comparison, the market value of gold is $ 11.33 trillion according to the 8marketcap website. This means that Bitcoin already represents about 8.8% of the market size of the precious metal used as a millennial value reserve. In order to reach the $ 1.5 trillion silver market cap, the bitcoin market still needs to grow 50%. This movement is happening as more companies are showing interest in cryptocurrency, as the world's largest manager BlackRock, Morgan Stanley and others . In addition, even the city of Miami is suggesting that it will invest in bitcoin with the cashier of the city hall. BTC as a means of payment, technology returned to the front pages of newspapers.

The market value is now so relevant that it exceeds the total capitalization of the Brazilian Stock Exchange. As shown by data from B3, the market's general market cap was R $ 5.315 trillion on February 18, while Bitcoin's surpassed R $ 5.51 trillion at a price of R $ 295 thousand according to updated data.

Is it just the beginning?

Even in the early days of Bitcoin, crypto expert Hal Finney was already speculating the asset's potential if it reached mass adoption. After all, it was created to be the currency of the internet and could one day reach billions of users.In the crypto mailing list, where the Bitcoin white paper was launched, Finney wrote:

“Estimates of all family wealth from around the world that I have found range from $ 100 trillion to $ 300 trillion. With 21 million coins, this gives each coin a value of around $ 10 million. So, the possibility of generating coins today with a few cents of computing time can be a good bet, with a reward of something like 100 million to 1. ”

At the beginning, much was said about the difficulty of scaling the technology, which could prevent Bitcoin from receiving so many users. But today we have several updates coming and second layers being built that aim to solve this problem.Now that it has already passed the $ 1 trillion mark, do you think Bitcoin could become the main reserve currency of value in the world? What would be the consequences of that? Leave your opinion in the comments below.

Sat Feb 20 , 2021
As Ripple prepares for the legal battle against the United States Securities and Exchange Commission (SEC), attorney Mary Jo White, a former SEC chairman, appears to have chosen her side. In an interview with Fortune magazine, White, who served as the 31st president of the SEC from 2013 to 2017, […] 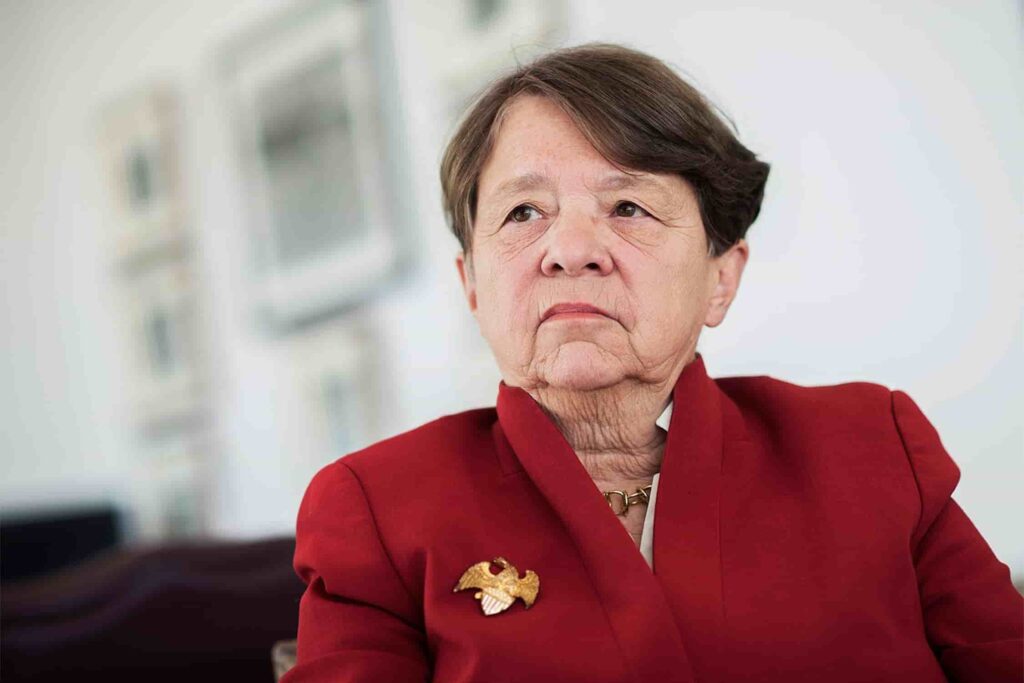