El Salvador flag on laptop screen isolated on white. 3D illustration render.In 2020, El Salvador received almost $6 billion in international remittances, which represented about 23% of its gross domestic product (GDP), a more than representative number. Now, thanks to the adoption of Bitcoin in the country, the president Nayib Bukele estimates that financial service providers such as Western Union and MoneyGram will no longer earn $400 million a year in fees for these remittances. of the Salvadoran population receives remittance payments.

What problem does bitcoin help solve?

In addition to the high fees involved (around 12.5% ​​for a $100 transfer), remittances usually take a few days to complete. Around 2.5 million Salvadorans send money on a regular basis to friends and family who still live in El Salvador. Last year, they transferred a total of nearly $6 billion, and a good part of that went to intermediaries who facilitate these international transfers. “Remittances are an area where the status quo in our legacy financial system is dire, with extraordinarily high fees charged to populations that cannot afford them,” said Matt Hougan, director of investments at Bitwise Asset Management. your total income. Therefore, directing money from abroad to El Salvador is critical to the survival of most of the country. As part of the implementation, the government launched its own national virtual wallet – called “Chivo”, or Salvadoran slang for “legal” – which offers free transactions and allows fast international payments. “It won't be overnight; 100% of shipments will not be moved to the Chivo app tomorrow. These things take time and people naturally worry about trying new things with money. But current levels of fees charged for remittances will prove unsustainable ​​,” said Hougan.

One of the advantages offered to encourage use by the population was to offer US$30 in “free” bitcoin to each Salvadoran within the country who signs up for the Chivo wallet. That's no small feat in a country where the monthly minimum wage is $365. With a Chivo wallet, which is reserved for Salvadorans living in the country or abroad, the transaction would be free. Once the citizen received the funds, he could go to any of the 200 new Chivo ATMs the government has launched and withdraw US dollars from his virtual wallet. “Wherever you are now, you can send bitcoin to anyone with a Chivo wallet in El Salvador and, in minutes, they have the value and can go to one of the ATMs and withdraw cash without charge. That's impressive. It's an incredible humanitarian improvement,” said Alex Gladstein, director of strategy at the Human Rights Foundation. part of the banking system, but it also helps them test the system. On the other hand, Gladstein, who recently spent time in El Salvador, points out that the Chivo wallet is no different from a bank, which means that the government has the authority to freeze the value. That's why he firmly believes that Salvadorans will take control of their financial destinies, transferring their bitcoin from Chivo to a personal wallet, where they can exercise more control over the funds. “The whole concept behind bitcoin is decentralization – the the fact that individuals can take control of their financial health and their money.” Read more: Buy Bitcoin at Coinext
Buy Bitcoin and other cryptocurrencies at the safest broker in Brazil. Sign up and see how simple it is, go to: https://coinext.com.br

V rages when AF privatization rolls on: Irresponsible - on the verge of bizarre

Fri Sep 10 , 2021
Published: April 23, 2022, 11:40 Updated: May 3, 2022, 15:27Returpack has chosen the payment company Payers platform to bring the deposit system into a new and digital era. The new digital payment solution is now starting to be rolled out on Returpack's own large deposit machines, Pantamera Express, throughout the […] 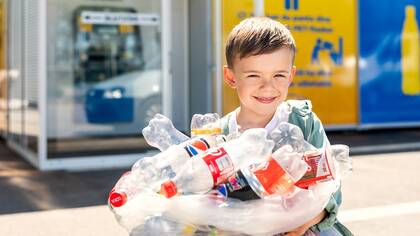