The Bitcoin Market is one of the best known cryptocurrency brokers among Brazilians and is currently among the 3 largest in volume in Brazil.

Interestingly, it is even more traditional than it sounds, as the company's official communication says it has been operating since 2013, while the Bitcoin Market has been in existence since 2011.

In a tweet published on Wednesday (10), which refers to the news that Binance had registered in Brazil with “false data” , the Bitcoin Market says it has 8 years of history:

However, the statement erases the first years of the history of Brazilian exchange.

Although the Bitcoin Market was formalized as a company in São Paulo in 2013, the site was created in 2011 by Leandro Marciano César , who even received a congratulatory response on BitcoinTalk from Roger Ver, one of the best-known figures in the crypto market.

The creation date is confirmed by a September 2017 Bitcoin Marketplace post which, although recently deleted, is readable by WayBack Machine.

The story of the creator of the Bitcoin Marketplace site is obscure, but some excerpts can be read in threads on the world's first Bitcoin forum, BitcoinTalk. If anyone looks at the list of topics he started , he will know the story of one of the first supposed financial pyramids created with BTC in Brazil.

Featured in a thread on Oct 3, 2011, Bitcoin Rain emerged, an “investment group” started by Leandro César that promised 9% up to 12% return per month.

The idea, similar to the one disclosed later by schemes such as Atlas Quantum, was to take advantage of the price variation between different global exchanges to accumulate profit. The strategy is known as arbitrage.

César said he had two goals with Bitcoin Rain, “to generate profits for investors above the industry standard” and “to publicize bitcoin as a safe and reliable investment.”

However, in July 2012 the scheme received a stop order by the Brazilian Securities Commission (CVM) and Leandro Marciano César was prevented from offering any “investment in investment funds or any other security”.

However, it is estimated that Leandro, taking advantage of his good reputation in the Brazilian market, has collected more than 15,000 bitcoins. Until March 29, 2013, Leandro revealed an allegedly successful hacker attack on the Bitcoin Marketplace, the beginning of the end of Bitcoin Rain.

It is worth noting that, although Leandro was at that time the only person responsible for the exchange and the investment fund, MB and Bitcoin Rain were two separate companies and operated with different BTC portfolios.

Even so, Bitcoin Rain users were affected and no longer received their payments. Today, a lawsuit involving more than 2,000 bitcoins has Leandro César and the Bitcoin Market as defendants. During the process, an expert suggested that there was no evidence that the broker had been involved in managing the possible ponzi scheme .

In the last update to the original post of the thread “Bitcoin Market Problem” on BitcoinTalk, Leandro was no longer alone in managing the Brazilian brokerage, which gained three more partners.

The company was finally incorporated on May 28, 2013, with Rodrigo Batista, Gustavo Chamati and Maurício Chamati. Leandro left the company permanently at the end of 2013. After 2019, the Bitcoin Market received another CEO, Reinaldo Rabelo.

In order to understand about the change in the Bitcoin Market's communication in relation to the company's creation date, we contacted the press office, but we didn't have any feedback on the matter until the story was closed.

South Korean game developer NCSoft's shareholders saw its share price soar by 30% this Thursday after the company announced its plans to release blockchain-based games with non-fungible tokens (NFTs) and cryptocurrency rewards . According to The Block, who broke the news was the CFO of […] 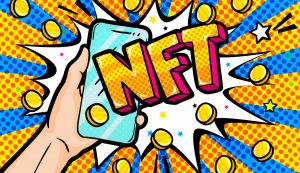