The traditional financial system is not fair to most people, which is why Bitcoin can represent…

The traditional financial system is not fair to most people, and therefore Bitcoin can pose a systemic risk to the economies of less free countries, suggested the head of technology at Bitfinex and Tether, Paolo Ardoino, in an interview with Cointimes.

The financial system is inefficient

In telling his story, Paolo revealed that before joining the Bitfinex exchange in 2014, he had his own startup from the traditional financial world. That's why the programmer knows the main flaws and disadvantages of the traditional system.

“My job was super boring because the traditional financial world, in the technological aspect, is extremely slow, outdated and old. So all the tasks are repetitive, and you had to deal with banks and their infrastructure, I wouldn't recommend it to anyone.”

So he fell in love with Bitcoin because the blockchain has the beauty of consistency. "Everyone who is participating in the blockchain running a node can see the same data that others are seeing." Meanwhile, the traditional financial system is a “data mess”, where everyone stores information in their own way.

But inefficiency is not the main problem of the current system, it is the lack of justice.

The financial system is manipulated

At the end of 2013, Paolo said he was already driven by something a little deeper, the social aspects of Bitcoin. The Bitcoin network has a fundamental characteristic for freedom, the lack of a central body allowing or barring the entry of individuals, that is, there is no need for third-party permission to participate.

Paolo Ardoino is from Genoa, an Italian city that created the world's first modern bank in 1406. Called Monte dei Paschi, this bank was the first institution to carry out the activity of lending money. But for Paolo, for centuries financial activity was elitist, and Bitcoin in 2009 was the first realistic expression of financial freedom.

“I believe that 'in addition to making some money, there's a lot more behind the scenes, there's a message, a new opportunity, a philosophy [behind Bitcoin],” said Ardoino.

And while enthusiasts admire the freedom Bitcoin can bring, some politicians fear it just as much. The government usually doesn't want to lose the control it has over the financial system.

Classic examples of how traditional finances are manipulated is the case of the confiscation of savings in Brazil in the Plano Collor and Executive Order 6102 in the US, when they confiscated the population's gold. With Bitcoin, that wouldn't be possible.

Another demonstration of manipulation came just before the creation of Bitcoin, when the government saved financial institutions from failing after discovering that massive fraud was inflating the housing market and the bubble burst in 2008/09.

Today, politicians speak openly that Bitcoin could destroy an economy or destabilize nations .

For Paolo, the reason Bitcoin can destroy an economy is because that economy is flawed. “If an economy is solid, it shouldn't fear Bitcoin. BTC would be just another way to transact money.”, he said.

In Italy, he said, there are talks about taking part of the population's money to pay the debts that have been accumulated by the government over the years. If everyone used bitcoin, this simply wouldn't be possible .

Bitcoin and cryptocurrencies have some sort of ban in 51 countries; see list

A total of 51 countries around the world have enforced a ban on the cryptocurrency industry, according to a report published by the Global Directory of Legal Research (or GLRD) of the Law Library of the US Congress. The report was originally published in 2018, but has been updated with new findings. […]

Bitcoin post and cryptocurrencies have some sort of ban in 51 countries; see list first appeared in Bitcoin Portal . 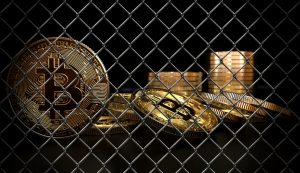