“Our chart shows a key indicator for the Bitcoin-to-Dow price relationship to extend beyond 1 to 1: volatility in the cryptocurrency appears to be in the first few days of recovery after falling below par with the index.”

The analyst believes that the fixed supply of Bitcoin and the gradual maturation of the asset will be the main factors behind its decreasing volatility. In the next halved reward, due in 2024, the volatility of the largest cryptocurrency may equal that of gold:

"It would be naive not to expect obstacles in the way with the new technology, but unless human advancement, electrification and digitization recede, Bitcoin is about to become a valuable substitute for gold in investment portfolios."

Bitcoin-to-Dow in yellow and bitcoin volatility in white. Source: Bloomberg and U.Today.
As reported by Cointimes, analyst McGlone predicted that Bitcoin could reach a market value of $ 1 trillion by 2022. The price of each currency could reach $ 55,000, if that is the case.

McGlone attributes the rise of bitcoin to $ 40,000 to "a rising tide" of institutional investors adopting the cryptocurrency.
He now sees $ 20,000 as the "extreme handicap" level that would only be revisited in the event of a black swan event similar to the collapse of global markets in March 2020.
Overall, the analyst is convinced that Bitcoin is currently in a consolidating bull market and the $ 50,000 quote is a possibility.

Speaking of Ethereum, McGlone believes that the second largest cryptocurrency has found solid support above the $ 1,000 level.
Earlier today, ether soared above $ 1,600 for the first time after another explosive move.
See also: Visa will allow banks to integrate cryptocurrencies to their customers

Visa will allow banks to integrate cryptocurrencies to their customers

Thu Feb 4 , 2021
Visa is testing an API that will allow banks to offer bitcoin services to their customers, the payment giant announced on Wednesday. Visa Crypto's pilot API program will allow customers to “easily connect to the infrastructure provided by Visa's partner, Anchorage, a digital asset bank, to allow its customers to […] 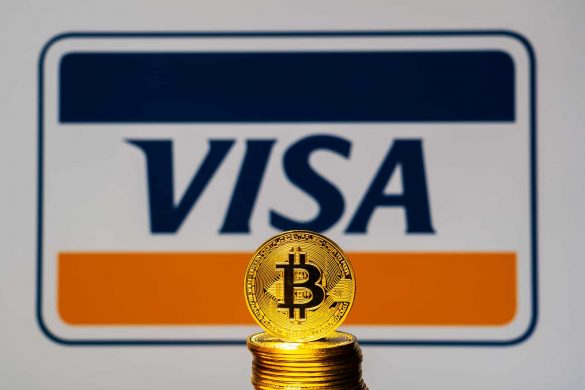