Bitcoin has just gone through its worst drop since March 2020, when the covid crisis hit traditional exchanges and the cryptocurrency market. But while some investors are desperate for the bearish, others are seeing it as an opportunity. At the time of writing, bitcoin is trading at approximately $ 40,000, about 26% higher than today's lowest point, when it came to $ 31,660.Bitcoin daily price (BTC). Source: Coinmarketcap. In addition to China reaffirming its old restrictions on Bitcoin, Tesla is believed to suspend payments in bitcoin citing environmental problems was also a reason for bitcoin to fall. Tesla CEO Elon Musk was not content with the comments exaggerating the energy consumption of bitcoin mining, but also stated that the cryptocurrency was "highly centralized" citing the 35% drop in the hashrate when there was an incident in Xinjiang.

But despite everything, Elon Musk made it clear that Tesla was not selling in this fall in BTC and tweeted that the company had “diamond hands”, which is the opposite of “lettuce hands”, a common meme for people who sell their assets out of fear.

While Glassnode's onchain analysis shows that the portfolios that are losing the most bitcoins are those of new investors, millionaires are taking advantage of the decline. stated on Wednesday afternoon (19) he was buying $ 152 million in bitcoin for an average price of $ 36,868. Sun is not a newbie in this market, he is CEO of BitTorrent and Tron, as well as being a former bitcoin investor. It is a significant purchase for an individual, considering that publicly traded companies are allocating much less in crypto with their reserves. of treasure. Just 4 days ago, The Brooker Group became the first in Thailand to invest in bitcoin by transferring $ 6.6 million to the cryptocurrency.Michael Saylor, the billionaire bitcoiner who is about to launch his Bitcoin podcast is also increasingly optimistic about cryptography. In addition to his company, MicroStrategy, making two millionaire purchases in just one week, he tweeted that other entities it controls are also buying more. “The entities I control have already acquired 111,000 #BTC and have not sold a single satoshi. #Bitcoin Forever. ”, He said on the social network. Considering that MicroStrategy holds 92,079 bitcoins, that means that Saylor still bought 18,921 BTC worth $ 734 million outside the scope of his publicly traded company. And selling is out of the question.See also: “Bitcoin will reach $ 500,000,” says Ark Invest CEO Cathie Wood

Thu May 20 , 2021
Bitpreço, in partnership with Cointimes and the Criptomaniacos channel, has just launched the “Bitcoin Pizza Day” campaign to celebrate the first purchase of a product using bitcoin in history. On 05/22/2010 the first documented purchase using bitcoin was made and what was the item purchased? Two pizzas for 10 thousand […] 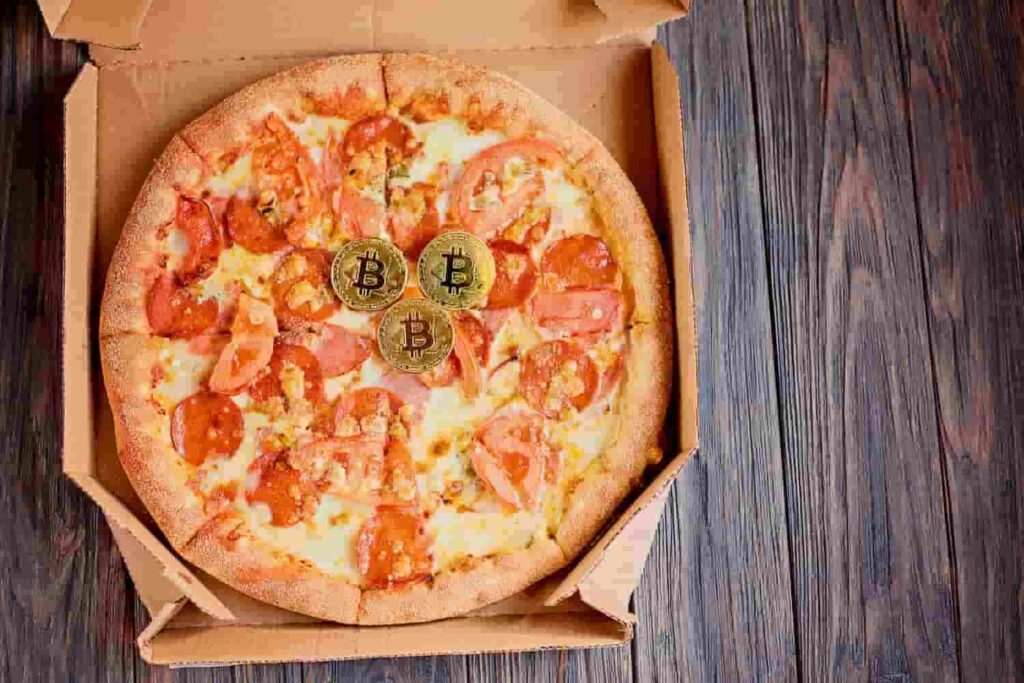