The first products purchased with bitcoin were two pizzas on 5/22/10 for 10,000 bitcoins. Since then, the cryptocurrency community celebrates the date by making several promotions with the favorite meal of millions. It will not differ in 2022, Brazilian companies like Novadax, Foxbit and Bitpreço are already launching their campaigns in Brazil. In the United States, mega-investor Anthony Pompliano created the “Bitcoin Pizza” initiative, in which 100% of the profits will go to the Humans Rigths Foundation fund that encourages the development of Bitcoin. This year, 10 cities in the USA will participate in the promotion including Los Angeles, Austin, New York, Miame and San Francisco. The pizzas are named after bitcoin memes, such as “Laser Eyes”, “Satoshi's Favorite” and “It's not your key, it's not your cheese”. The pizzas will be delivered in customized boxes.

Despite the great idea, bitcoiners noted that the campaign website does not accept bitcoin, only credit card and Google Pay. "Where's the fun when you can't pay in bitcoin?" Commented a user on Twitter.

Much more than paying for a pizza

Bitcoin payments were probably not adopted due to high transaction fees, in addition to the likely delay in confirming payments on a blockchain that is increasingly congested. Bitcoin can theoretically process just over 7 transactions per second, in comparison, Visa can manage more than 24,000.In 2017, part of the community decided to fork the BTC to increase the size of the blocks and allow more transactions, being born Bitcoin Cash. Supported by Bitcoin pioneers like Daniel Fraga, Roger Ver and others, the cryptocurrency gained its own ticker (BCH), but was not well received by brokers and a good part of the community. The BCH is able to process more than 100 transactions per second, between February and the end of April, the BCH had more transactions than the BTC:BTC x Bitcoin Cash Transactions – BitcoinInfocharts Despite the advantages of processing more transactions, BTC supporters believe that the scalability solution of Bitcoin Cash sacrifices the decentralization of the system. Furthermore, the narrative of much of the Bitcoin community is that it is digital gold and not a means of payment. The Bitcoin (BTC) developers themselves do not encourage the use of cryptocurrency as a means of payment and prefer that bitcoiners use a credit card. “Pay with your credit card… When your credit card bill arrives, then sell the amount enough bitcoin to pay for it ” Jimmy Song, Bitcoin developer.

Wed May 19 , 2021
Amid a trillion-dollar cryptocurrency drop, the founder of investment manager Ark Invest, Cathie Wood, reaffirmed her target of half a million dollars for bitcoin. interview this Wednesday (19) for Bloomberg Business, Cathie said that bitcoin is "in the capitulation phase", which would represent an excellent time to buy. After reviewing […] 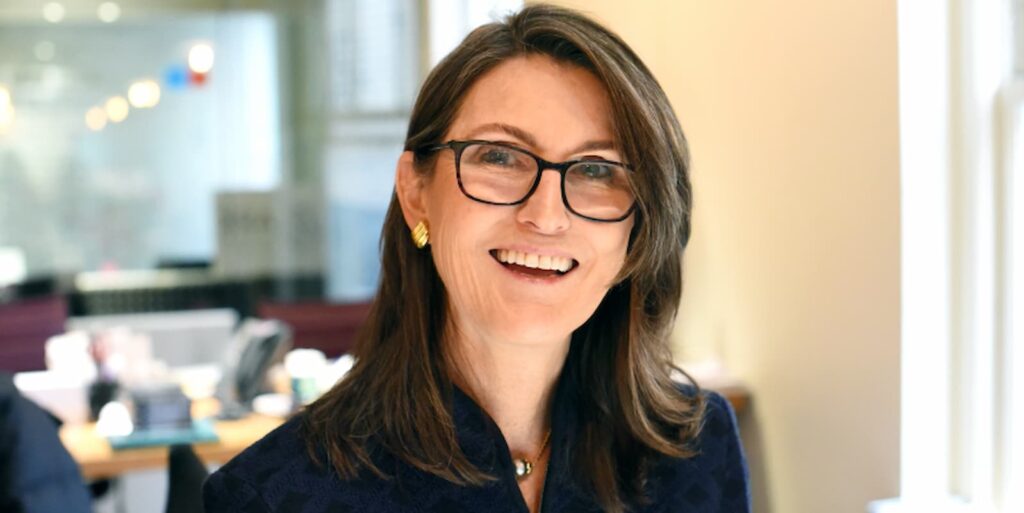