This Monday (18th), block 666,666 was mined in the Bitcoin blockchain, and it was printed a biblical passage that talks about overcoming "evil".
In this case, as the block explorer Mempool Space shows, the message was not left by a miner, but by an ordinary user. It moved 0.01 BTC and distributed it to 2 addresses, one that starts with 1GoD… (God) and the other with 1BibLE… (Bible).
In OP_RETURN script, where the bitcoiner can write any information, he left the Bible verse from Romans 12:21:

"Do not let yourself be overcome by evil, but overcome evil with good."

Obviously, the transaction coming out on block 666,666 was not a coincidence, the user paid the extremely high fee of 135,800 satoshis (the equivalent of 50 dollars or approximately 260 reais) to ensure that it was confirmed at that time on the blockchain. Six hundred and sixty-six is ​​defined as "the number of the beast" by Revelation 13:18.
Since users pay fees in satoshis per byte, including the message in the transaction made it even more expensive. And since Bitcoin is pseudo anonymous, that is, addresses are not linked to a name, we don't know who did it or what their intentions are.

How are messages left in Bitcoin blocks?

There is a part in each transaction called an OP_RETURN script that allows up to 80 bytes of arbitrary information along with the sending of bitcoins. Only software with more advanced options allows this type of function, such as the Bitcoin Core wallet.
But that's not the only way to forever print a message on the blockchain, the most common way is by miners.
Anyone who is already familiar with how the blockchain works knows that for each block found the responsible miner wins a reward in bitcoin. This creation of coins "out of nothing" has an interesting feature.
Usually a bitcoin transaction is made up of an input (where the coins come from) and an output (where the coins go to). The input is usually originated by unspent bitcoin (UTXO) outputs. But as in the case of the block reward this transaction does not come from anywhere, the miner can write any arbitrary information in that entry, which is called a coinbase.
This is exactly where miners usually identify themselves (“miner X found this block”) or express support for some specific update (“I am mining and I signal support for Taproot / Schnorr”). The coin base of the Bitcoin genesis block contains the famous headline from The Times left by Satoshi Nakamoto:

The message may have served as proof that the bloc's date was reliable, after all Satoshi wouldn't have known it would be the cover story for The Times before January 3, 2009. You know those photos where people are holding newspapers for prove that the photo is not old?
In the meantime, however, many believe that the phrase chosen by the creator of Bitcoin served mainly to show his outrage at the current financial system, with its injustices wide open in the newspapers. The main reason for the creation of its decentralized currency. A silent and peaceful protest.
See also: Rock band Slayer accepts Monero cryptocurrency

Tue Jan 19 , 2021
Disregarding lockdown measures, a New Jersey academy suffered severe consequences from the American government, including an allegedly unconstitutional confiscation. Ian Smith is the owner of The Atilis Gym Bellmawr, a gym that chose to disobey orders to keep its doors closed. He recorded a video that went viral on social […] 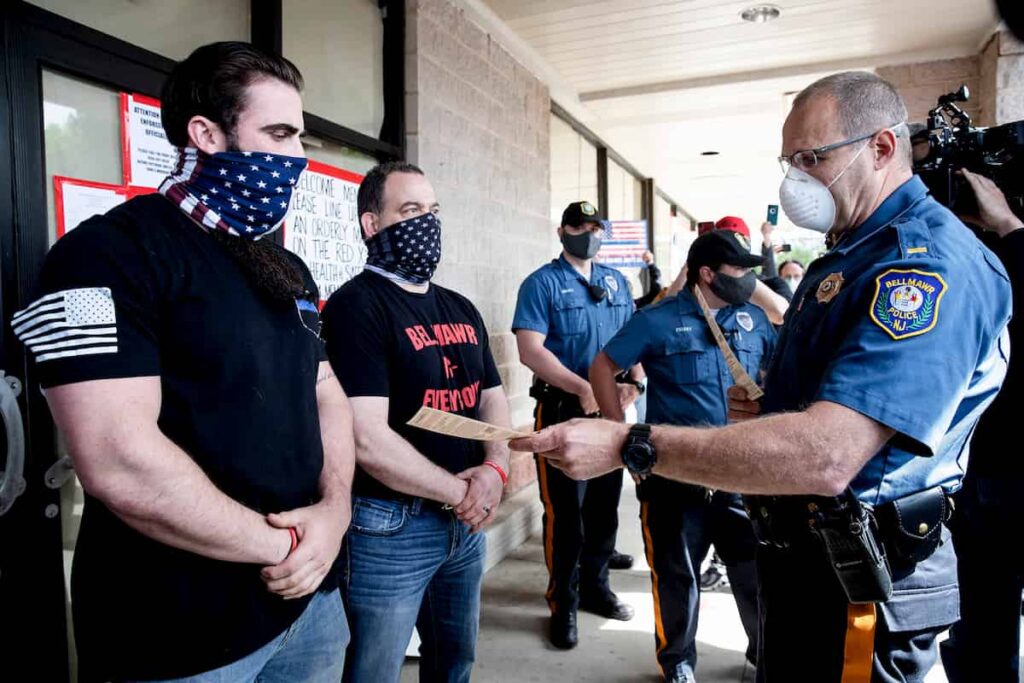