This Thursday (09) Bitcoin (BTC) continues to struggle to stay close to the level of US$ 50,000 – R$ 275,500 in Brazilian brokers. After a decision by the Copom that raised the Selic rate, the yield of the financial product best known by Brazilians changed; Look.

Also check out in this Market Summary the achievement of tenth place in the CoinGoLive cryptocurrency ranking by altcoin Terra (LUNA), RM's highlight last week.

Since the massive price drop that took place over the weekend, bitcoin has failed to deliver any significant gains or to decisively surpass the coveted level of $50,000.

It looked like the asset could get past that level two days ago, when it traded well above that line and hit $52,000. However, the bears did not allow for any further increases.

Instead, they pushed the cryptocurrency south and dropped it to less than $49,000 yesterday .

According to Ecoinnometrics' analysis: “Whales and small fish are moving in the same direction. In principle, this is good for bitcoin. But we will need more than one red dot to confirm that this is a turning point for the asset.”

Once again, however, bitcoin failed to stay above the mentioned level, as of now, it trades at $49,4280. Its market capitalization has dropped below $950 billion, and its dominance over altcoins is at 37.8%.

Selic goes to 9.25 and savings yield less than before

Despite signs of economic slowdown, the Monetary Policy Committee (Copom) of the Central Bank (BC) decided to continue with its monetary tightening strategy to consolidate the low inflation process and return to coordinating market expectations.

Within an already expected script, the collegiate rose yesterday by 1.5 percentage points, from 7.75% to 9.25% per year, the basic interest rates of the economy and ordered another increase of the same magnitude for February. A fact that goes against the analysts' calls for the BC to adopt a less strong pace.

Even with the accumulated increase of 7.75 percentage points in the Selic rate since March, the increase in inflation is still worrying. The rise in interest rates also changes the rules on savings and Caderneta will be even more distant from inflation.

Currently, the correction of Savings amounts is equivalent to 70% of the Selic interest rate plus the reference rate (TR), which is an indicator of the financial market. TR is currently zeroed. In practice, with the base interest at 9.25% per year, the profitability of the Caderneta is 6.475% per year. But the yield will be 0.5% per month plus this reference rate, which is equivalent to 6.17% per year. That is, the correction percentage will be smaller.

Interest is at 7.75% per annum. The Caderneta yields 5.425% per year at this level (Bitcoin yielded almost 170% in one year, according to CoinGoLive). The president of the Central Bank, Roberto Campos Neto, has already said that the monetary authority is studying changes for savings, but he did not give details.

Similar to bitcoin, most altcoins have struggled in recent days. In the last 24 hours they even made some gains. Ethereum (ETH), for example, had backed off from the $4,600 level during Saturday's crash, but quickly rebounded and rebounded to $4,000. On a daily scale, however, the ETH rises only 0.85% to just over $4,300.

The Earth, on the other hand, grew nearly 10% in one day. As a result, the LUNA token now trades at $71.98 and is just inches away from recording yet another price record, which now stands at $77.73, according to CoinGolive.

In addition, the asset is now among the top ten cryptocurrencies by market value.

According to CoinGoLive, the market capitalization of all crypto assets remains at around $2.46 trillion on Thursday.

This Friday (10) the cryptocurrency market is not out of harm's way, strolling along the wild side, bitcoin (BTC), ethereum (ETH)... 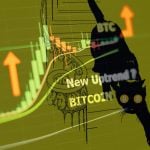