The bitcoin balance on the main cryptocurrency exchanges in the world has just reached the lowest level in three years: there are 2,400,500 BTC available for purchase at the moment. Glassnode's data was shared on Twitter by analyst Dylan LeClair, who noted that such a low amount of bitcoin at brokerages has not been seen since […]

The bitcoin balance on the main cryptocurrency exchanges in the world has just reached the lowest level in three years: there are 2,400,500 BTC available for purchase at the moment.

Glassnode's data was shared on Twitter by analyst Dylan LeClair , who noted that such a low amount of bitcoin at brokerages had not been seen since August 2018.

“Increased demand. Fixed supply. What do you think happens next?” asked the analyst. “See the distinct trend change in March 2020? I don't think it's a coincidence. The world changed".

As LeClair pointed out, the peak of bitcoin on exchanges happened during the financial market crash at the beginning of the pandemic, but since then the cryptocurrency balance on the buy and sell platforms has been declining, signaling that less bitcoin is available for purchase.

Kraken's wallets, currently the fifth largest exchange in the world by volume, are the ones that register the largest bitcoin withdrawals — in the last seven days alone, they were -36,754.07 BTC.

The exchanges' move takes place in parallel with the rise in the price of bitcoin, which last week renewed its historic high to $66,930 . The new record came with the market turmoil caused by the launch of bitcoin futures ETFs in the US .

According to Glassnode's weekly report released on Monday (25), new bitcoin products made the number of open interest on the Chicago Stock Exchange (CME) increase by US$3.9 billion in October, a monthly growth of 265% . The new push culminated in a new all-time record of $5.4 billion in bitcoin futures on CME.

All the price movement made part of the long-term holders seize the moment to take profits. Glassnode analysts have indicated that this group's supply has decreased by about 39,500 BTC over the past two weeks.

However, the fall in the stock of exchanges demonstrates that on the other side of the counter, there are people willing to buy the cryptocurrencies that return to the market.

“When we look at this in context, a period of incredible accumulation and HODLing ensues, where the amount of assets held by long-term holders has increased by 2.42M BTC from the lows in March,” says the report.

“The current offer from these holders is 680,000 BTC higher than last year and, even after weeks of spending, it's starting to get back on the bright side. This observation suggests that perhaps distribution has so far been more of an 'event' than a trend,” the study concludes.

Earth prepares to burn more than 9% of LUNA's total supply 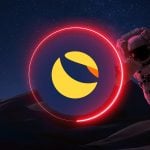