The biggest bitcoin conference ever held is taking place in Miami this Friday (4th) and Saturday (5th). The event is attended by the most notable figures from the world crypto scene such as MicroStrategy CEO Michael Saylor.Bitcoin 2022, the biggest Bitcoin event in history is taking place this Friday (04) and Saturday (5th). Organized by Bitcoin Magazine, the event is attended by some of the most influential and notable figures from the crypto scene in the world. Names such as Michael Saylor (CEO of MicroStrategy), Mike Novogratz (CEO of Galaxy Digital) and Jack Dorsey (CEO of Square) are attending the conference. Initially the event was scheduled to take place in Los Angeles, however, at the request of the mayor of Miami, Francis Suarez, it was relocated to take place in Miami. Suarez carries with him the mission of making Miami the “world capital of Bitcoin” and was present at the opening of the event, which has a crowd of at least 12,000 people. The event celebrates and discusses the existence of bitcoin and its development for the coming years , addressing the most diverse aspects on different stages for the public. The entire broadcast of the event is being carried out by the Bitcoin Magazine on your Twitter,

Sustainable development with Jack DorseyWhen asked about the energy issue and its environmental obstacles with Bitcoin mining, the current CEO of Square, Jack Dorsey, spoke about his position in relation to the sustainable development of the mining network. For Jack, it is a logical question that the mining industry will always develop on top of sustainable matrices and the future points to that. The mission of a mining company is simple, to maximize its profit seeking a lower operating cost. Traditionally, in the energy industry, renewable matrices provide a lower cost, and this should continue with the ESG thesis taking strength and sanctions being applied to polluting matrices. So this should only materialize the current scenario in the future, renewable sources gaining more and more strength and the mining industry becoming sustainable.HASH decentralization In the session with Matt Roszak, Emiliano Grodzki, Amanda Fabiano and Kevin Zhang, the issue of the current state of the Bitcoin mining industry and what the future might bring was discussed. With the exponential growth of Bitcoin's popularity brought about by the soaring price, mining has also undergone different transformations and this is evidenced by the decentralization of the network and the flight from China. Russell Cann, from Core Scientific, detailed that the goal of the miners must be in conjunction with the global distribution of the hash rate, "We don't want mining to be entirely done in China".THE NEW ETF’S At the Whale Day session, Annemarie Tierney, Ryan Praise, Matt Hougan, Steve McClurg, and Rep. Warren Davidson discussed the gigantic amount of proposed ETF’s that have emerged on the market. In fact, institutional adoption is increasing, and a bitcoin ETF would only open the door to more investment in the industry. “If all the world's governments are printing fiduciaries and there's a limited supply standard, that's important for portfolios and company balance sheets. Having investment products that allow easy access to this is critical and ETF's provide that”. – Steve McClurgIncreasing institutional adoption depends on regulation, but you can anticipate more to come as, according to Rep. Warren Davidson, “I have a partner in the Senate, Senator Cynthia Lummis now.” Text originally published in BlockTrends. To stay up to date, follow the QR Capital on Instagram and on Twitter.
Click to rate this post!
[Total: 0 Average: 0]
Next Post

Mon Jun 7 , 2021
In December 2020 the company had announced that $400 million of senior convertible bonds had been transformed into BTC. Now the company will take the opportunity to buy bitcoins again with a similar strategy. It will also collect $400 million in bonds. “Senior secured notes” will be offered – which […] 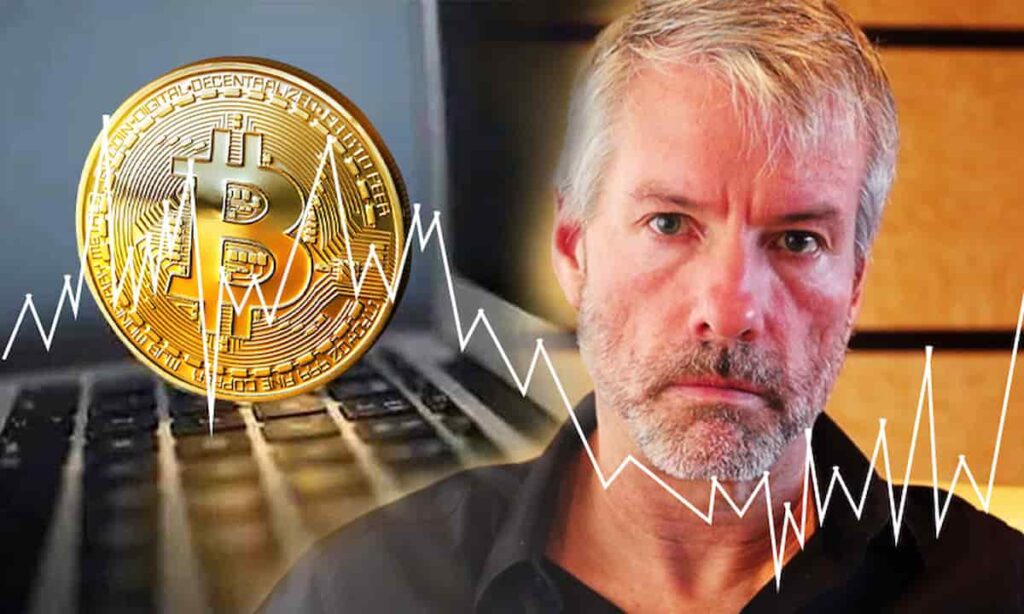