The Bank for International Settlements (BIS), an organization that promotes international monetary and financial cooperation and acts as a bank for central banks, has given clear signs of the relevance that institutional investors and banks are acquiring in the cryptocurrency ecosystem and, Along with this, it has recently proposed that financial institutions hold up to 1% of their reserves in bitcoin and other cryptocurrencies.

Through two reports, one titled Banking in the Shadow of Bitcoin? The institutional adoption of crypto assets, the entity addresses the role that banks could assume in the cryptocurrency sector together with the growing interest of institutional investors to operate in it. The other, a consultative document published at the end of June, by the Basel Committee on Banking Supervision, states that financial institutions must comply with a limit on the amount of Bitcoin they possess, setting it at 1%.

According to figures from the entity, only a smaller number of banks, with international activity, reported that they had exposure to cryptocurrencies, with an average exposure that reached less than 0.02% of their risk-weighted assets (RWA) and with no bank reporting exposures greater than 0.05% of RWAs.

“With this measure, the BIS takes an important turn, because until recently banks had an average of 0.02% in this type of reserves, together with this, the report indicates that the Basel Committee would be open to evaluating a new approach and that the 1% limit would be reviewed periodically. All clear signs, from the entity, in the sense of giving banks greater possibilities so that they are not left out of a market in full growth, such as that of cryptocurrencies”, said Jazmín Jorquera, Operations Manager of Buda.com

Thus, the entity details that the first steps of the actions of these entities in the world of cryptocurrencies could arise from a multitude of direct and indirect interrelationships. These include activities such as direct issuance and ownership of cryptocurrencies, brokerage services for clients, clearing of contracts that reference crypto assets, or services for cryptocurrency issuers, the report notes.

The BIS, through its reports, also comments that the development experienced by the cryptoactive industry, the emergence of Bitcoin Exchange Traded Funds (ETFs) and derivatives, the constant development of financial innovations related to cryptocurrencies and their infrastructure – with significant advances in means of payment, commerce and other areas of financial intermediation – would be generating a suitable context for institutional investors to consider an increasingly relevant role. in the cryptocurrency ecosystem.

And among the objectives of this type of investors, to operate in cryptocurrencies, the document identifies three as the main ones: 1) Profitability: The search for profitability in an environment of low yields of traditional assets. 2) Diversification: Portfolio diversification strategy with alternatives other than the traditional ones. 3) Inflation: Search for an alternative value shelter that could include hedging considerations against inflation scenarios.

The Era Of Cryptocurrency Organizations: How Has Crypto Elevated Businesses?

Fri Jul 15 , 2022
The past decades have turned out to be a dramatic change for the cryptocurrency market, especially when it comes to the development of cryptocurrency organizations.  Although an increasing number of companies have begun accepting Bitcoin as payment for their goods and services, the vast majority of these companies continue to […] 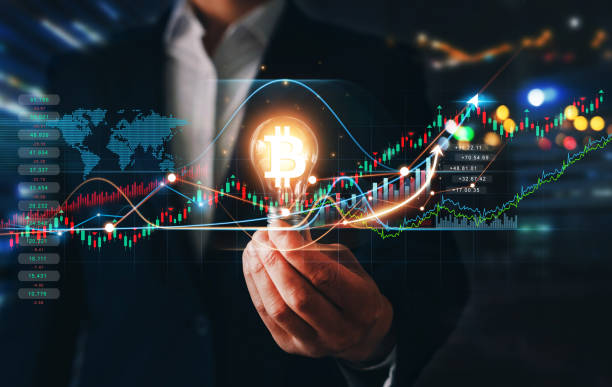