Binance, the cryptocurrency exchange founded by Changpeng Zhao, ad this Monday (13) that will not work with deposits and withdrawals from Litecoin (LTC) that use the MimbleWimble Extension Blocks (MWEB) function.

Going further, the broker explains that said deposits will not be processed, nor will they be refunded since MWEB makes it impossible to know from which address the shipment was made, in order to make the refund. In other words, anyone who uses such a feature will lose all money deposited.

Such an update privacy-focused Litecoin blockchain is proving to be a big problem for the community. After all, regulatory requirements are already putting pressure on other exchanges to ditch LTC for MimbleWimble.

What is Litecoin MimbleWimble?

MimbleWimble Extension Blocks (MWEB) is made up of two technologies. The first is MimbleWimble, already used by smaller coins like Beam (BEAM) and Grin (GRIN). The second, Extension Blocks, was proposed for use on Bitcoin in 2017, however it has not been activated.

Therefore, the main purposes of MWEB are to increase the privacy of transactions, even if they are not 100% private, as well as the scalability of the network.

“In terms of fungibility and privacy, I think MWEB offers 90%. For most people this is good enough. It is the difference between living in a glass house and living in a house with windows. People who need 100% privacy can live in a house with no windows,” said Charlie Lee, creator of Litecoin.

With so many nearly identical coins on the market, Litecoin is taking a different path. Additionally, LTC has always been known to test new features before they are introduced to Bitcoin.

The consequences could be devastating for Litecoin

Although Litecoin has already served as an experiment for other features such as SegWitit is hard to believe that MimbleWimble Extension Blocks (MWEB) will be introduced to Bitcoin in the near future.

The main reason is the regulatory issue. Many countries do not allow exchanges to handle anonymous coin deposits and withdrawals. After all, they believe that these cryptocurrencies could be used for illicit purposes. Therefore, Litecoin can be removed from various exchanges, losing international liquidity.

Therefore, one of the largest exchanges in the market, Binanceannounced that it will be another one that will not work with Litecoin’s MimbleWimble extension blocks.

“Binance will not support Litecoin (LTC) deposits and withdrawals that use the MimbleWimble Extension Blocks (MWEB) feature. Any LTC deposit made to Binance through the MWEB feature will not be received or returned as we are unable to verify the sender address, which will result in direct loss of funds,” Binance said in a statement.

Despite this, the exchange will continue to function normally with deposits and withdrawals not using MWEB. However, it is notable that the feature is affecting the price of LTC, which is already 85% below its all-time high due to the bear market.

Tue Jun 14 , 2022
Another decentralized finance platform in crisis and prospect of lower liquidity. This combination steers investors away from assets seen as risky, as they await more clues from the US central bank on the direction of interest rates in the country. US stock index futures show signs of an opening in […] 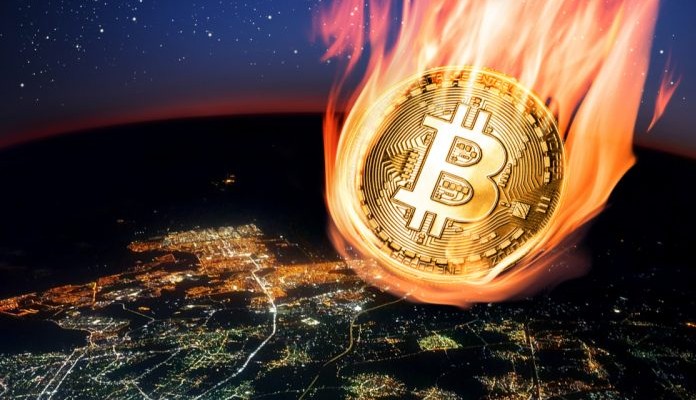