The dispute between the two companies has advanced to the legal sphere in court secrecy now that Binance has sued Capitual for the interruption of withdrawal and deposit services with Brazilian real (BRL).

Withdrawals and deposits in BRL to trade cryptocurrencies

Binance vs Capitual “soap opera” started on the day June 17, 2022, when users started reporting that BRL deposit and withdrawal options were unavailable on the global platform. Until then, we didn’t know what was going on.

Know more: Binance must return withdrawals and deposits in reais with a new payment provider

At the same time as switching intermediaries, Binance sued Capitual, demanding that they make withdrawals and deposits in reais available again for customers, while the exchange was not completed, and in this way, avoid harming users. Judge Caramuru Afonso Francisco, of the 18th Civil Court, had ruled in favor of Binance in the first instance, but the decision was overturned in the second instance by the judge Caio Marcelo Mendes de Oliveira, of the 2nd Chamber of Business Law of the São Paulo Court of Justice. (TJ-SP).

After this first legal dispute in favor of the payment gateway and against the exchange, Binance sued Capitual again, but the details of the current legal process are unknown. This is because, as reported by the Bitcoin Portal, the current process is being carried out in court secrecy – which is a legal maneuver used in very specific cases to keep the details out of the public sphere. The news portal found that the lawsuit was filed on behalf of Bifinity, so searches like “Binance sues Capitual” do not yield results on the current case.

Speculation about the case

Apparently, Binance refuses to comply with the privacy violations demanded by the Central Bank against its users, in relation to the personal data of each of them (KYC – Know Your Customer) and data about the transactions carried out (KYT – Know Your Transactions). The way the platform currently operates is through “mother accounts” that represent several CPFs, without the data of each of these CPFs being shared with the authorities. The Central Bank and Capitual are requiring the exchange to create individual accounts for each of the clients who trade cryptocurrencies on their platform. One per CPF. So that the municipality can monitor all movements and personal information more clearly.

Official position of the Capital

In correspondence with Capitual’s press office, the following was communicated to us:

“The Central Bank sent to the bank Acesso, a partner of Capitual, a notification requesting that exchange users have individualized accounts as of 06/16. In this way, Capitual prepared in 45 days all the technological documentation to be implemented by the partner eschanges. In practice, it means that when the user accessed the Exchange platform, he was asked to take an additional KYC step, with the submission of documentation for the creation of individualized accounts. Once the documentation was sent and approved, transactions could be carried out normally, as in Huobi and Kucoin. Capitual has no information on how the process is going on Binance.”

In correspondence with Binance’s press office, we were told the following:

“Binance reinforces that it operates in full compliance with the Brazilian regulatory scenario and that it is fully committed to compliance and to the development of the blockchain and crypto ecosystem in Brazil and worldwide, which includes regulation.”

“Binance further highlights that Capitual is no longer its payment provider. On June 24, Binance announced that it has signed a contract with a local partner more committed to its values ​​and to Brazilian users. With the move, Binance will offer a better solution for clients while conducting the process of acquiring local brokerage Sim;paul, a company authorized by the Central Bank and the Securities and Exchange Commission (CVM), announced in March.”

Thu Jun 30 , 2022
We all know that access to quality education today is something invaluable and difficult to achieve for many. UNICEF emphasizes that with the recent COVID-19 pandemic, many countries regressed in their education because many teachers, children and adolescents did not have the necessary resources both to teach classes and for […] 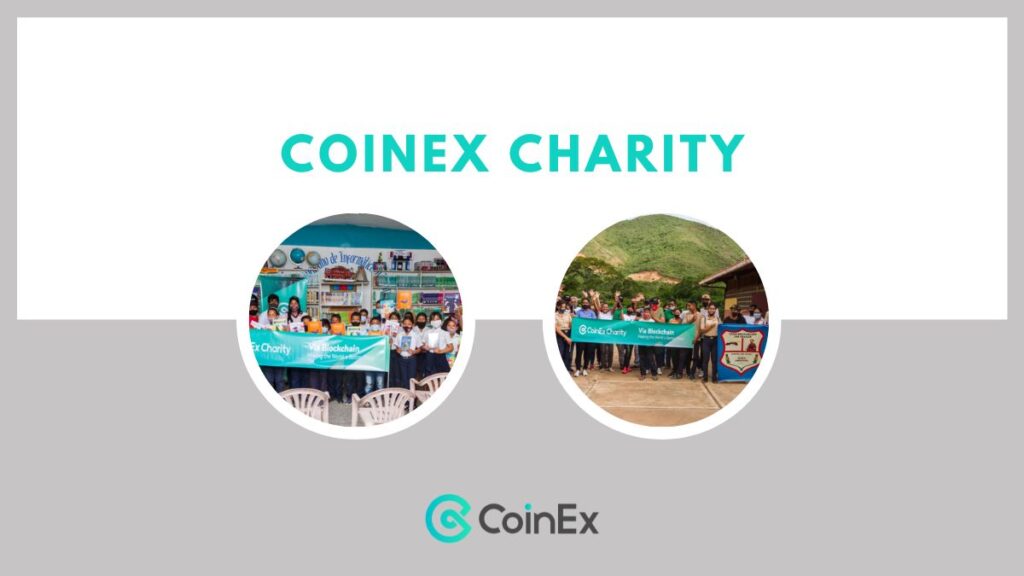