The São Paulo Court of Justice (TJ-SP) suspended a lower court decision that forced Capitual to continue providing services to Binance, under penalty of a fine of BRL 10,000 per day. The process runs in secrecy of Justice, but the decision of the court was published in the Official Gazette on Wednesday (22). In the first instance, Binance obtained from Judge Caramuru Afonso Francisco, from the 18th Civil Court, a decision that forced Capitual to continue providing the services of withdrawals and deposits in reais — interrupted since June 17. In the second instance, judge Caio Marcelo Mendes de Oliveira, of the 2nd Chamber of Business Law of the São Paulo Court of Justice (TJ-SP), accepted an Interlocutory Appeal from the Capitual and suspended the decision, stating only that the requirements are present. legal to order. The case is being processed in the State Court of São Paulo under number 1061302 38.2022.8.26.0100. O Bitcoin Portal sought out both companies to comment on the case, but has not yet received a response from the parties.

BC requirement at the heart of the debate

From what is understood from the public fragments of the process between Binance and Capitual to which the report had access, the exchange asked in court for the service to be maintained. The payment gateway argues that to do so, it needs detailed information about customers — something the exchange apparently isn’t willing to grant. In his decision, Judge Caramuru ordered Capitual to continue “providing a platform to accept and identify deposits, as well as withdraw cash in reais through different methods, performing know-your-customer (KYC) and know-your-transaction (KYT) analysis. for author’s users and real-time reports once transactions are received, keep the technology stack necessary for the platform to work accessible”. As soon as withdrawals and deposits on Binance were stopped, Capitual released a note making it clear that the service was not following a rule by the Central Bank. “Capitual bases its activities on compliance with legislation and requests from regulatory bodies and is committed to measures to combat money laundering and the financing of illicit activities in the cryptocurrency market. In this way, it understands that the requirements of regulatory bodies, such as the Central Bank, are mandatory for its operation and that of its commercial partners”, reads an excerpt from the note.

Some elements in the judicial process draw attention. One is the fact that they are processed in court secrecy: the general rule in Brazil is that court proceedings are public, and secrecy is kept for a few occasions. In general, cases related to Family Law, cases that contain data protected by the constitutional right to privacy and cases that deal with arbitration, including compliance with an arbitration letter, are processed in secrecy of Justice. Another is the fact that the company opened the action as Bifinity, which is its payment method company, and not with the CNPJ that Binanceque registered on February 4th. Thus, anyone looking for “Binance” in the Official Gazettes cannot even find basic information. The formalization of the legal entity appears in the form of the National Register of Legal Entities registered by the broker at the Federal Revenue. The document shows that the company presents itself as domiciled abroad – specifically in Dublin, capital of Ireland. The registration dates from the same time the exchange announced that it was negotiating the purchase of a Brazilian brokerage of traditional investments and awaiting authorization from the Central Bank.

The case shows that in addition to the public sphere, the Binance and Capitual case now also involves a legal dispute. Publicly, Binance says that there was a problem and that it has already found a new partner, Latam Gateway. Capitual says that there is no problem and that it continues to provide services normally to other brokers, such as Huobi. according to Bitcoin Portal found, the frictions began after the Central Bank required Access (Payment Institution regulated by Bacen that bridged the gap between Binance and Capitual) that “individual accounts” be made. This distinction between individual accounts is important: previously, Binance had several ‘parent accounts’ with Capitual and Acesso, where thousands of CPFs operated — but the CPFs of each customer were not registered with the regulated Payment Institution. According to an official linked to the Central Bank who asked not to be named, the procedure is irregular. In practice, if Binance adopted the new rule, all of its millions of customers in Brazil would need to create an account at Acesso and make a new KYC. Exchanges Huobi and Kucoin adapted to the new rule, but Changpeng exchange “CZ” Zhao said it would look for another partner to handle BRL withdrawals and deposits.

On Tuesday (28), a report published by the newspaper Folha de S. Paulo stated that a company whose partner is one of the founders of Capitual would have helped Glaidson Acácio dos Santos – founder of GAS Consultoria and known as the “Pharaoh of Bitcoin” – to sell cryptocurrencies, even after his arrest. According to the report, the cryptocurrency transactions would have been carried out through the lawyer Eliane Medeiros de Lima, who is appointed by the Public Ministry of Rio de Janeiro as the right-hand man of Glaidson Acácio dos Santos and responsible for much of the money laundering of the companies. GAS Consulting. She would have acted as Glaidson’s orange in the asset negotiations. The crypto sales, with the Pharaoh already arrested, would have been made by Eliane with the help of the company Malta Intermediação de Negócios e Consultoria Ltda. It has as partners Rogério Rosendo da Silva and Guilherme Silva Nunes. According to Folha, Guilherme is the founder, partner and director of Capitual.

Wed Jun 29 , 2022
If you’re a newbie in the world of cryptocurrency, it can be hard to choose which app will work best for you. There are several things to consider, though, including the customer service options available and their availability. The Customer support for cryptocurrency apps may be available through chatbots, FAQs, […] 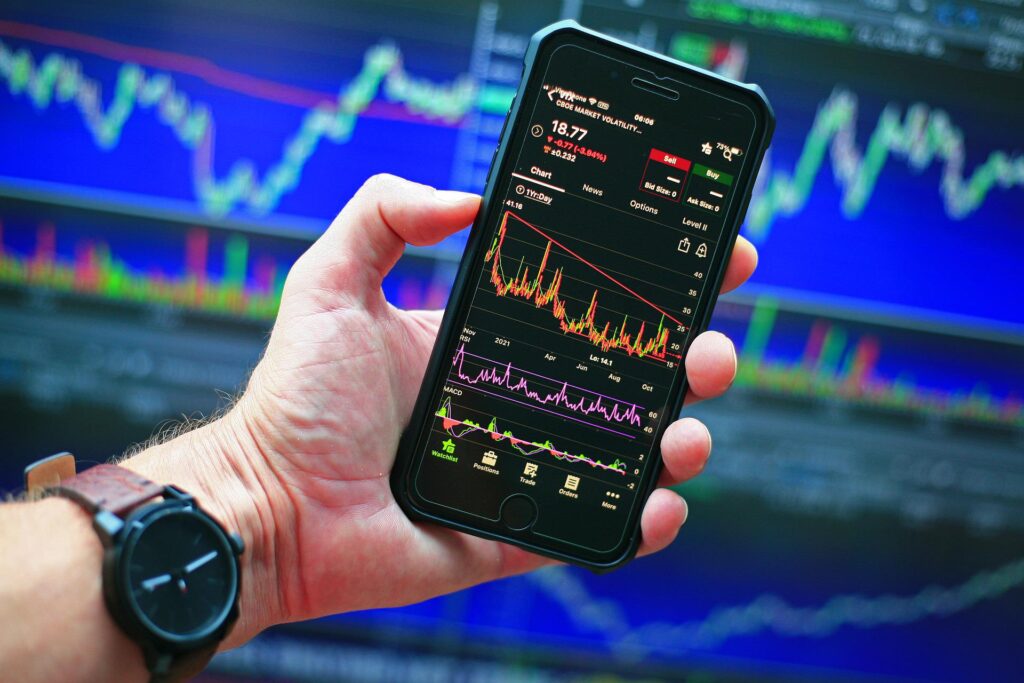