The exchange Binance now makes available in the Brazilian version of its platform a Law Enforcement Request System (LERS) that allows the government and regulators to request information from citizens directly on the exchange. The system was implemented on the website in early June and is for the exclusive use of law enforcement agents. They need to make a formal request to gather evidence against a user involved in some criminal investigation. The guidance page explains that, for agents to request information about exchange clients, they must support the request with official documents relevant to the case and that justify the disclosure of that user's data. Among these documents, the brokerage requires a valid court order or police warrants. When receiving the request, the Binance team reviews each case individually and if everything is in compliance, releases the information. In addition to providing the data, the exchange may also block funds from clients involved in criminal investigations for a period of 90 days. On the page, the exchange emphasizes that it “collects, uses and stores” information from users in accordance with its use and privacy policies, including data provided at the time of account opening and in the KYC steps. Binance also states that before fulfilling the order, it can notify its customer that their personal data is being requested. The system, it is noteworthy, cannot be used by common users or private entities involved in investigations.

Binance, due to its size and for allowing users in the past to maintain a certain level of anonymity when using the platform, ended up becoming the destination of scammers who try to hide the money resulting from criminal activities in cryptocurrencies. Last Sunday, for example, Fantástico revealed that Glaidson Acácio dos Santos, who runs the alleged financial pyramid scheme at GAS Consultoria, hid most of the investors' money in his personal accounts on exchanges. The delegate responsible for the case, Leonardo Borges, told the program that GAS as a company does not even have an account “in the largest exchange in the world” — a possible reference to Binance — but that Glaidson “opened a personal account and made a contribution, bitcoin alone, in an amount exceeding R$1.2 billion”. Similar cases have already put Binance in the crosshairs of authorities. Last month, the UK's Supreme Court issued an order requiring the exchange to identify and freeze the account of hackers responsible for a $2.6 million embezzlement that took place within the platform. At this pace, the exchange began to make suspicious trading difficult. At the end of July, it reduced by 97% the limit for withdrawals from accounts with basic verification, from R$390 thousand to R$12,000 per day — which effectively puts an end to anonymity on the platform. Shortly thereafter, Binance also required all customers to perform intermediate verification to gain access to products and services, such as deposits, withdrawals and trading in cryptocurrencies.

Inflation hits 2 digits in Brazil, analysts discuss which is the best asset to protect

The unrestrained printing of coins in Brazil and in the world has already had its consequences in several countries. In Brazil,... 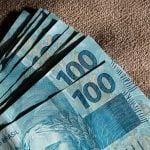